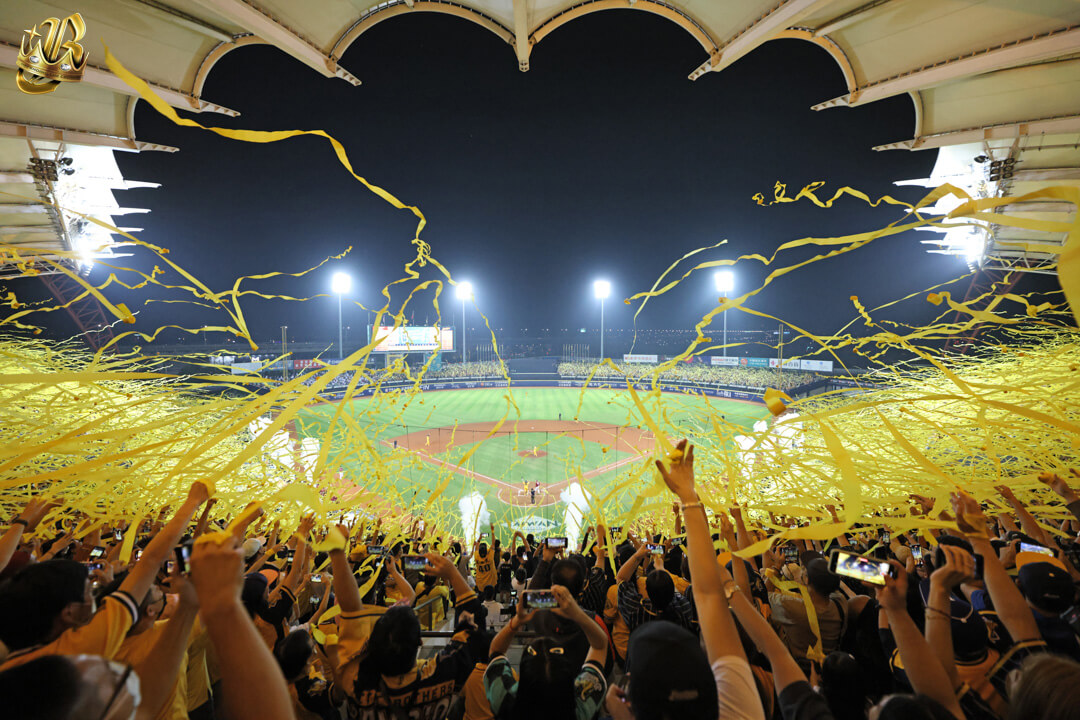 It never gets old, watching a fully packed stadium throwing streamers into the air to celebrate the winning of a championship.

On November 9, the 20,000 fans got to experience that as the CTBC Brothers defeated the Rakuten Monkeys 3-2 and won the 2022 Taiwan Series championship.

According to the league, this is the Brothers’ 9th Taiwan Series title in their franchise history since 1990.

The CTBC Brothers are you 2022 Taiwan Series Champions! This is the Brothers' 9th Taiwan Series title in their franchise history. 🐘🏆🐘 #CPBL pic.twitter.com/OEFgDg0wnm

“It’s been quite stressful in the past few weeks for our players and the coaching staff, but we did it, and we can finally relax,” said the Brothers’ manager Lin Wei-Chu.

The 43-year-old Brothers manager broke down several times during the post-game interview, in which he later revealed that his mother was involved in a severe car accident last week and underwent multiple surgeries. It has been on Lin Wei-Chu’s mind throughout the Taiwan Series. 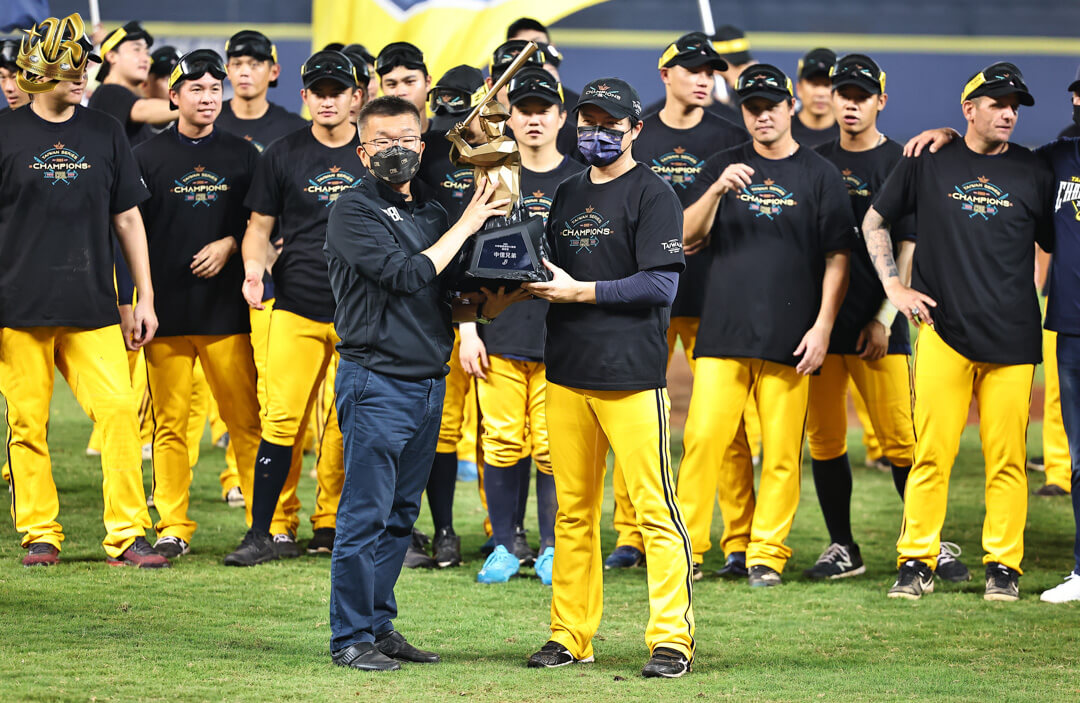 Brothers starter Wu Che-Yuan, who pitched seven innings, gave up two runs on five hits and stuck out six, was named the MVP of Game Four.

“I want to thank the management for giving me the opportunity to start Game Four of the Taiwan Series, said Wu Che-Yuan. “Another person I want to thank is our catcher Francisco Pena. I really hope our partnership can continue next season.”

“I want to dedicate this award to my parents,” said Yueh Cheng-Hua. “This was my first time hitting leadoff in the Taiwan Series, and I just focused on getting on base to help out the team.” 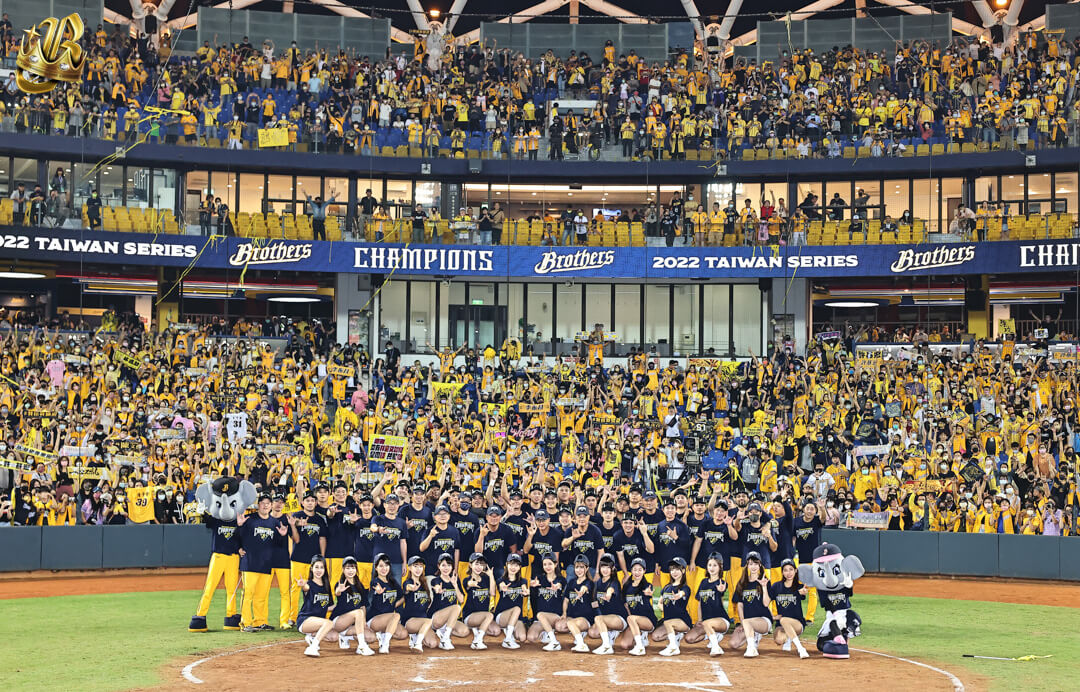 It is also worth mentioning that by sweeping the Monkeys 4-0 in the 2022 Taiwan Series, the CTBC Brothers are now on an eight-game win streak in the Taiwan Series.

“I am extremely proud of this team,” said Jeffrey Koo Jr, the owner of the CTBC Brothers. “The players on the field gave all they had in this Taiwan Series. Everyone on the team had the same goal of winning the championship.”

Jeffrey Koo Jr also told the media that he has something big planned in the near future. He will keep that a secret for now, but it is going to impact and change the overall baseball industry in Taiwan.

“The fans will find out in a few months,” said the Brothers’ team owner.

Upon hearing that, many online speculations immediately jumped to the Taipei Dome. The theory does make sense because, in the past few years, rumours have been circulating that Jeffrey Koo Jr is likely to purchase the operational rights of the Taipei Dome. According to the reports by Mirror Media, the deal is said to be worth more than 1.1 billion USD for roughly 60% stake in the Taipei Dome.

[Taipei Dome News] According to Mirror Media, Jeffrey Koo Jr (CTBC Financial) plans to enter a joint venture with SoftBank Group, CP Group and an unnamed food company to acquire the operational rights of the Taipei Dome. The deal is said to be over 1 billion USD. https://t.co/EOxN8iQGET pic.twitter.com/s6Eng23yfs