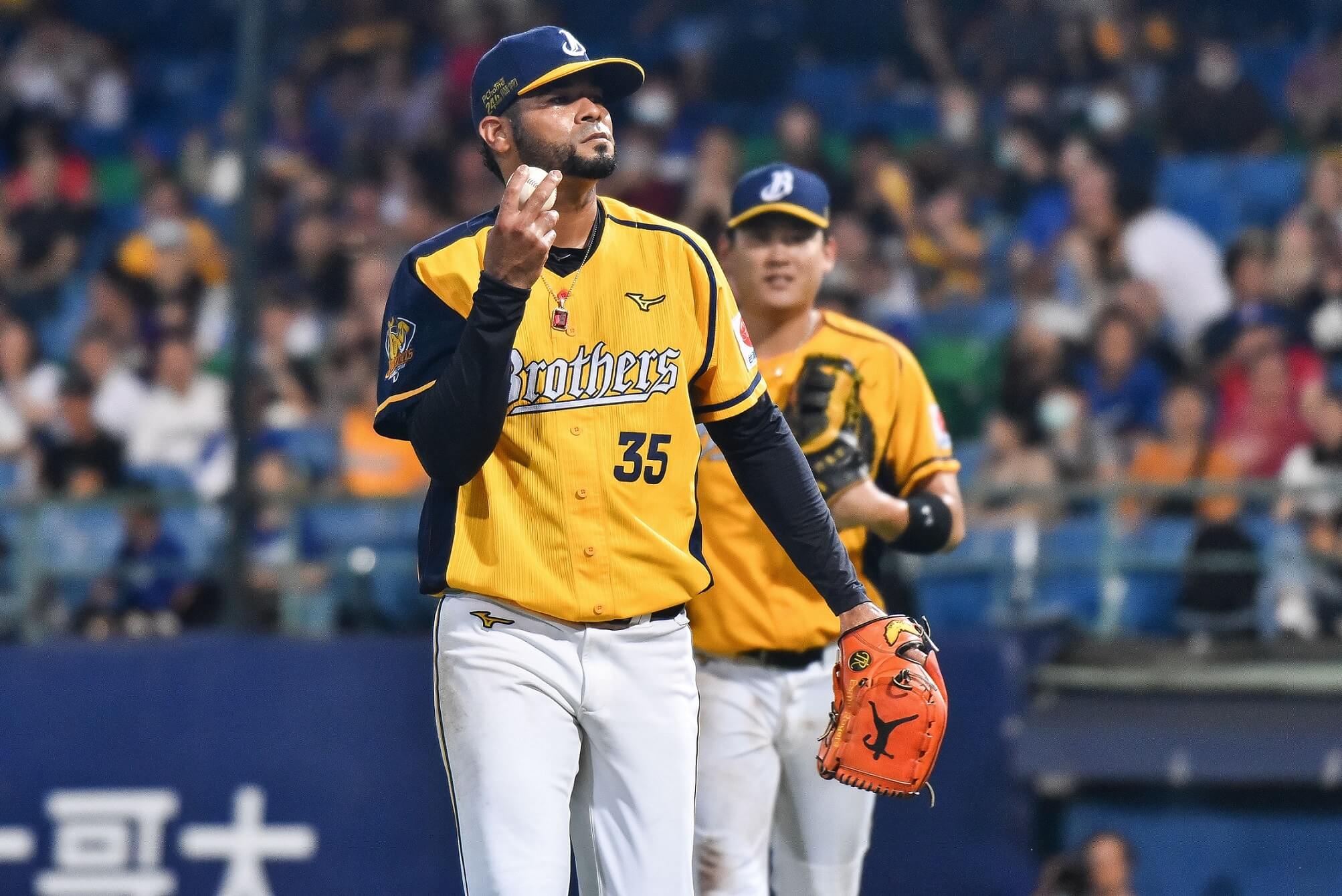 With the CTBC Brothers’ domestic ace Huang En-Shih unable to make the 2021 opening day roster due to shoulder fatigue, the Brothers are now planning ahead with their pitching depth.

On February 20, the CTBC Brothers announced the re-signing of Esmil Rogers as their fifth foreign player. According to the team, they are currently sorting out Rogers’ work permit so he can travel to Taiwan in early March.

If everything goes as planned, after a mandatory 14-day quarantine and an additional 7-day self-health management, Esmil Rogers should be able to report to the team at the end of March.

Last year, it was a night and day performance for Esmil Rogers. During the first-half season, the 35-year-old right-hander struggled and posted a 7.17 ERA and 2.02 WHIP. At one stage, he was next in line on the chopping board.

However, after a few months in the farm team, Esmil Rogers managed to turn everything around. In the second-half season, Rogers became one of the most dominating pitchers in the CPBL with 2.57 ERA and 1.10 WHIP. He finished the 2020 season with a respectable 3.47 ERA and 1.28 WHIP across 109 innings.

Another dominating outing by the CTBC Brothers' Esmil Rogers, the 35-year-old RHP tossed 8 scoreless innings and struck out 7. #CPBL pic.twitter.com/5Ex8pNkf22

With that solid performance, one might think it would make sense for the Brothers to re-sign him. But something definitely went wrong during the negotiation process in the off-season.

There are some speculations that perhaps Esmil Rogers asked for a salary package close to 500,000 USD, but was rejected by the Brothers. With both parties unable to reach an agreement, the Brothers decided to seek other options and signed two new pitchers with previous NBP experience.

After filling up their foreign player quota with four players, the Brothers are now in a much favourable position to negotiate. It is possible they managed to sign Esmil Rogers to a much smaller contract than 2020.