With the fifth expansion team entering the CPBL in 2021, the next question people often asked is “How do you set a schedule for five teams?”

On September 24, the CPBL proposed six schedule options with both single-season and split-season format at the general managers’ meeting. Some of the proposed schedules even involved increasing the number of games from 120 to 128 per team.

Fast forward to the GM meeting on December 8, the teams and the league finally reached an agreement on the 5-team schedule format. Here are some of the key points for a 5-team schedule.

Below is an example of a 5-team schedule format. Generally speaking, the next step, the league would use a lottery system to allocate the five teams to the schedule. 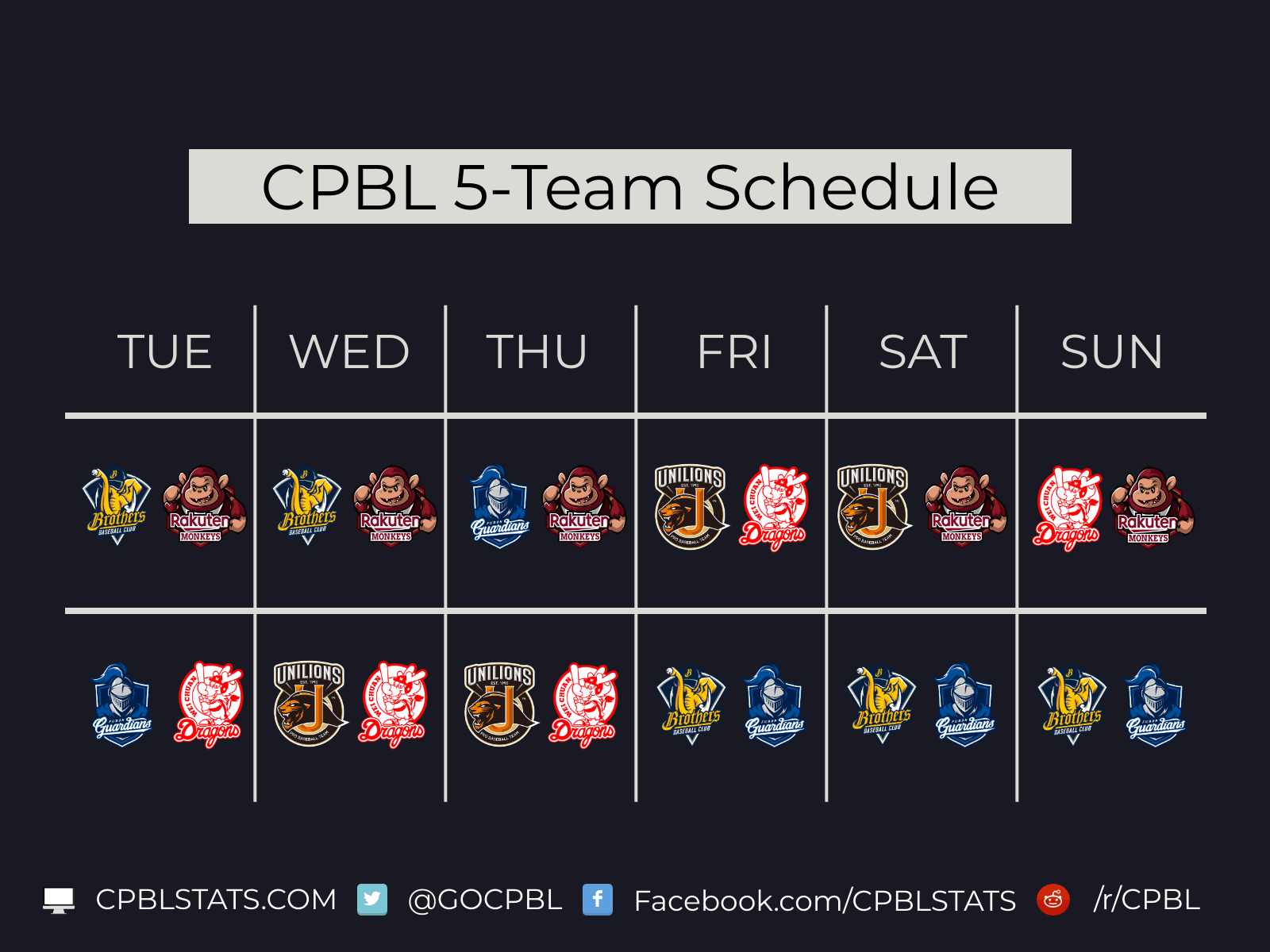