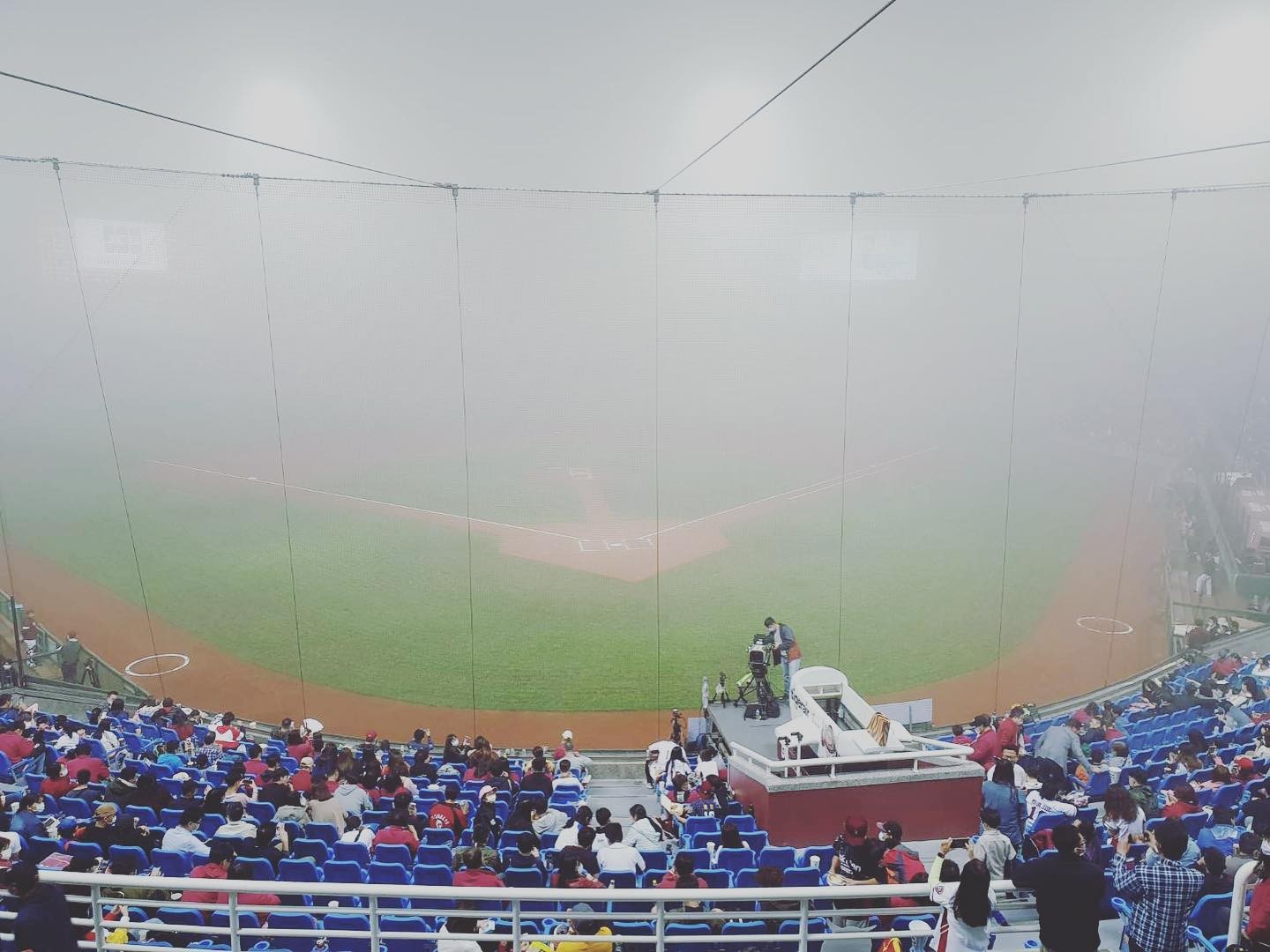 Game Suspended Due to Thick Fog

Welcome to Silent Hill, no, I mean Taoyuan Stadium. On March 26, the game between the Uni-Lions and Rakuten Monkeys was suspended due to dense fog.

Welcome to Silent Hill! No, I mean Taoyuan Stadium. Here is the time lapse video of the heavy fog from last week. #CPBL pic.twitter.com/1uTAp0VbXM

The game started okay with a little fog in the first two innings. Visibility wise, it was slightly noticeable, but the game was still playable. It looks like just one of those game with some minor precipitation fog.

However, it got worse in the third inning. As the fog thickens, players were barely visible in the outfield. The Monkeys right fielder, Chan Chih-Yao, was having difficulty tracking the flyball but still managed to make an impressive last-minute sliding catch.

“That was not a nice play, I got lucky with that one,” Chan Chih-Yao told Liberty Sports. “I couldn’t see the ball at all and have to rely on my intuition to make the catch. In the past the fog tend to disappear after an inning or two.”

Well, the fog did not disappear. It got even thicker. On top of the fourth inning, hitters can no longer see the ball thrown by the pitcher. And that was when the umpire decided to step in and suspended the game.

“I have never seen anything like this before in my 18-year career,” said the Uni-Lions veteran Kao Kuo-Ching.

According to CNA, this is not the first time the CPBL suspended the game due to heavy fog. The first time it happened was in Chiayi city on March 13, 2000. The game was called off due to dense fog in the seventh inning, and the Uni-Lions ended up defeating the Whales 11-0.