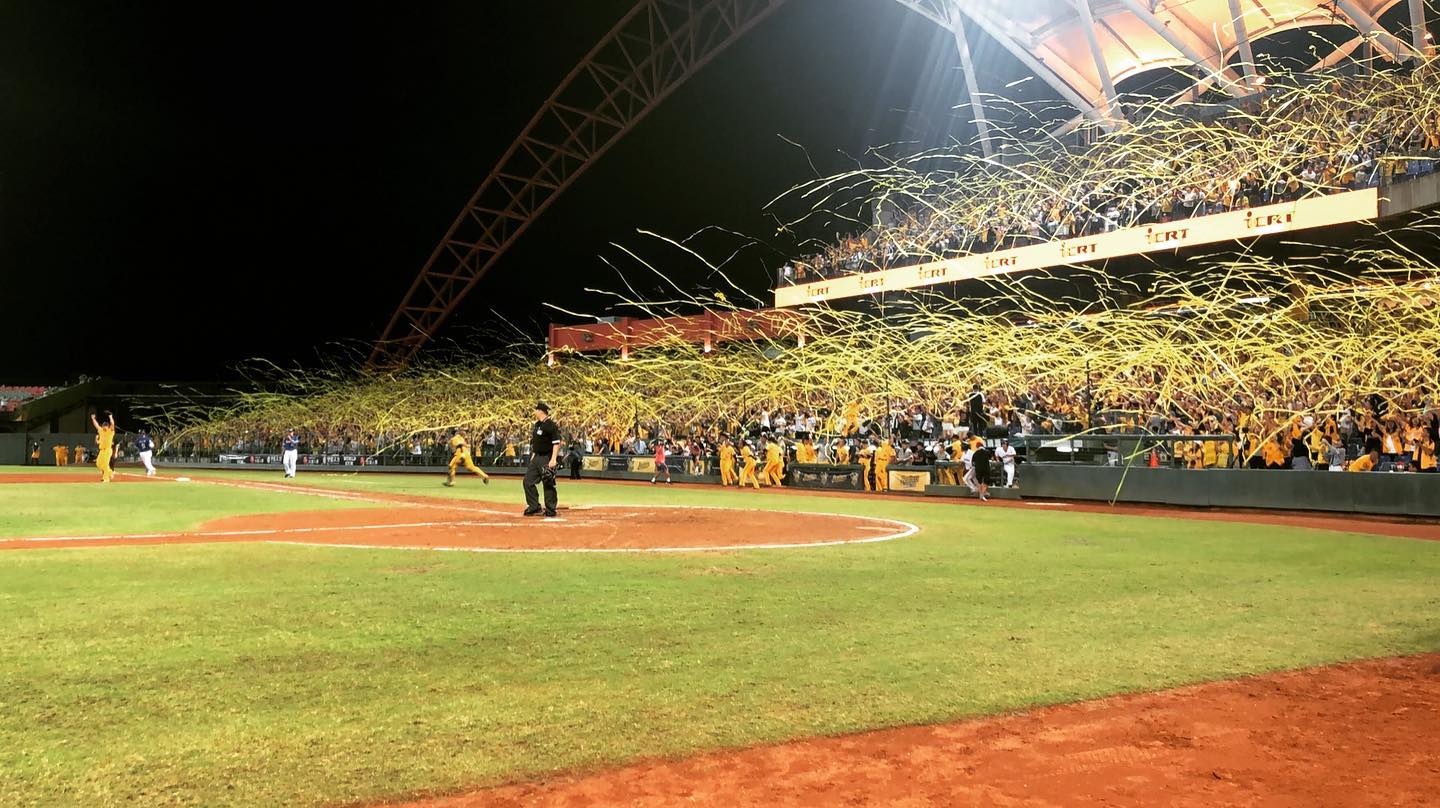 The Chinatrust Brothers have done it. On October 1, they have clinched the 2019 second-half CPBL season title by defeating the Guardians 8-3. With the win, the Brothers will face the Lamigo Monkeys in the 2019 Taiwan Series.

“Our players did a helluva job, and we thank the fans for supporting us,” said the Brothers’ manager Scott Budner. “We’ve got a lot of work to do, and we’ll take this on one game at the time.”

#CTBros have clinched the 2019 2nd-half season title. The Brothers will face the Monkeys in the 2019 Taiwan Series. #CPBL pic.twitter.com/6a9Iu42zBr

Recap of the Game

The Guardians jumped on board early in the first inning by scoring two runs on three hits. The Brothers answered immediately in the bottom of first with a solo shot by 岳東華 (Yueh Tung-Hua). Top of the second, the Guardians added another run with a lead-off triple followed by a sacrifice fly to make the score 3-1.

Bottom of the third, the Brothers started their offence with a lead-off triple. With a walk followed by another extra-base hit by Chan Tzu-Hsien, the Brother tied up the game at 3-3. A few moments later, Chang Chih-Hao followed through with a hit and sent the go-ahead run home.

The Brothers continued to hammer the Guardians in the bottom of the fourth inning. With two hits, two walks and a bases-clearing double by 41-year-old veteran Peng Cheng-Min, the Brothers have further extended their lead to 8-3.

#CTBros' 41-year-old veteran 彭政閔 (Peng Cheng-Min) extends the Brothers' lead to 8-3 with a bases-clearing double down the line. #CPBL pic.twitter.com/x09XIiAq8n

The Brothers’ ace Mitch Lively once again delivered a solid performance. The 34-year-old righty tossed six innings, gave up three earned runs on seven hits and struck out eight in the process.

From seventh to the eighth inning, the Brothers’ relievers kept the Guardians lineup at bay. Closer 李振昌 (C.C Lee) entered in the ninth and successfully slammed the door and secured the ticket to the 2019 Taiwan Series.

“We are the best hitting team in the league right now, we’re going to go out there and win this thing,” said the Brothers’ ace Mitch Lively. “Our final goal is to give [retiring veteran] Peng Cheng-Min the championship.”

“With several of our veterans retiring after this season, we want to bring home the championship,” said the Brothers’ closer C.C. Lee. 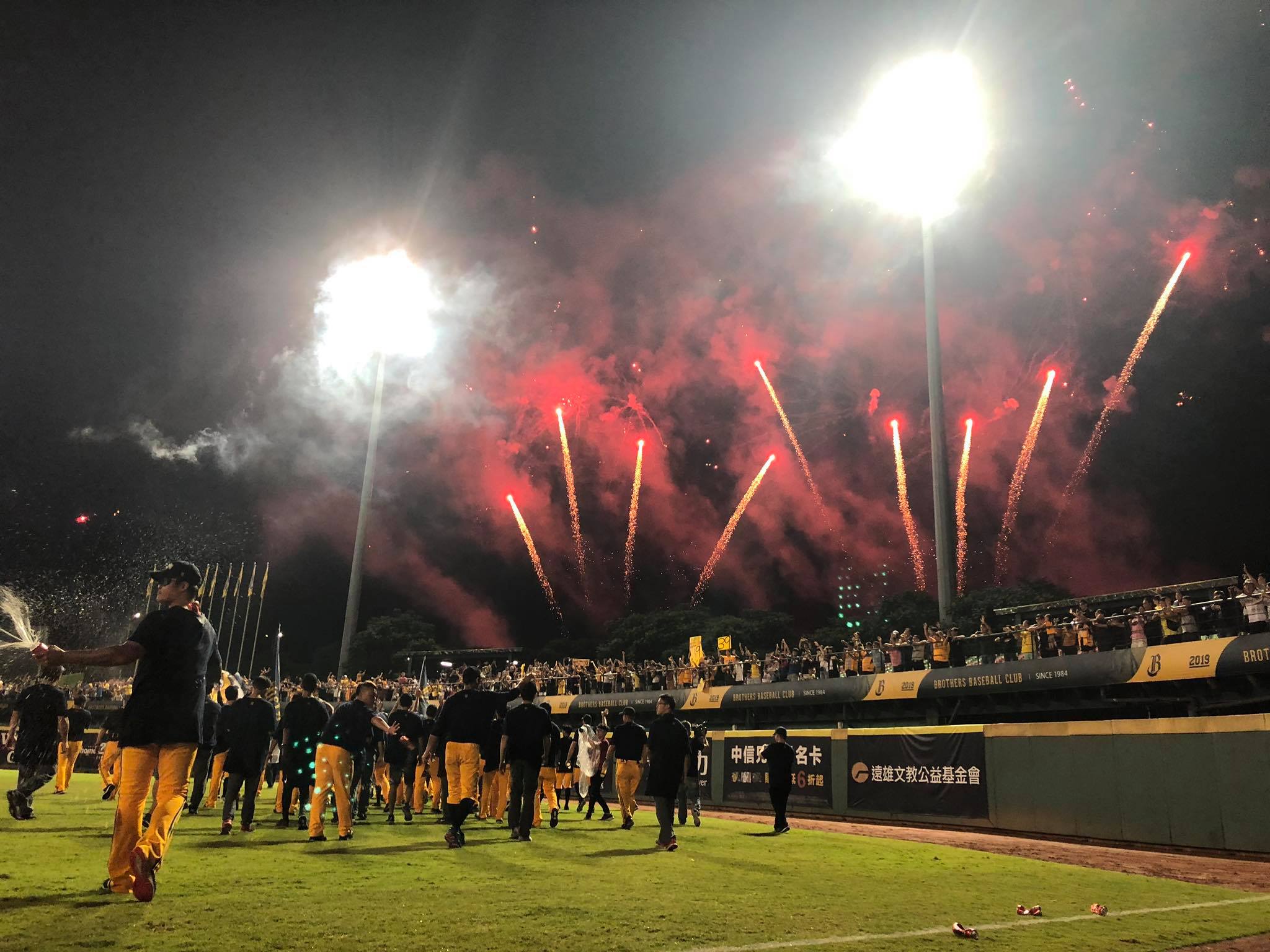 There is still a very slim chance the Guardians will make the playoff. If in the next three games, the Brothers have the following results against the Monkeys.

Should that happen, then the Guardians would retain their number one overall win percentage, and there will be a best-of-five playoff series. However, draws are rare these days in the CPBL, while this scenario might still happen, it is highly unlikely.