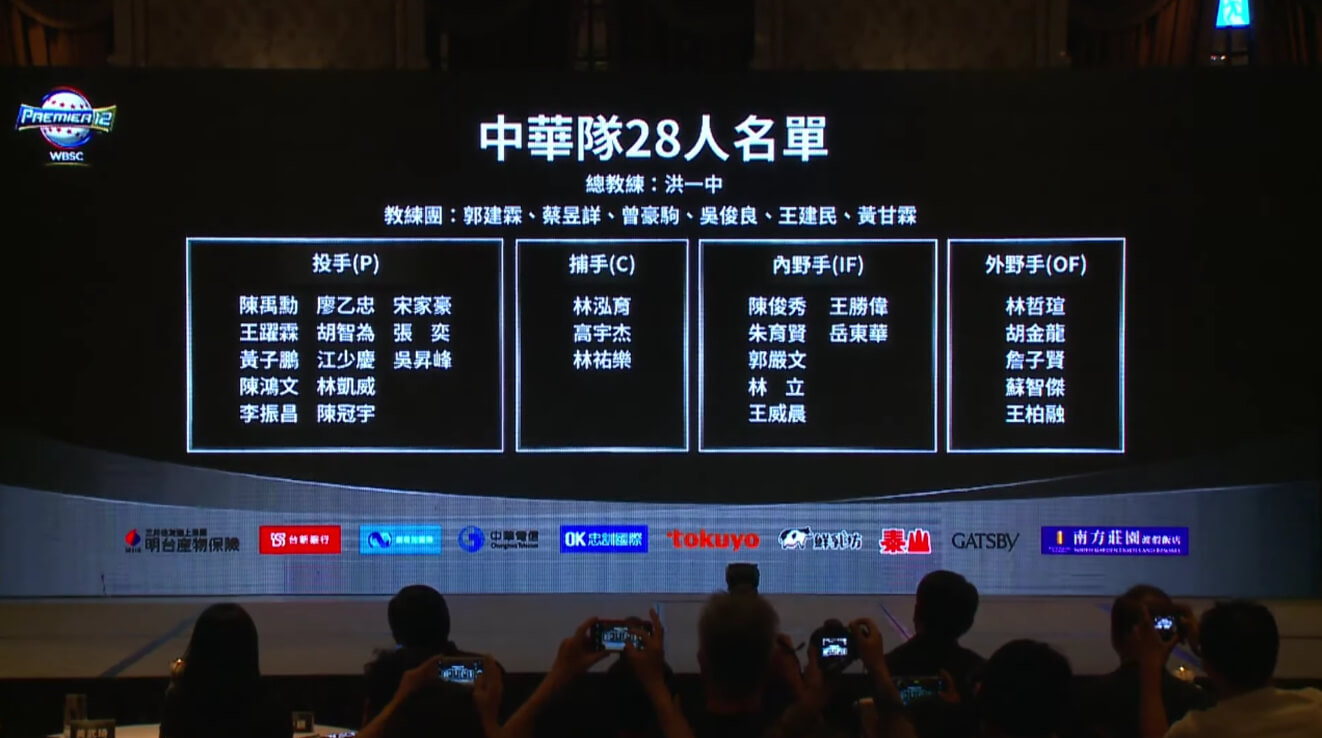 On October 1, Taiwan has announced the 28-man roster for the 2019 WBSC Premier12 tournament. According to Team Taiwan’s manager, the first phase of the training camp will begin on October 8.

From November 5-7, Team Taiwan will the group opening round taking on Puerto Rico, Venezuela and Japan. The top two teams from each group will advance to the super round.

The Taiwanese national team are mostly made up of CPBL players along with five players from the MLB system, three from NPB and two amateurs. Out of 28 players, there are 13 pitchers, three catchers, seven infielders and five outfielders.

On October 20, rumours began to circulate that team Taiwan are expecting to make some major adjustment to their 28-man roster. Nothing is confirmed at this stage, we will update the roster after the official announcement.

On October 23, the CPBL have announced the roster adjustment to the 28-man roster.

On October 30, Team Taiwan made another adjustment to the 28-man roster.