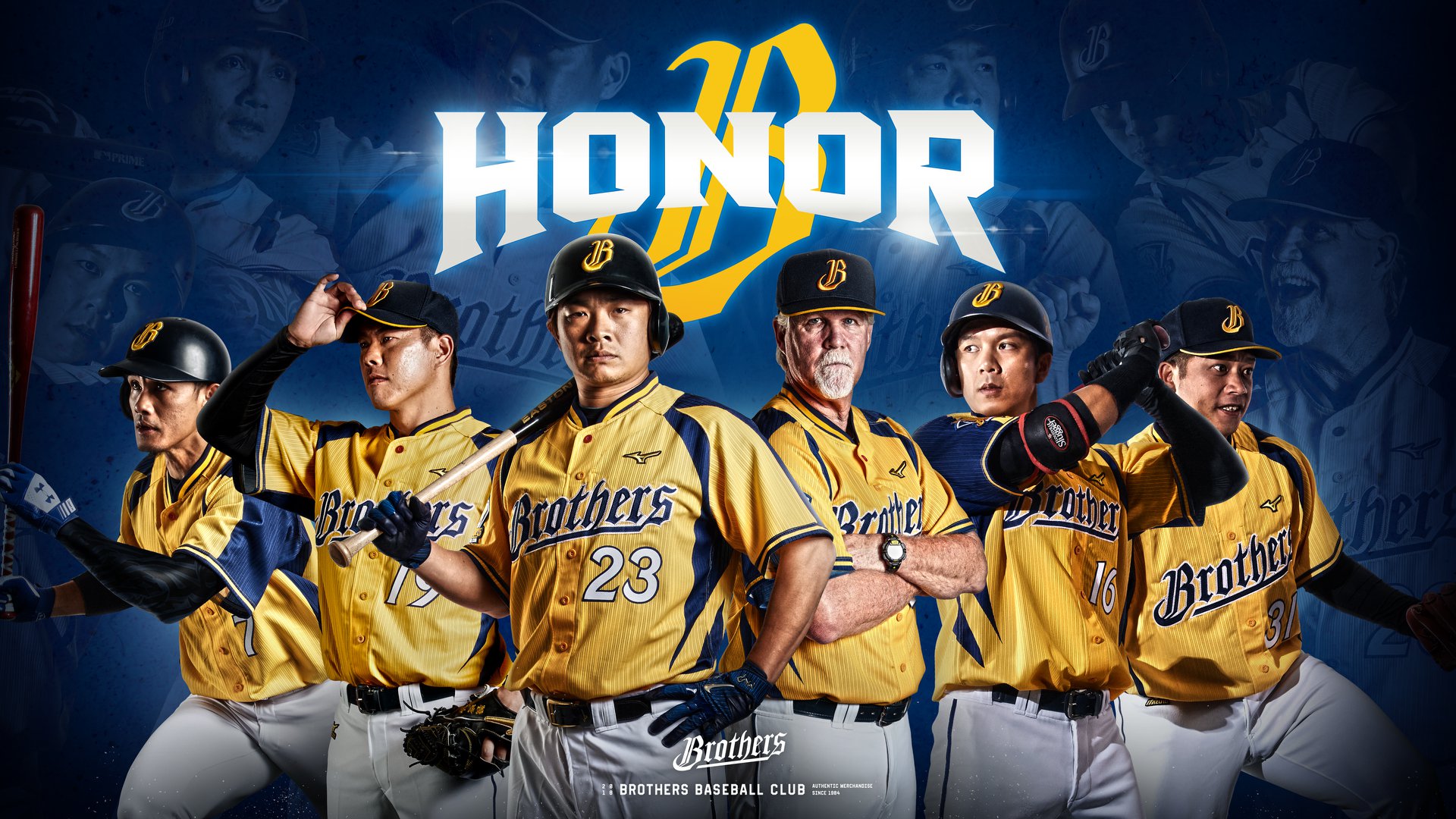 The Chinatrust Brothers have announced their 2018 slogan “HONOR”, at the same time unveiled their brand new home and away uniforms for the 2018 CPBL season.

The concept behind the slogan is once the game start, the Brothers’ players will give 100% in effort and not only play for the win, but also play for the honor of the team.

According to the Brothers’ general manager, the team have spent over one million USD for renovation and upgrading the stadium facilities during the offseason. In 2019 season, the Brothers will be having all 60 home games at the Taichung Intercontinental Stadium.

In another word, after the Monkeys fully adopted Taoyuan Stadium and the Guardians with Xinzhuang Stadium, the Brothers are now going to fully adopt a home stadium, no more traveling around Taiwan.

2018 New Home and Away Uniforms

For the 2018 home games uniform, the Brothers are still keeping their traditional yellow as the primary colour, only adding the additional indigo highlight on the side and shoulders for contrast.

As for the 2018 away games uniform, it is safe to assume that no one saw this coming. The Brothers are certainly trying something new this season with the usage of the grey as the base colour of their away games uniform. 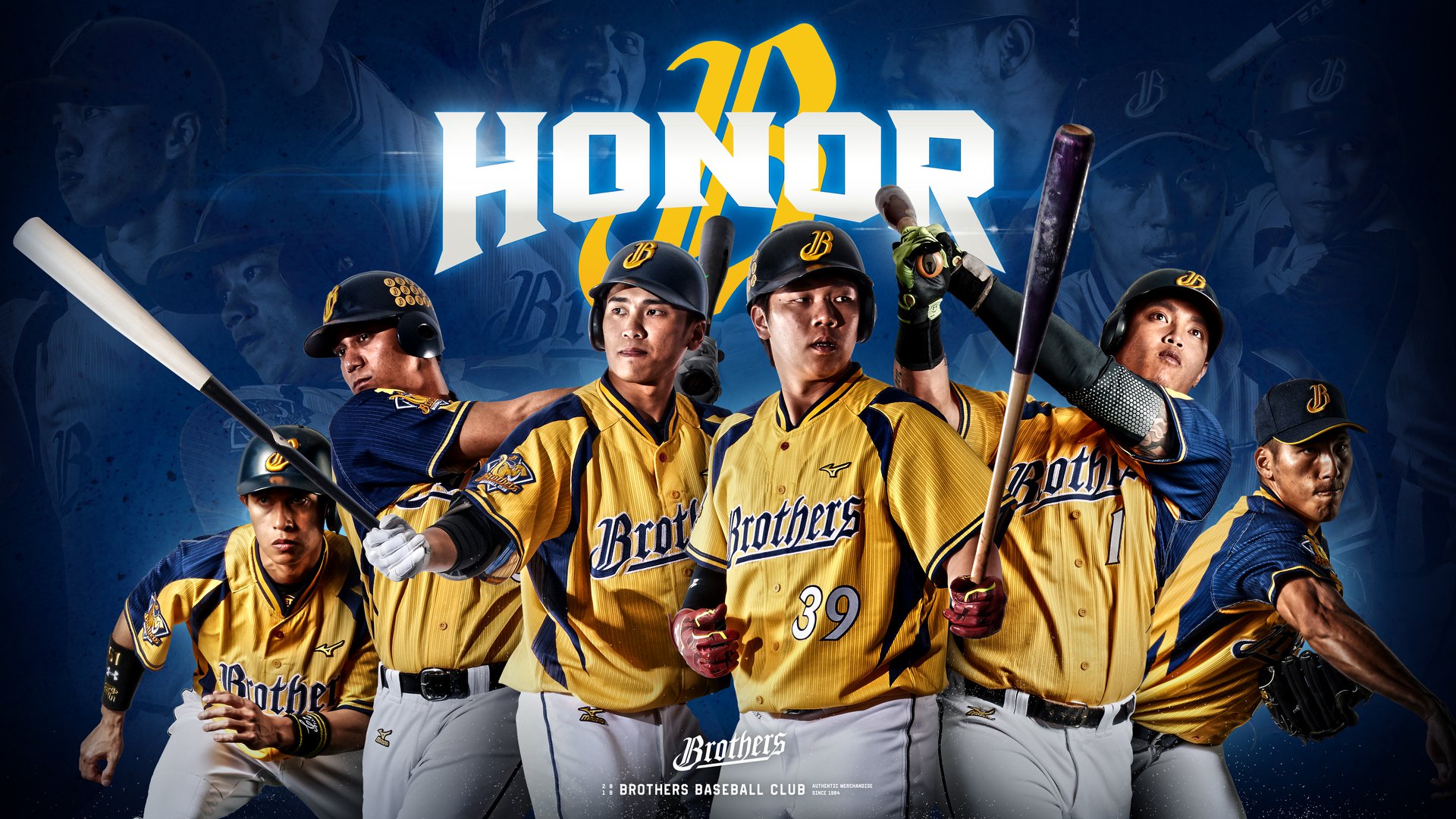 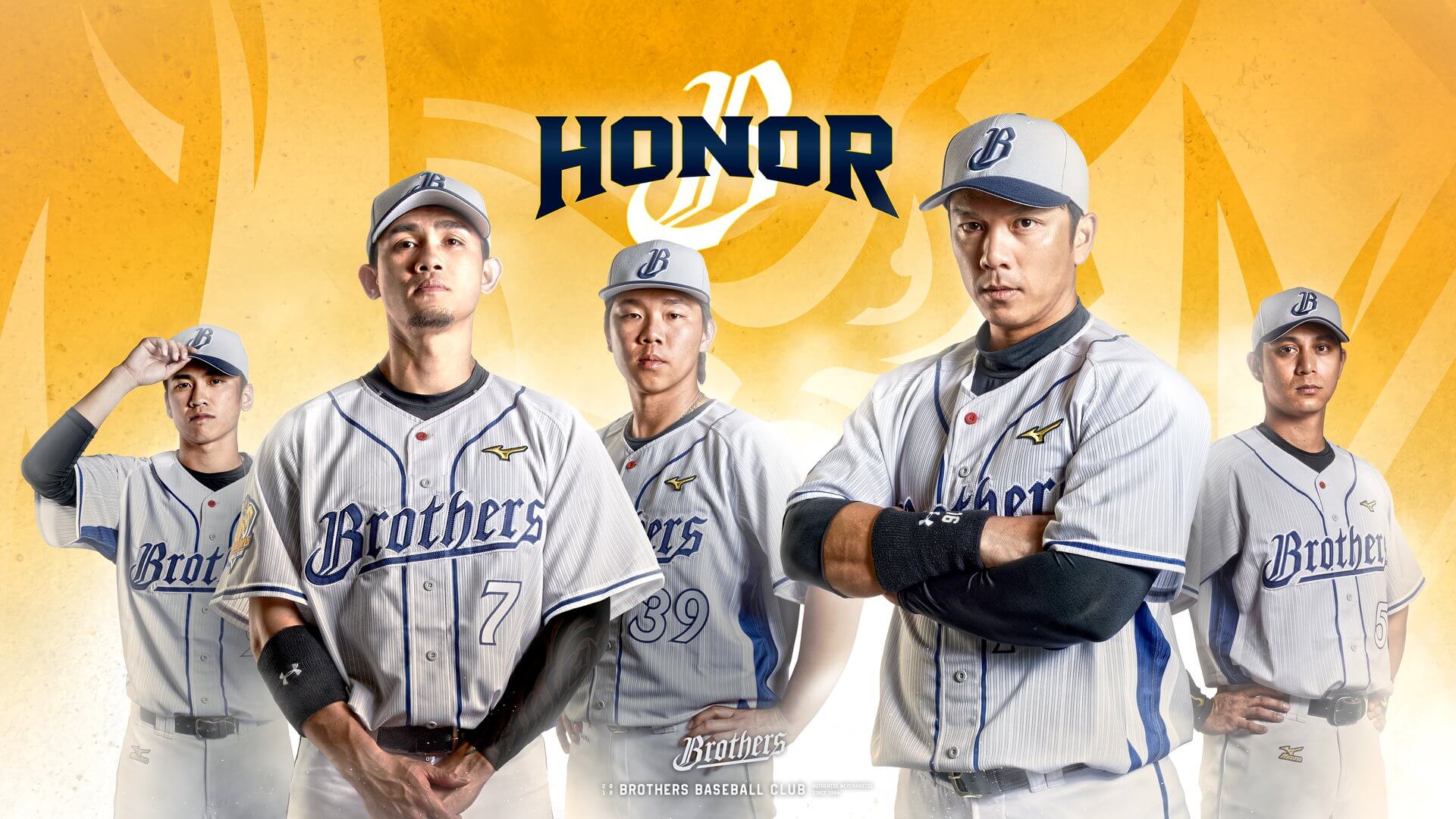 The Brothers have partnered up with the Taiwanese band 宇宙人 (Cosmospeople) for their 2018 theme song “Winning This Game”.

The meaning behind the song is for the Brothers fans to reconnect with the team, and reignite that original passion which made them a Brothers supporter in the first place.