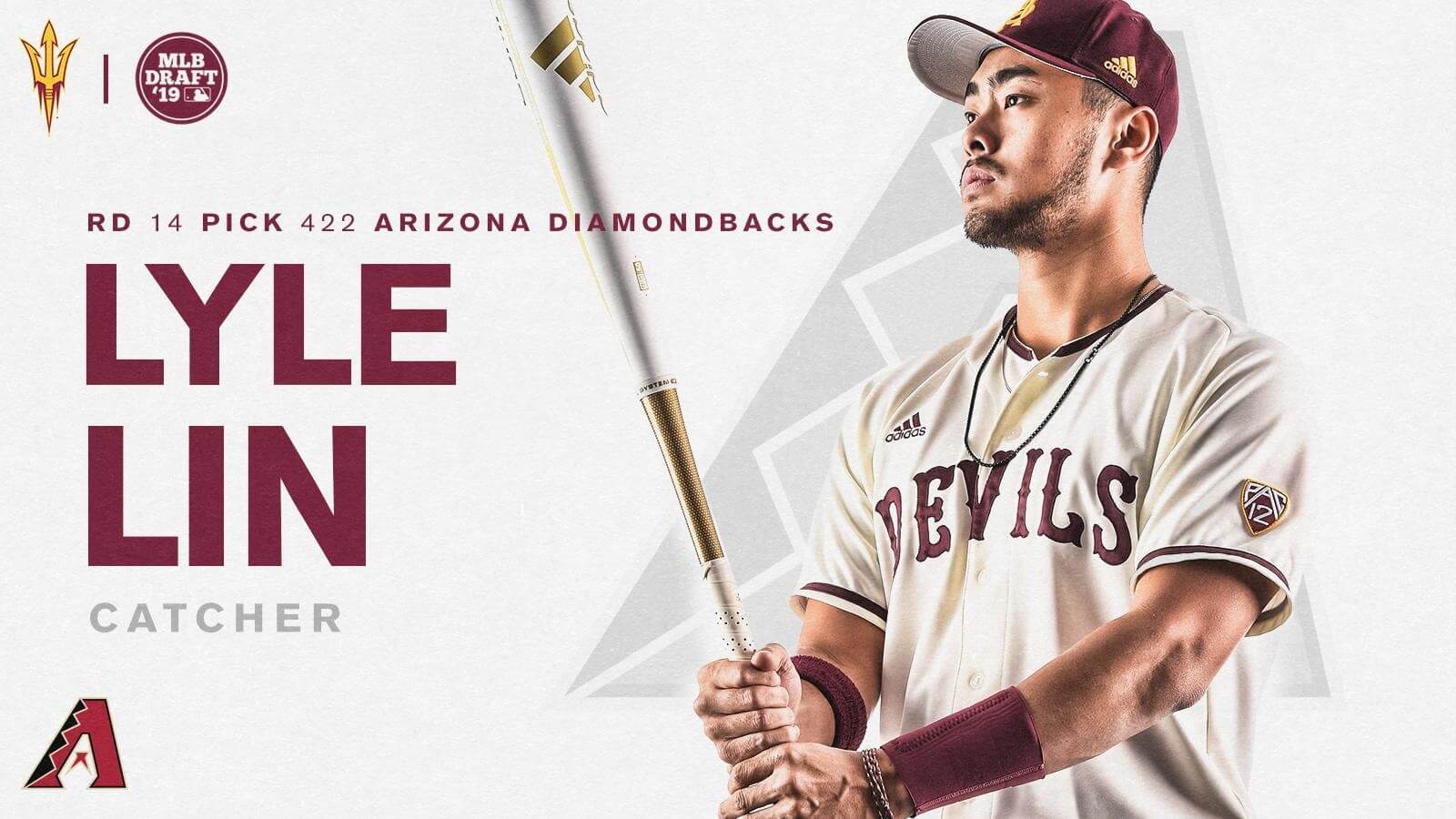 On the third day of the 2019 MLB Draft, 21-year-old Taiwanese catcher Lyle Lin was drafted by the Arizona Diamondbacks in the 14th round.

“I am grateful that I was drafted once again by an MLB organisation,” said Lyle Lin on his Facebook page. “The dealing with the Diamondbacks will begin immediately with my advisor in the United States. I hope to have some good news in the near future.”

Lyle Lin serving up an oppo taco on this Friday night. 🌮@ASU_Baseball is within three. Watch live: https://t.co/XyNbVMFhdi pic.twitter.com/NyR4umo7W8

It is not the first time Lin got drafted by an MLB organisation. In 2016, the Seattle Mariners drafted Lin in the 16th round right out of high school. Two years later as an ASU sophomore, the Houston Astros picked him up in the 29th round.

This one is bit of a stretch, but Apart from Lyle Lin, there is another Taiwan connection in the 2019 MLB Draft. The Arizona Diamondbacks’ first round pick Corbin Carroll. Apparently, Carroll’s mother is Taiwanese.

Washington's high school Player of the Year is headed to the desert.