We’re 80 games into the 2017 season (Total 240 games).  And from the 2017 general attendance stats it shows an increase in attendance when comparing with 2016 full year record.

But how does the 2017 stats stack up against 2016 record if comparing it game-by-game?  The result is actually quite interesting.  Of course being it’s game-by-game comparison the obvious weekend/theme nights would also need to be considered.  We’ll probably get a true reflection on the data after the 1st half-season. 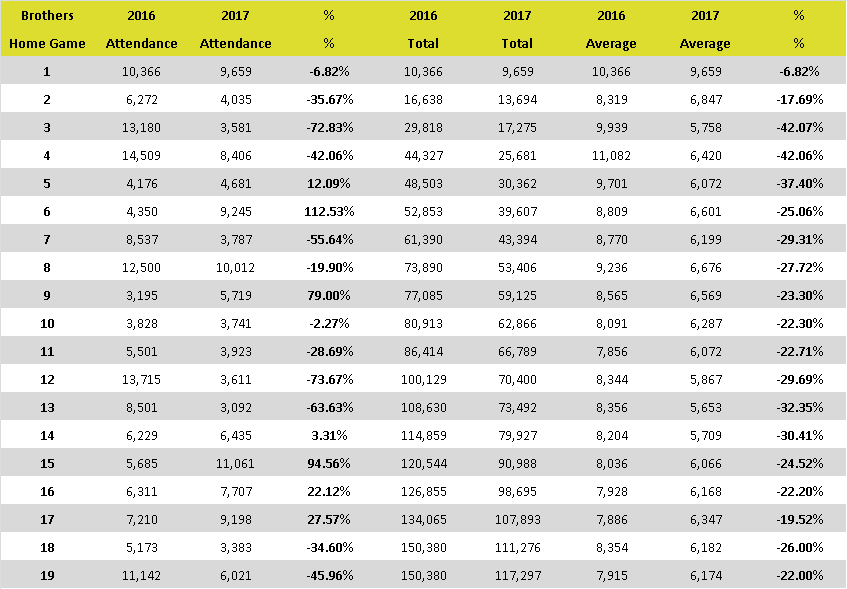 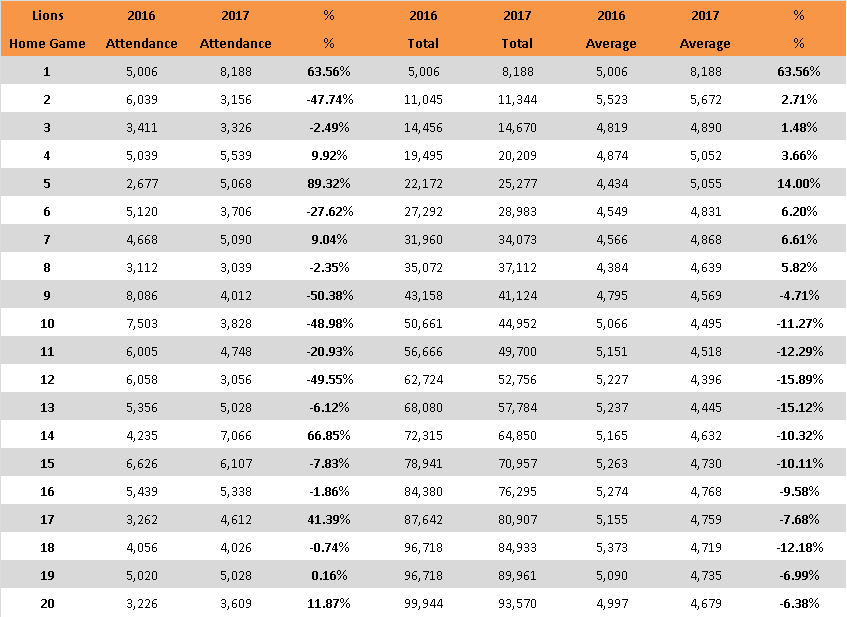 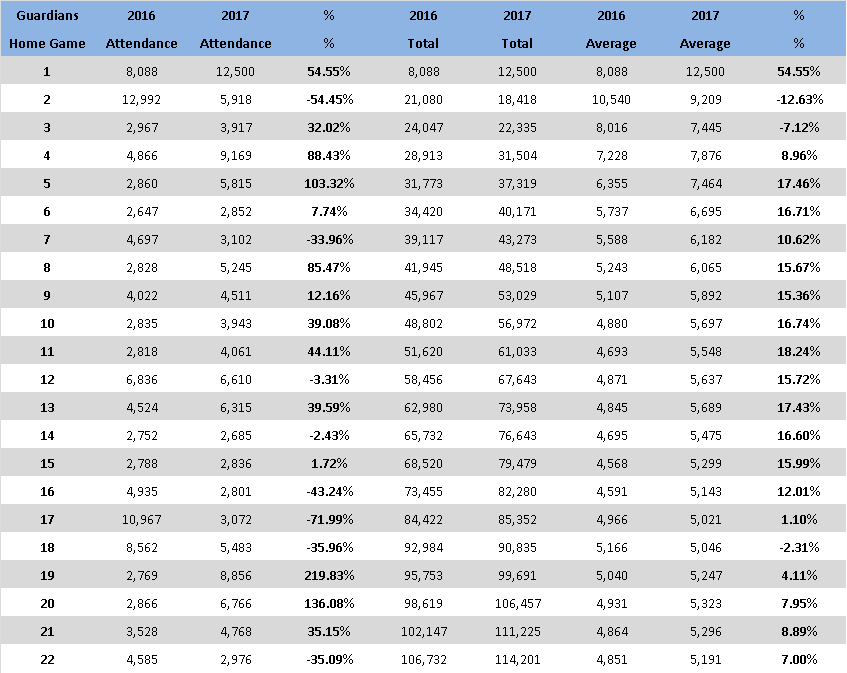