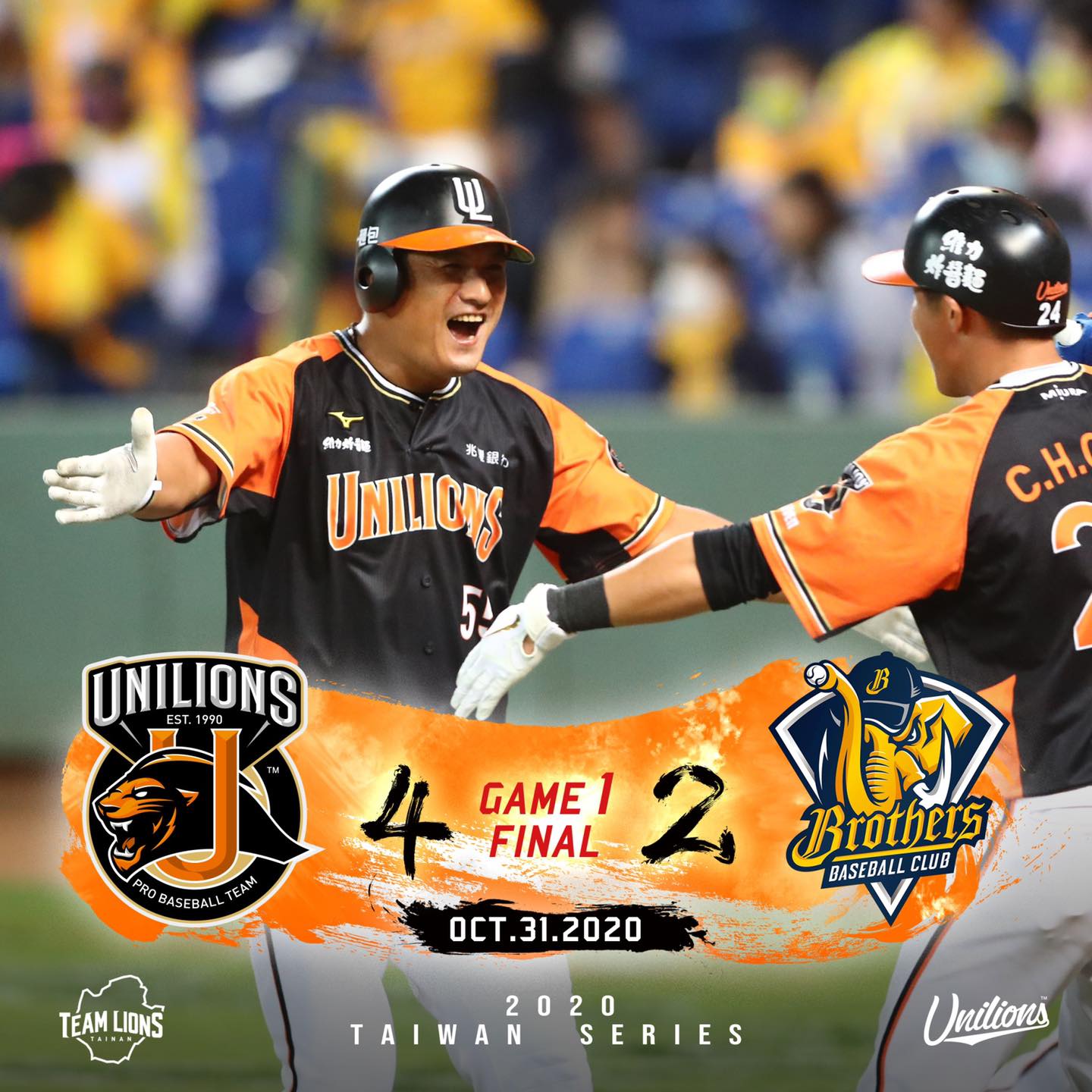 Oldie but a goodie, the Uni-Lions’ 39-year-old veteran Pan Wu-Hsiung delivered a clutch pinch-hit go-ahead home run in the extra innings to propel the Uni-Lions to a 4-2 victory in Game one of the 2020 Taiwan Series. The Uni-Lions now lead the Brothers 1-0 in a best-of-seven series.

The two teams will meet for game two on November 1 at Taichung stadium. The Uni-Lions have named Tim Melville as their starting pitcher. The Brothers will send 2020 CPBL pitching triple crown winner José De Paula to the mound hoping to even the best-of-seven series.

Tim Melville posted a 3.57 ERA, 1.42 WHIP over 17.2 innings against the Brothers this season. He will need to watch out for the following players:

The haunting of Taichung stadium. I believe that's a ghost! 👻 #CPBL pic.twitter.com/LQJAHS3lKK