Brothers don’t shake hands, brothers gotta hug! The Yueh brothers, aka the “CTBC Smash Brothers”, each belted a home run to cement a 9-1 victory over the Uni-Lions in Game two of the 2020 Taiwan Series. Both teams are tied 1-1 in the best-of-seven series. 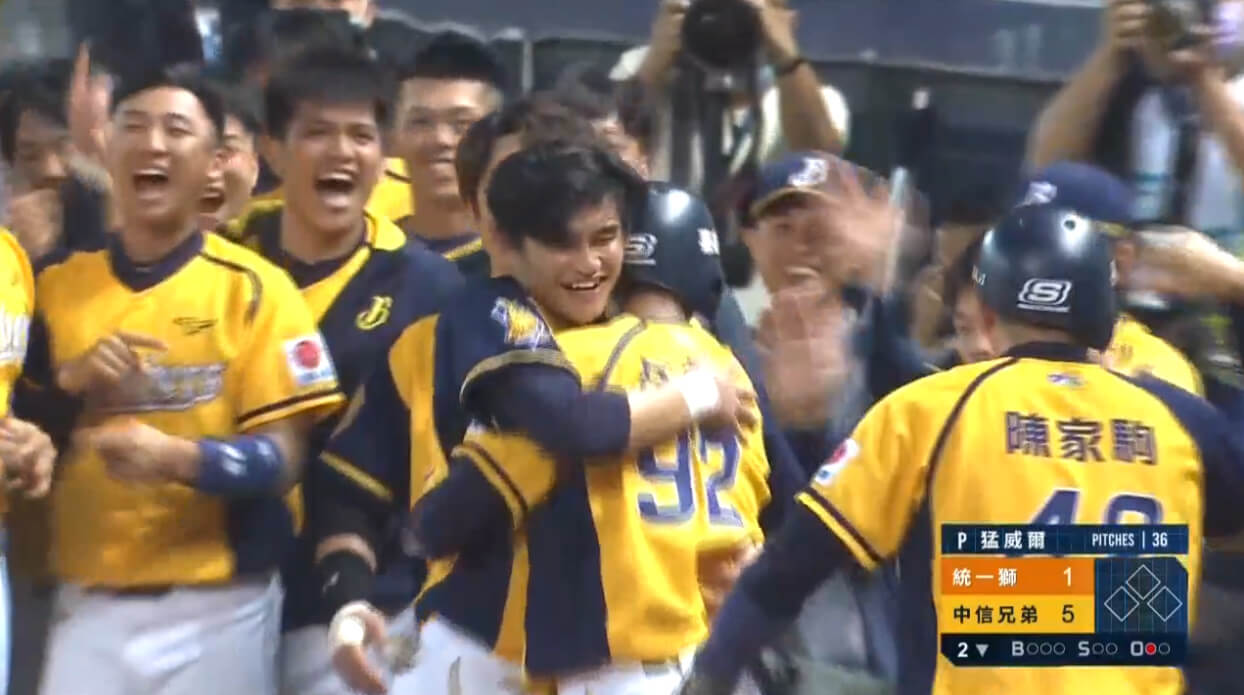 Matchups against the other team + hitters to watch out for

Game 3 starters: Brothers Ariel Miranda vs. Uni-Lions Teddy Stankiewicz. Game time is 6:35 pm on Tuesday, November 3 (5:35 am EST) in Tainan. I guess fans in the US can sleep in a little!

Ariel Miranda posted a solid 3.05 ERA, 1.34 WHIP over 56 innings of work against the Uni-Lions this season. The hard-throwing Cuban lefty will have to watch out for the following players:

Although with a small sample size against the Brothers, the Uni-Lions’ Teddy Stankiewicz absolutely dominated the Brothers this season. Over three games, he posted a 0.00 ERA, 0.96 WHIP across 17.2 innings. Stankiewicz will need to be careful when facing the following players:

It's the work of the Taichung stadium ghost! 👻 #CPBL https://t.co/41JSiBpIPl pic.twitter.com/0cOs9kZooR