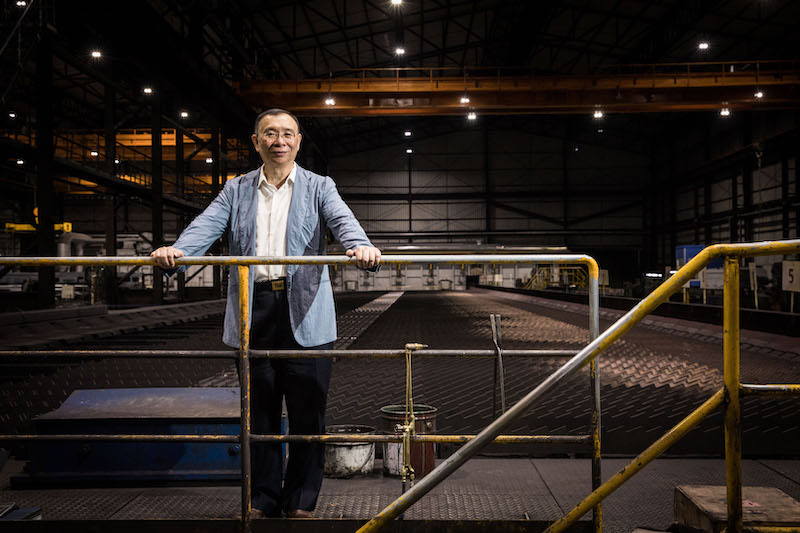 On December 12, Jeffrey Koo Jr, the owner of the CTBC Brothers, at a celebration banquet, revealed that Taiwan Steel Group (TSG) is interested in becoming the CPBL expansion team.

Shortly after, the CPBL commissioner confirmed the rumour. Tsai Chi-Chang told the media that Taiwan Steel Group had indirectly asked about the expansion team conditions.

“The CPBL has not officially met with the Taiwan Steel Group yet, as they only made the enquiries via third parties,” said the commissioner. “Apart from Chunghwa Telecom and TSG, there are other corporations that are also interested.”

The commissioner went on and said due to the market size, the league is currently leaning on expanding one team at a time.

“Although we have multiple conglomerates expressed interest in joining the CPBL, we will only pick one to become the expansion team,” said the commissioner.

According to ETtoday, Taiwan Steel Group have been planning for joining the CPBL for quite some time now.

TSG even has some preliminary plans regarding the facilities for their first and farm teams. Both are likely to be based in Kaohsiung City. The first team will use Chengcing Lake stadium, while the farm team will be at Li-De stadium.

The article also mentioned TSG is hoping once the CPBL approves their expansion team proposal, they can skip the farm league and start competing in the first-year level right away.

Under the current CPBL expansion team regulations, the new team must spend their first season in the farm league. After one year, they will be promoted to the CPBL top league. Should TSG wish to bypass the rule, the CPBL board (all the teams) will have to agree on this and amend the regulation.

Taiwan Steel Group: Who Are They?

TSG is one of Taiwan’s largest electric furnace steelmaking groups in Taiwan. It owns multiple publically traded companies under the TSG umbrella.

As per the report by TSNA, Taiwan Steel Group have signed a 5+5 year sponsoring deal with the GhostHawks basketball team. TSG is committed to providing roughly 650,000 USD per year for the first five years of the ten-year agreement.

For the obvious reason, in order for TSG to operate a CPBL team, they would have to spend more than that, as the CPBL annual operating budget is way higher than basketball and football.

Other Potential Corporations as Expansion Team

Since January 2021, multiple corporations from various sectors have surfaced as the potential sixth CPBL team.

There is PX Mart, a major supermarket chain. Chunghwa Telecom, the largest telecommunications company in Taiwan. And last but not least, Taiwan Steel Group, a major player in the steel industry.

So will one of those three corporations become the new CPBL expansion team? Or is it going to be another conglomerate that is currently operating beneath the surface? I guess we will find out in the next few months.

According the #CPBL commisioner, he will reach out to 4 corporations that could be the potential 6th CPBL team. The commissioner also hinted those 4 corporations are mostly "retailers with distribution network".