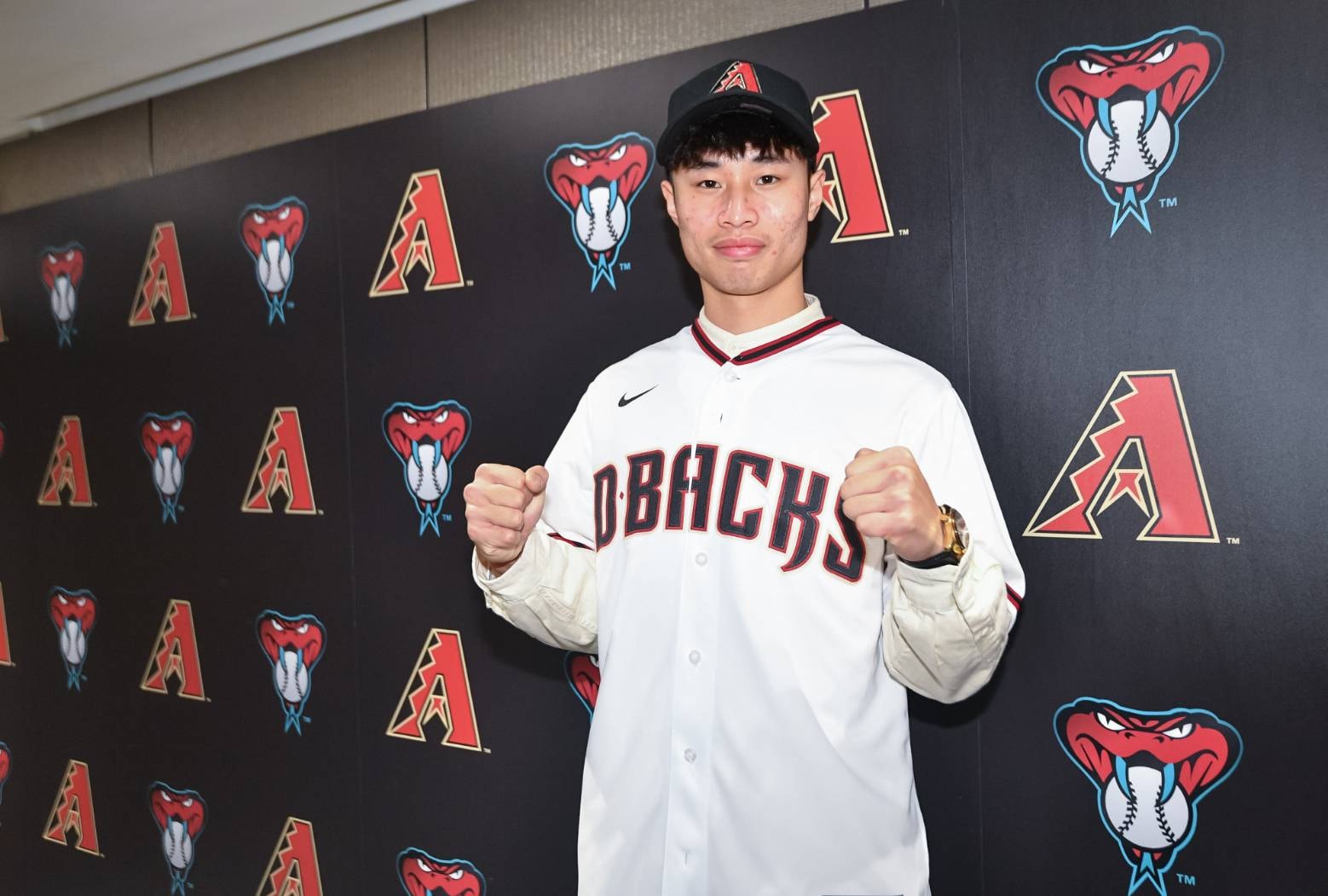 On December 17, Yahoo Sports Taiwan reported that 林昱珉 (Lin Yu-Min) has reportedly agreed to terms with the Arizona Diamondbacks.

According to the media, the Diamondbacks initially offered a 500,000 USD contract, but Lin turned it down. After further negotiations, both parties settled on $600,000.

On February 18, the Arizona Diamondbacks and TeamBros agency held a signing press conference for Lin Yu-Min.

“The Diamondbacks organisation is here to help Lin Yu-Min develop, first as a man, second as a ballplayer, and we are very excited to get started,” said Peter Wardell, the Director of International Scouting of the Arizona Diamondbacks.

Wei revealed that judging by Lin’s Yu-Min’s ability, he should be able to handle Low-A in his first year of pro-ball. However, the Diamondbacks organisation wished to play it safe so that Lin is likely to begin his professional career from Rookie ball.

Lin Yu-Min has extensive experience representing Team Taiwan in multiple international tournaments across all levels (U-12, U-15, U-18 and U-23).

Back in September, Lin Yu-Min represented Taiwan in the WBSC U-23 Baseball World Cup. Facing hitters that are much older than him, Lin posted a solid 2.42 ERA and struck out 14 across 8.2 innings against Cuba and Venezuela.

Lin Yu-Min stands 178 cm and weighs 65 kg. His fastball sat around 145kph but was able to reach 149kph. He throws a slider, curve, changeup and splitter with decent control for his age group.

With this signing, Lin Yu-Min will become the fifth Taiwanese players to play in the Diamondbacks system. After Huang Wei-Chieh, Lin Kai-Wei, Lyle Lin and Chen Sheng-Ping.

[Taiwan U-18] 16-year-old 林昱珉 (Lin Yu-Min) channelled his inner Hideo Nomo and struck out 6 across 2 innings of work against USA. #TWHSBaseball pic.twitter.com/CI58KMZExS