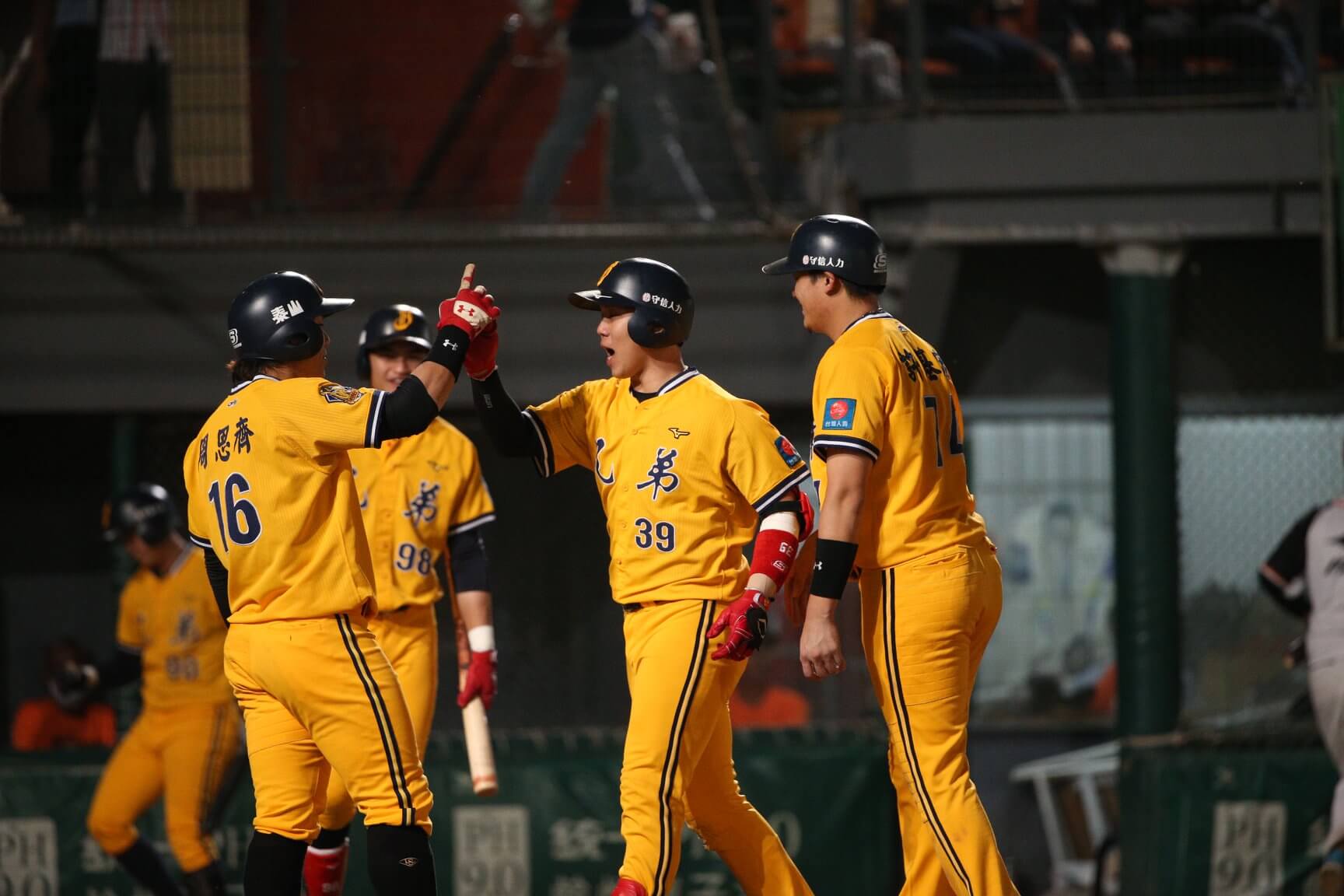 Just one game away! The CTBC Brothers put up a rally in the fourth and fifth inning to lay the foundation to their 6-3 victory over the Uni-Lions. With the win, the Brothers are now in a favourable position with a 3-1 lead in the best-of-seven Taiwan Series.

The @CTBC_Brothers' back-to-back 3-run innings establish a big lead. The pitching staff limits the Lions to 0-for-10 w/ RISP to get a 3-1 lead!

Game four began with a domestic pitchers matchup, and both Chiang Chen-Yen and Huang En-Sih did considerably well and were able to hold their opponents at bay in the first three innings.

The CTBC Brothers drew the first blood in the fourth inning, with two walks and an error by the Uni-Lions’ third baseman, the Brothers loaded up the bases with just one out.

Rookie shortstop Chiang Kun-Yu stepped into the batter’s box and immediately sent the first pitch he saw to deep left for a sacrifice fly.

The Brothers did not get the Uni-Lions’ starting pitcher any breathing room, they once again loaded up the bases with an infield single and followed up with a 2-RBI single by Yueh Cheng-Hua.

Top of the fifth, with a 3-0 lead, the Brothers struck again. With a single and a walk, they forced the Uni-Lions to go to their bullpen.

After battling for eight pitches, the Brothers’ Chan Tzu-Hsien zeroed in on a hanging curveball and extended the Brothers lead to 6-0 with a three-run home run.

The Uni-Lions attempted to mount a comeback in the late innings with a solo home run by Kuo Fu-Lin and a two-run shot by Lin An-Ko. However, it was too late for that.

After gave up a home run, C.C. Lee, the Brothers’ settled and struck up the final Uni-Lions’ batter to secure the victory for the Brothers.

For Game five, both teams are going with their foreign starting pitchers. The Brothers will call upon Esmil Rogers, while Brock Dykxhoorn gets the nod from the Uni-Lions.

Esmil Rogers posted a 2.84 ERA and 1.30 WHIP over 25.1 innings against the Uni-Lions during the regular season. In Taiwan Series Game One, he gave up one earned run across eight strong innings of work.

Canadian right-hander Brock Dykxhoorn during the 2020 regular season compiled a 4.38 ERA and 1.14 WHIP over 24.2 innings when facing the Brothers. In Taiwan Series Game One, Dykxhoorn allowed one earned run over six innings.

CTBC Brothers are leading the Uni-Lions 3-1 in the best-of-seven series. 🐘🏆🦁 #CPBL pic.twitter.com/yf2Xm0tQBn