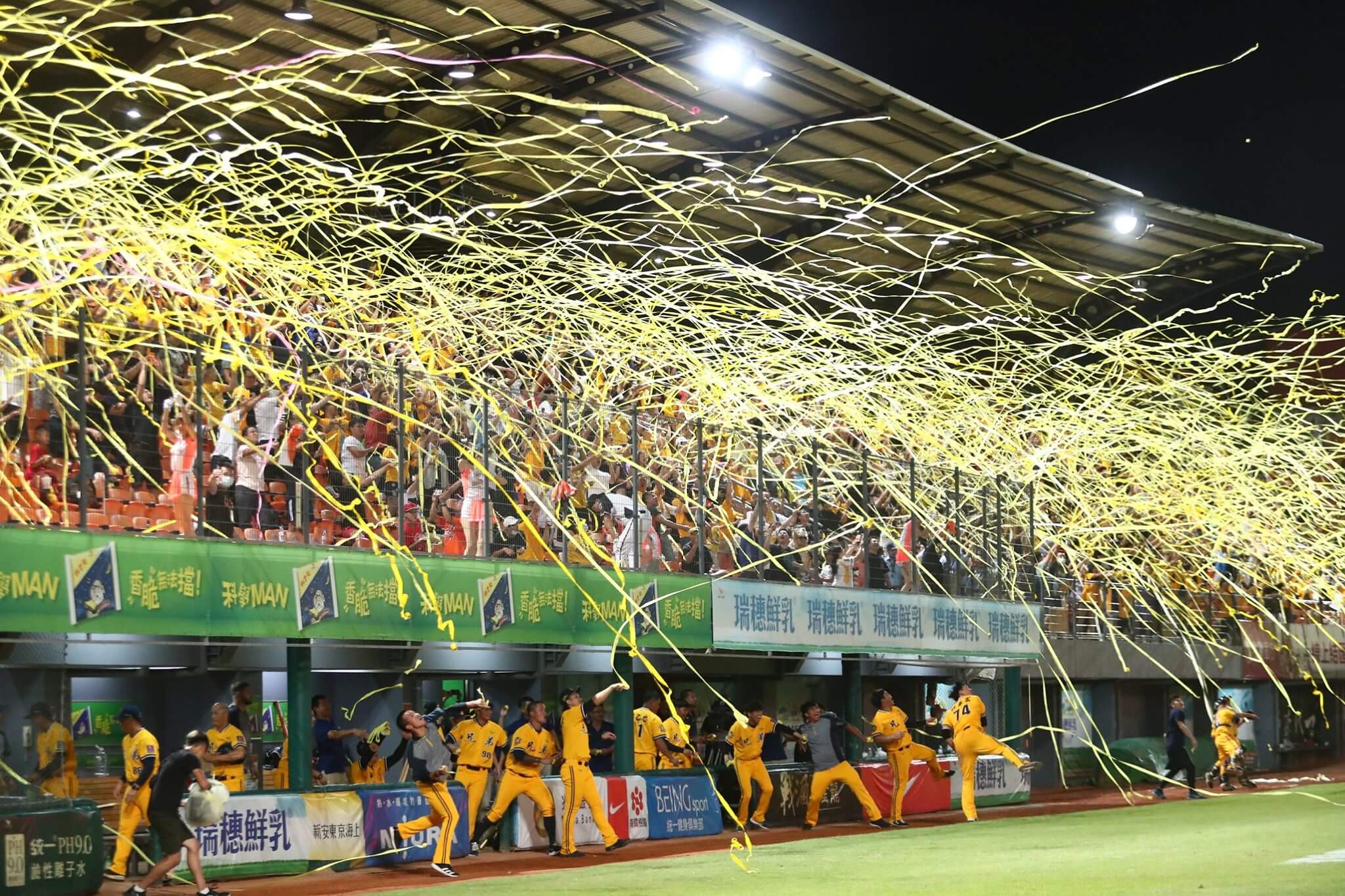 Two outs, bottom of the ninth, runners on first and second, the CTBC Brothers were leading the Uni-Lions 6-1. The Brothers’ Jose De Paula threw a 148kph fastball at the outer corner and struck out the Uni-Lions’ batter.

The stadium instantly erupted with cheers with thousands of yellow streamers covering the sky and the field.

Just like that, on July 14, the CTBC Brothers have won the first-half season title for the 2020 CPBL season and punched their ticket to the playoff.

“I want to thank the players for trying their best this half-season,” said the Brothers’ manager Chiu Chang-Jung. “Being a rookie manager, I really appreciate all the support from the front office and the coaching team.”

“I have been preparing for this game for almost a week,” said Jose De Paula. “I want to thank the pitching coach for providing me with some ideas on how to approach the hitters in the CPBL.”