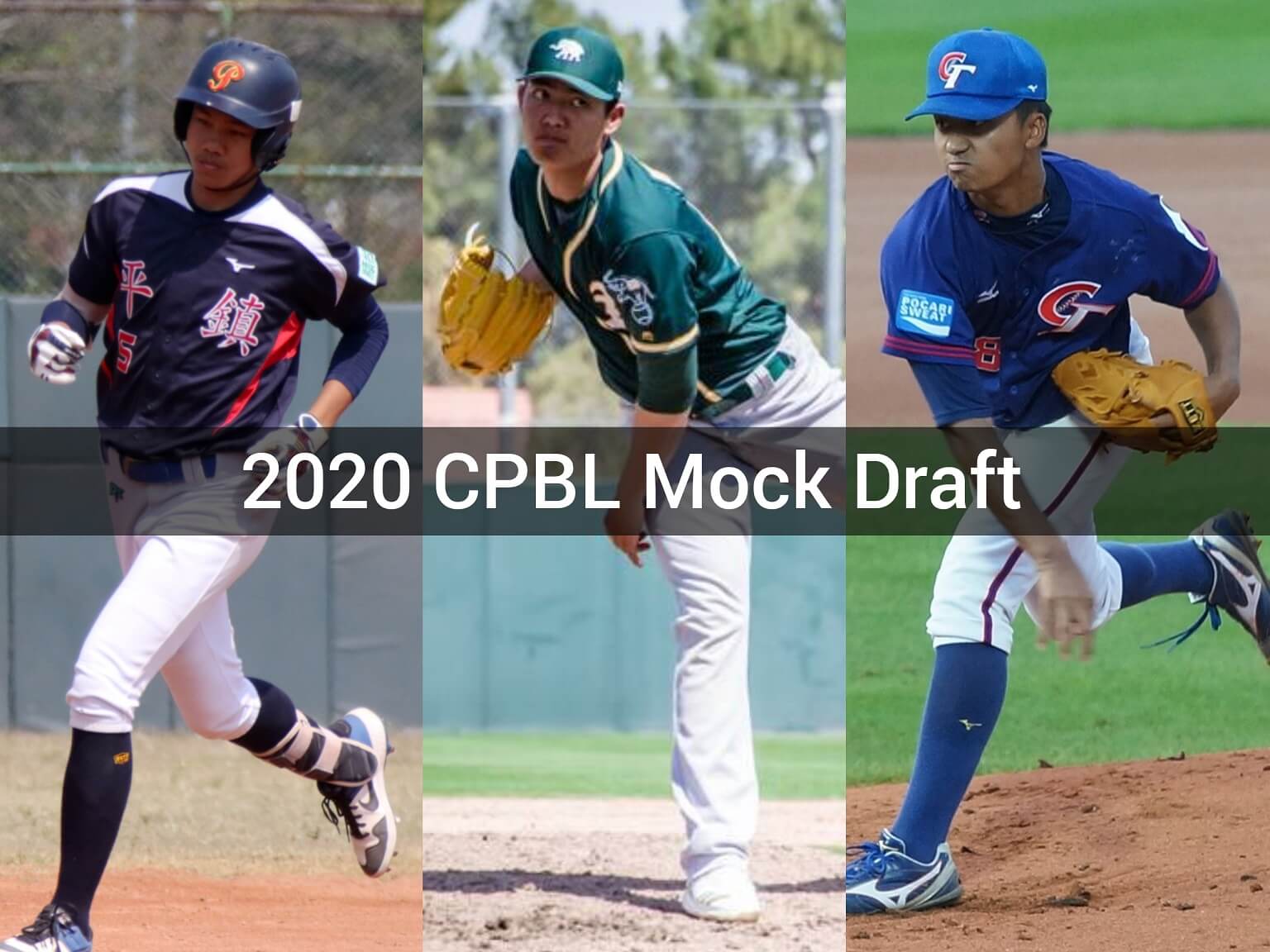 The annual CPBL Draft is upon us once again. On July 20, a total of 123 talented amateurs from various high schools, universities and the industrial league will enter the 2020 draft and get the opportunity to turn professional.

The Wei Chuan Dragons, being the expansion team, they will be given the incentive to draft twice in the first two rounds. The 2020 CPBL draft order is as follows.

Will the teams pick the high school prospects and spend time developing them? Or select players that are CPBL first team ready and trying to get a boost in the second-half season? Or just go with the strategy of picking the best available player at that time regardless of their position?

As always, here are our 2020 CPBL draft predictions for the first round. We will also include video highlights and some quick information about those players.

Draft Order:🐲🦁🛡️🐘🦍🐲. The Dragons, being an expansion team will get to draft twice in the first two rounds. pic.twitter.com/Tkil9y6Rg0

Once again, huge thanks to Taiwan Baseball Notes for providing all the videos. TBN is the best online resource for anything related to amateur baseball in Taiwan.

Notes: Wang Wei-Chung is a young hard-throwing left-hander who is also a starting pitcher. It is almost certain the Dragons are going to draft him as the overall first pick.

Notes: Yu Chien got this pitbull mentality when on the mound, he is not afraid to throw inside or challenge the batters directly. Yu is best known for pitching 6.2 scoreless innings with seven strikeouts against Team USA in the U-18 Baseball World Cup.

Notes: Although Sung Sheng-Jui entered the CPBL draft as an outfielder, however, when a player can throw 153kph, the team would definitely consider giving him a chance to be a pitcher.

There are some slight concerns over his health. As over the years in the MLB system, Jhang is a frequent visitor to the injured list.

Another Potential First Round Scenario

Here is another potential draft scenario in the first round. Jhang Jin-De would be the key man here. It all depends on the Fubon Guardians’ approach this year’s draft, do they still want to keep their usual “win now, must collect all the former MLB system players?”

Or are they going to focus on rebuilding? If they are still going to stick with their old draft strategy, then we are very likely to see the Guardians drafting Jhang Jin-De in the first round, third overall pick.

Should the Guardians draft Jhang, then the 2020 first-round draft is likely to be the following:

San Francisco Giants' prospect 張進德 (Jhang Jin-De) smashed one out of the stadium during the Premier12 warm-up game between Taiwan and Cuba. #WBSC pic.twitter.com/JAox2z6jMt

Notes: Prior to entering the 2020 mid-season draft, Kuo Chun-Lin was training with the Monkeys’ farm team.

Notes: Prior to entering the 2020 mid-season draft, Liao Jen-Lei was training with the Brothers’ farm team.