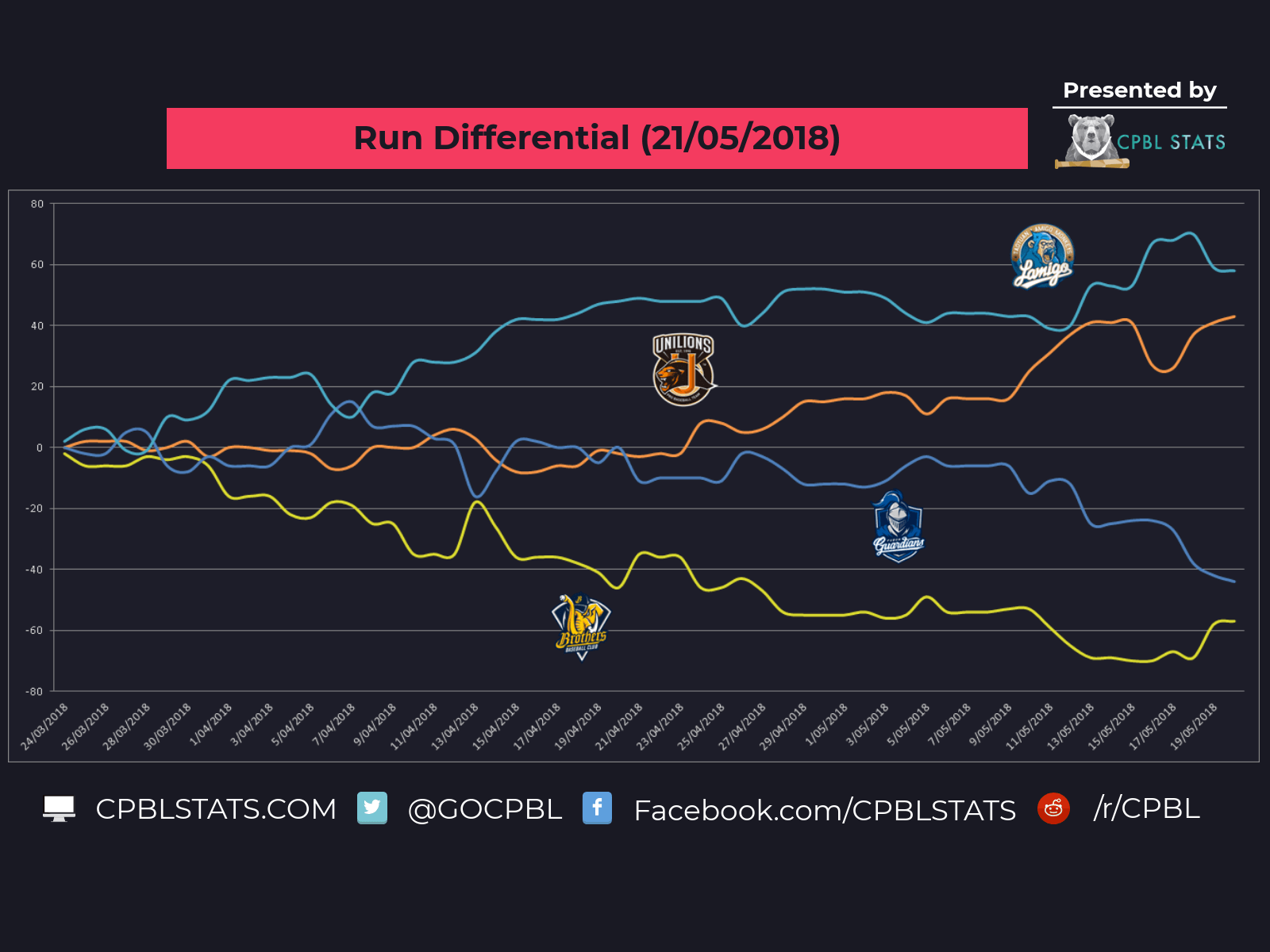 With 80 games into the 2018 CPBL season, here is another edition of the CPBL debrief (21/May/2018). We will be covering the basic overall graphical standings, run differential, average attendance record and a few nice plays highlight.

CPBL Plays of the Week

#UniLions 郭阜林 (Kuo Fu-Lin) fields a grounder deep in foul territory and makes an off-balance throw across the diamond for the out!! 😱 #CPBL pic.twitter.com/DMi5vBmeHT

It is also worth mentioning after last night’s victory, the Uni-Lions are now on a 12-game win streak against the Fubon Guardians.

Both the Fubon Guardians and the Brothers are struggling in the first half season with the elimination number at 11 and 8. 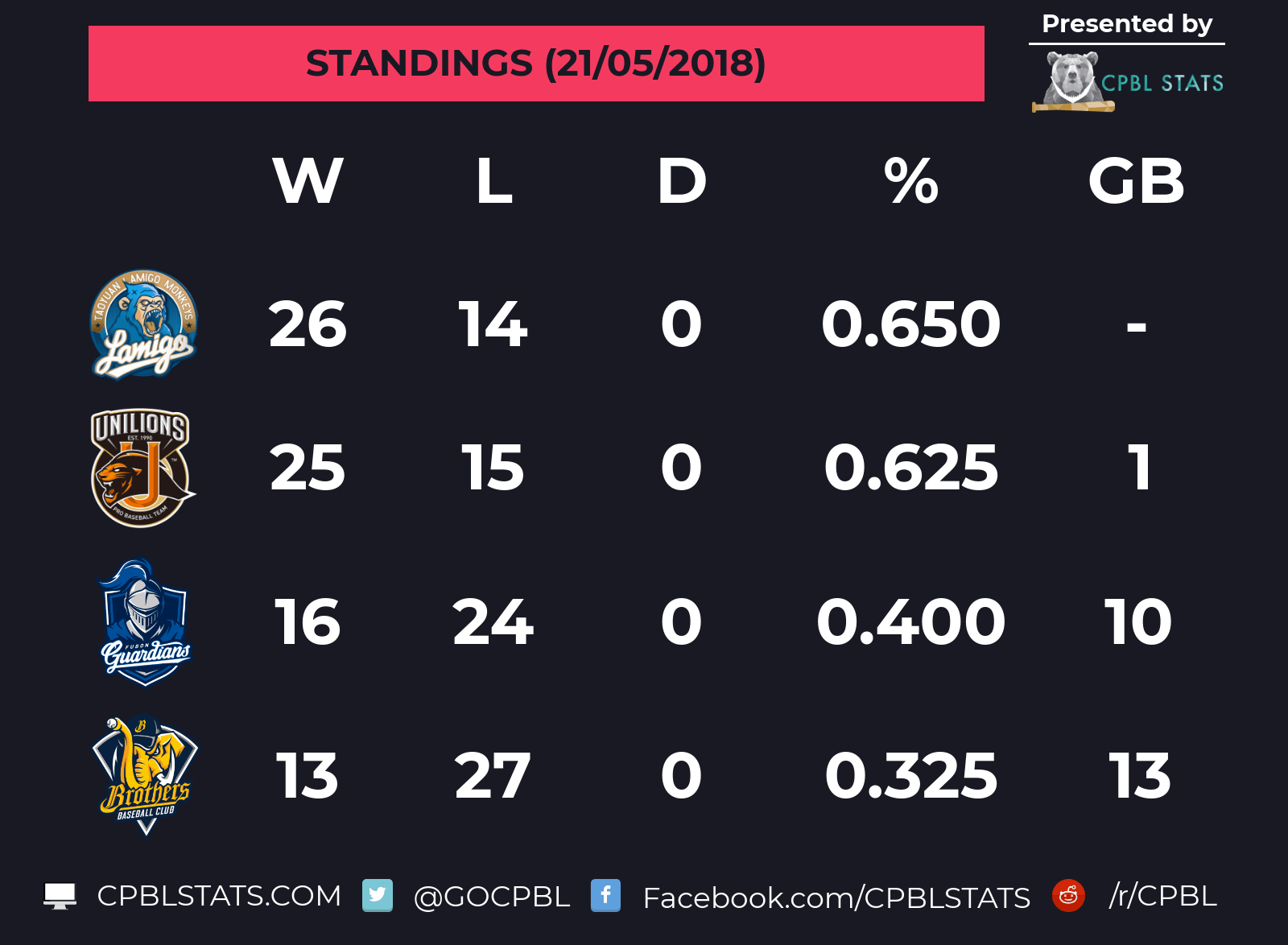 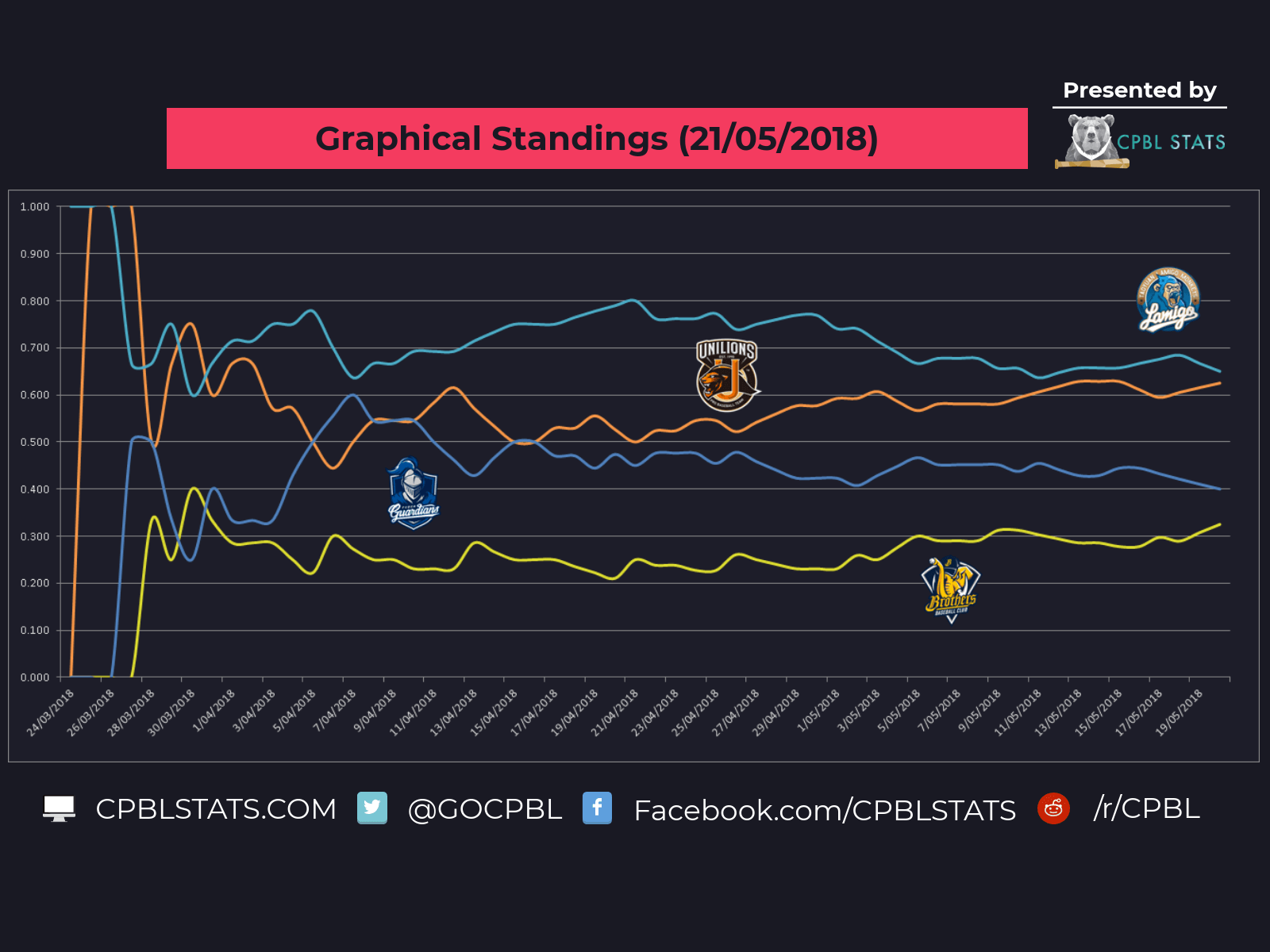 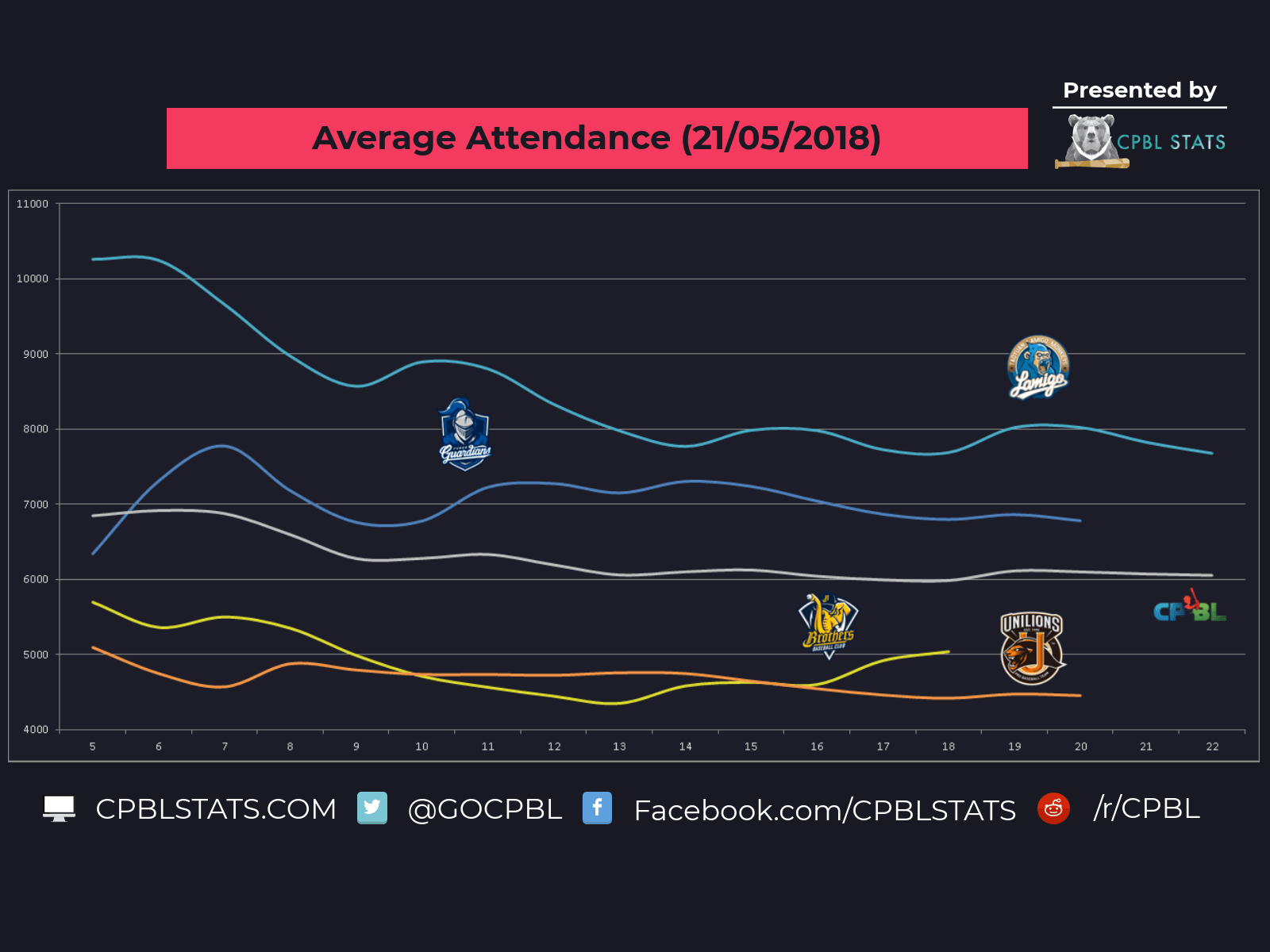 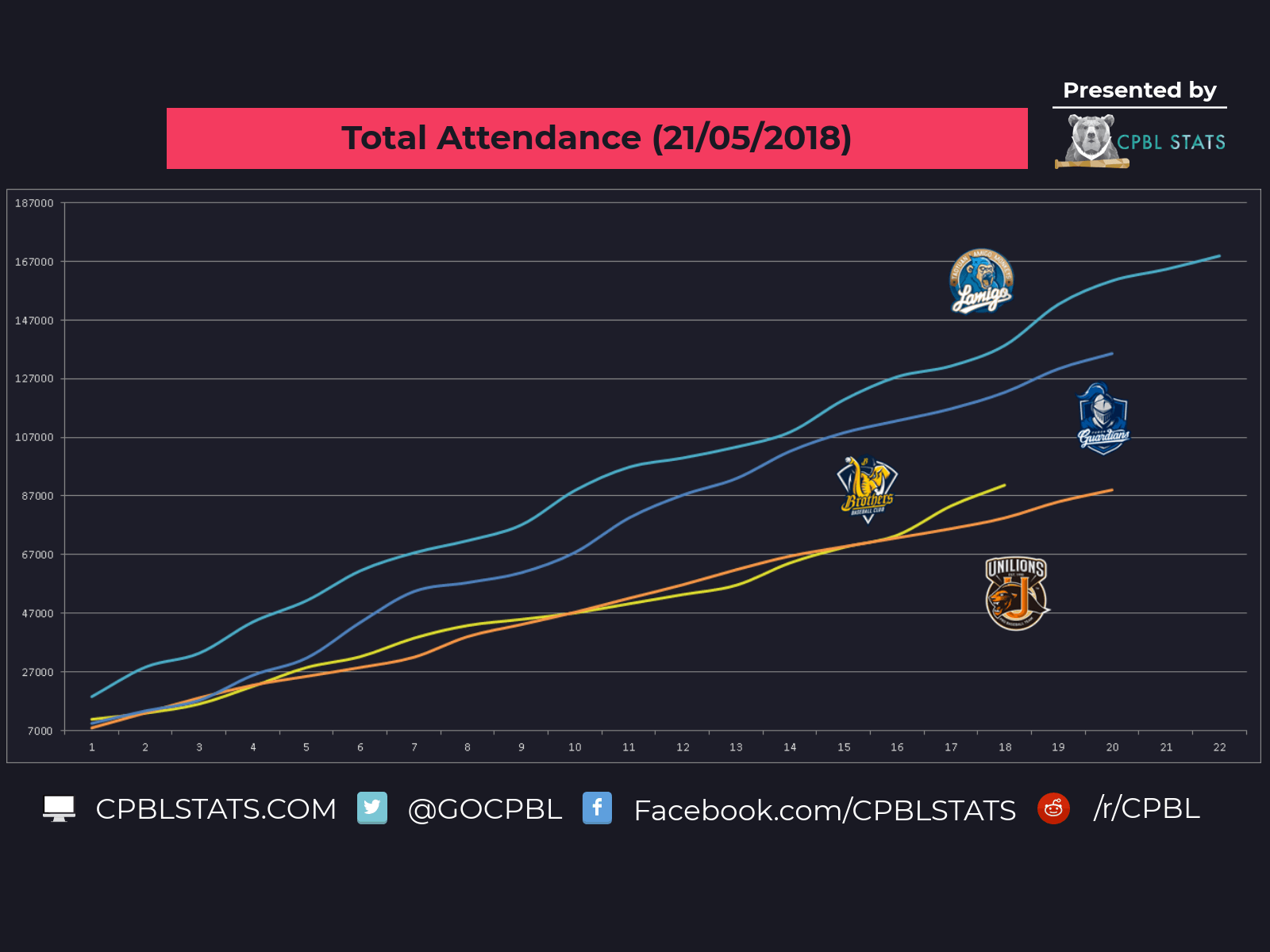 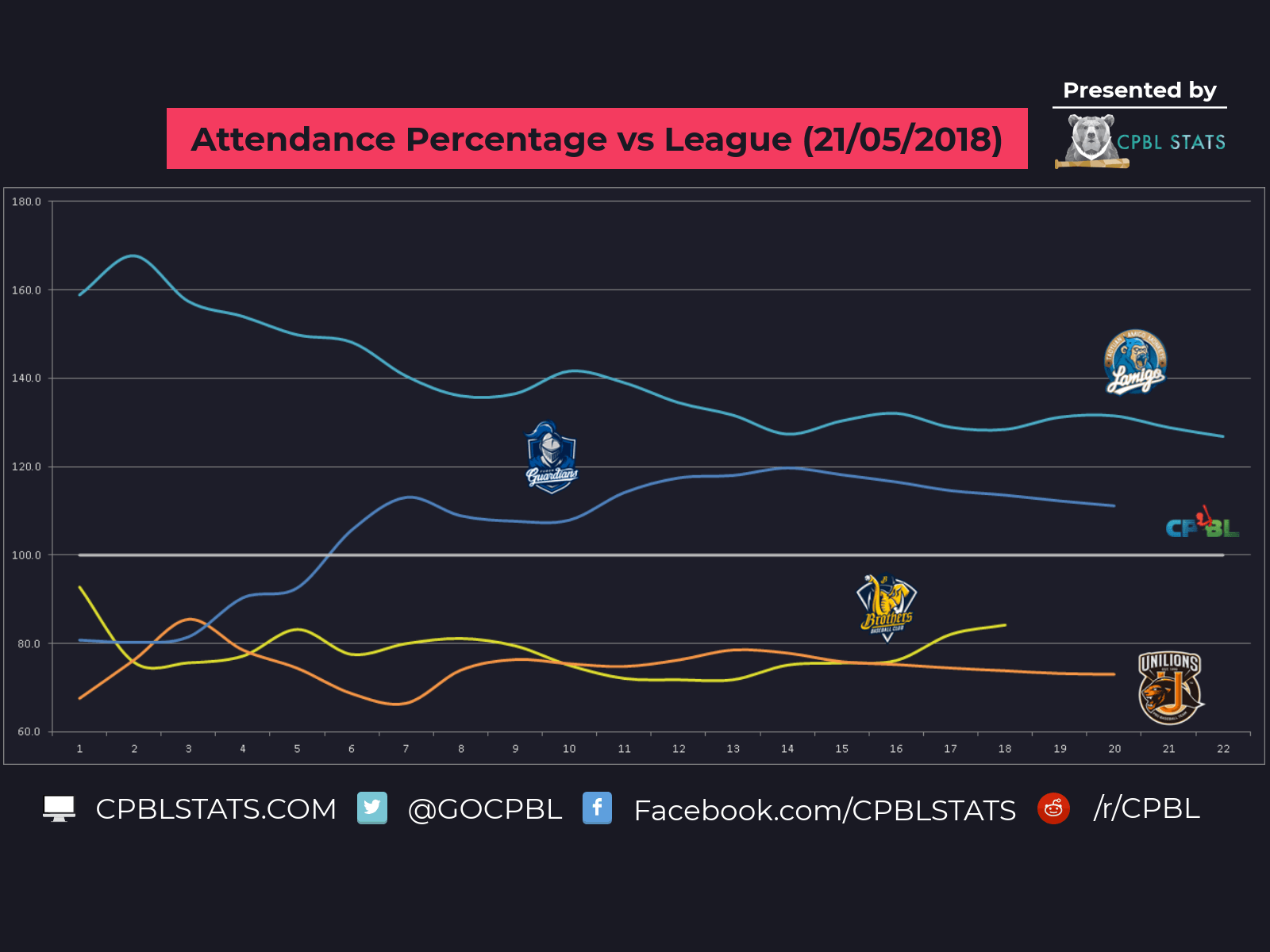