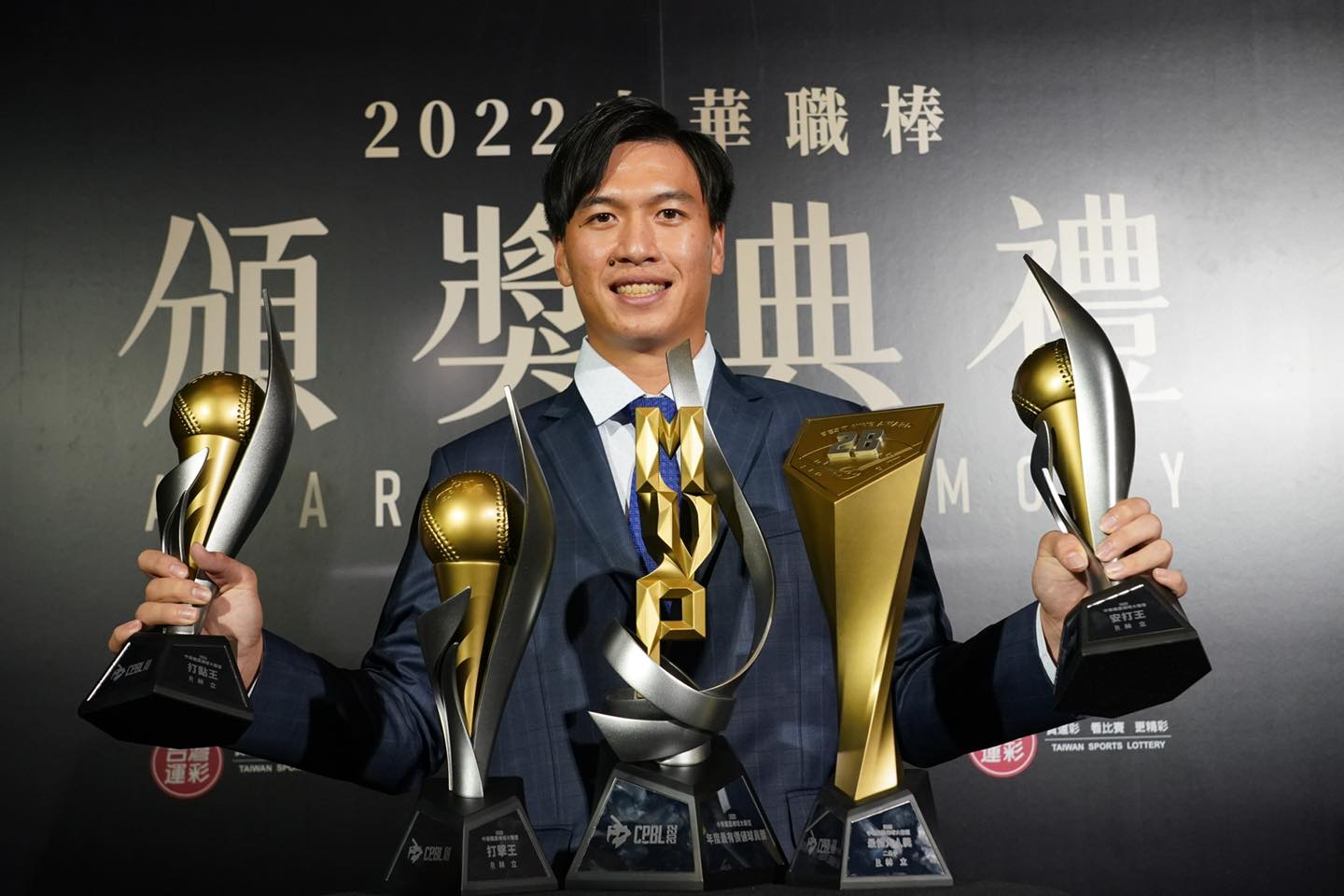 CPBL 2022 MVP and Rookie of the Year Award

Voted by the members of the media, on November 30, the CPBL announced the winners of the 2022 MVP, Rookie of the Year, at the annual award ceremony.

Instead of pirate ghosts, we have the CTBC Brothers walking out of the fog! #CPBL pic.twitter.com/m7ktl4V21k

“I’m sharing this MVP award with all my teammates,” said Lin Li. “I won’t feel satisfied just because I won five awards tonight. I will continue to work hard and improve myself.”

Note: Lin Li didn’t win the Home Run title because he shared the lead with Dragons Giljegiljaw Kungkuan and narrowly lost the title due to the number of plate appearances.

The 26-year-old right-hander was the Wei Chuan Dragons’ 21st-round pick in the 2019 mid-season draft. Regardless of the draft order, Chen Kuan-Wei proved everyone wrong on the field.

“Being a professional baseball player has always been my childhood dream, and now I am standing here holding the Rookie of the Year award. This is unbelievable,” said Chen Kuan-Wei. “I want to thank the Dragons organisation for giving me this opportunity, the coaching staff for their guidance and my family for their support along the way.”