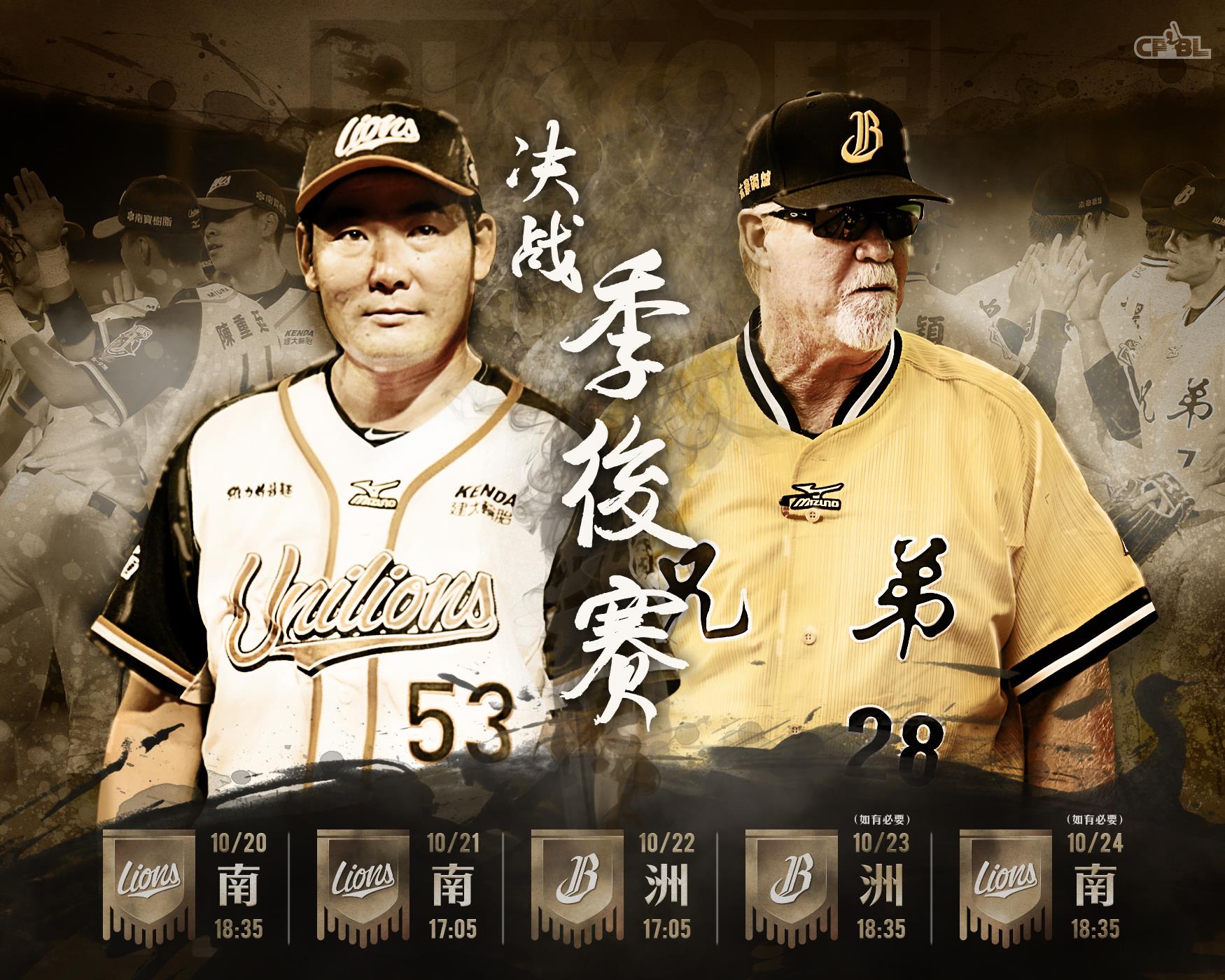 CPBL have announced the 2017 Playoff Series schedule today (20-24th October).  With Lamigo Monkeys winning the both 1st and 2nd half seasons.  For the first time since 2008, CPBL will have a best-of-five Playoff Series between Uni-Lions and Chinatrust Brothers.  The winner will move on to the Taiwan Series and face Lamigo Monkeys.

According to the CPBL postseason rule.  If the same team clinches both 1st and 2nd half seasons, then the Playoff Series (Wild Card) would be staged for teams with overall 2nd and 3rd winning percentage.

Since Lions have a better overall win percentage than Brothers.  Lions will be given the home field advantage in the Playoff Series.