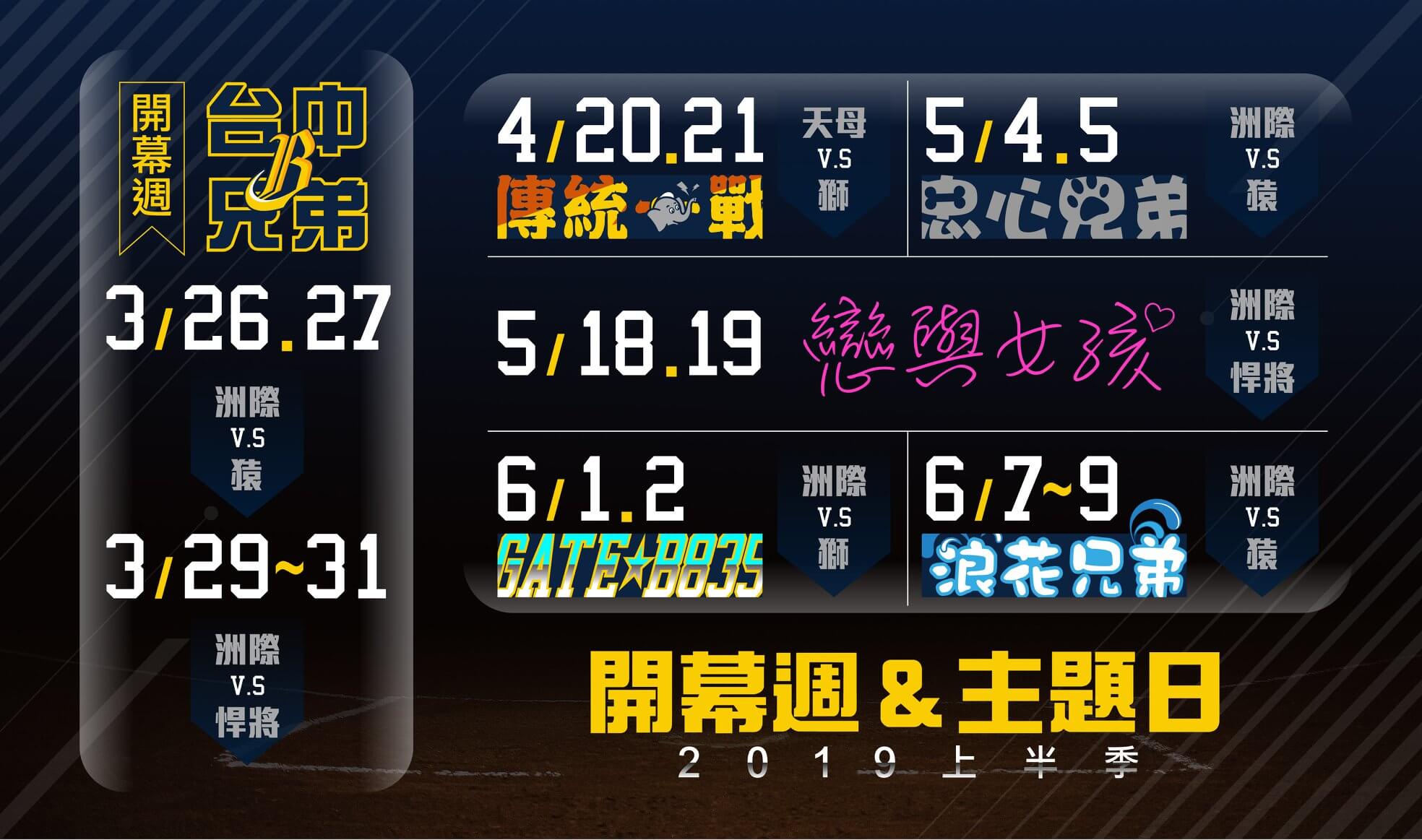 The Chinatrust Brothers have announced their theme nights schedule for the 2019 CPBL season. Apart from the special events at the stadium, the team will also wear themed uniforms and sell limited event merchandise to fans. 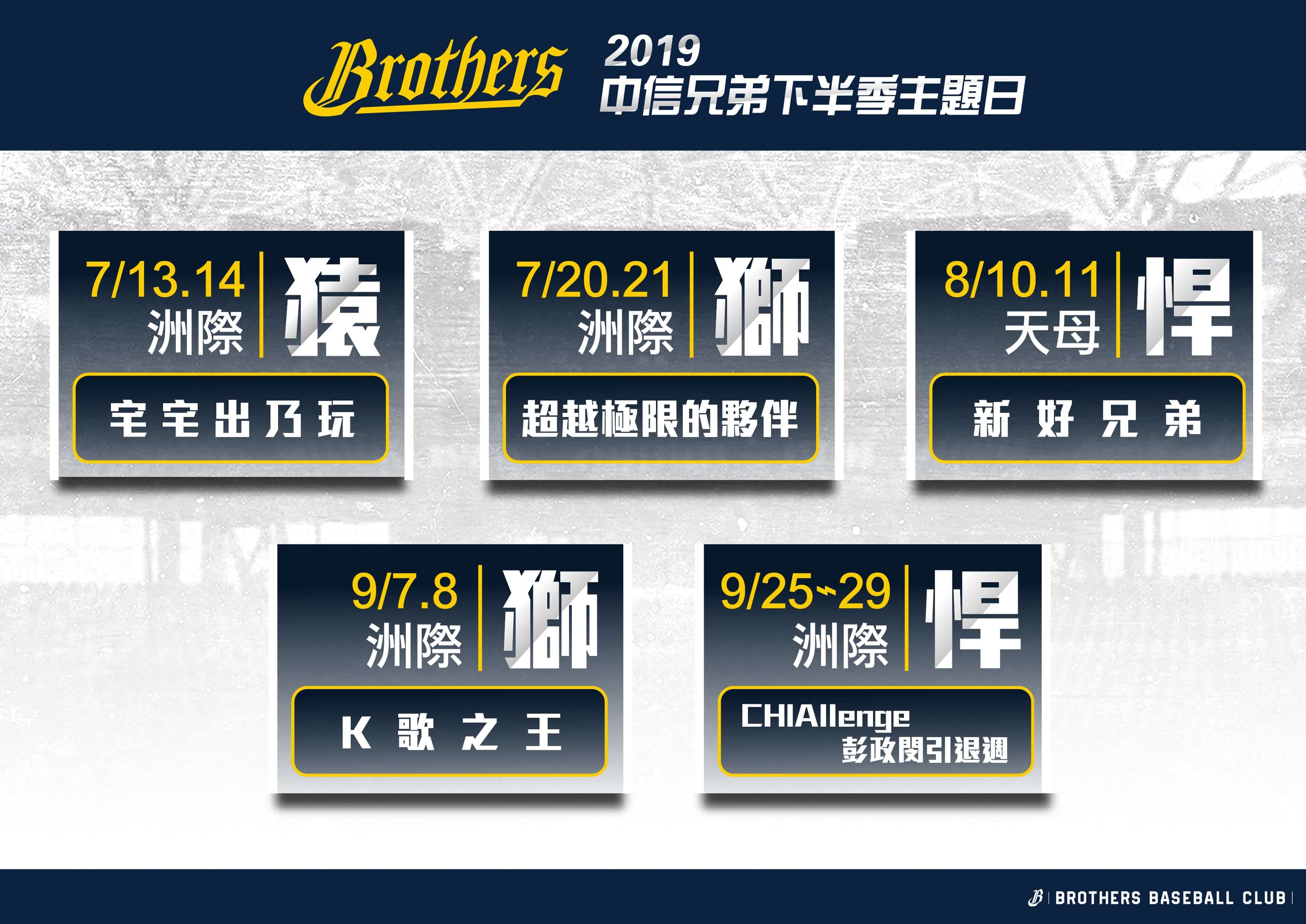