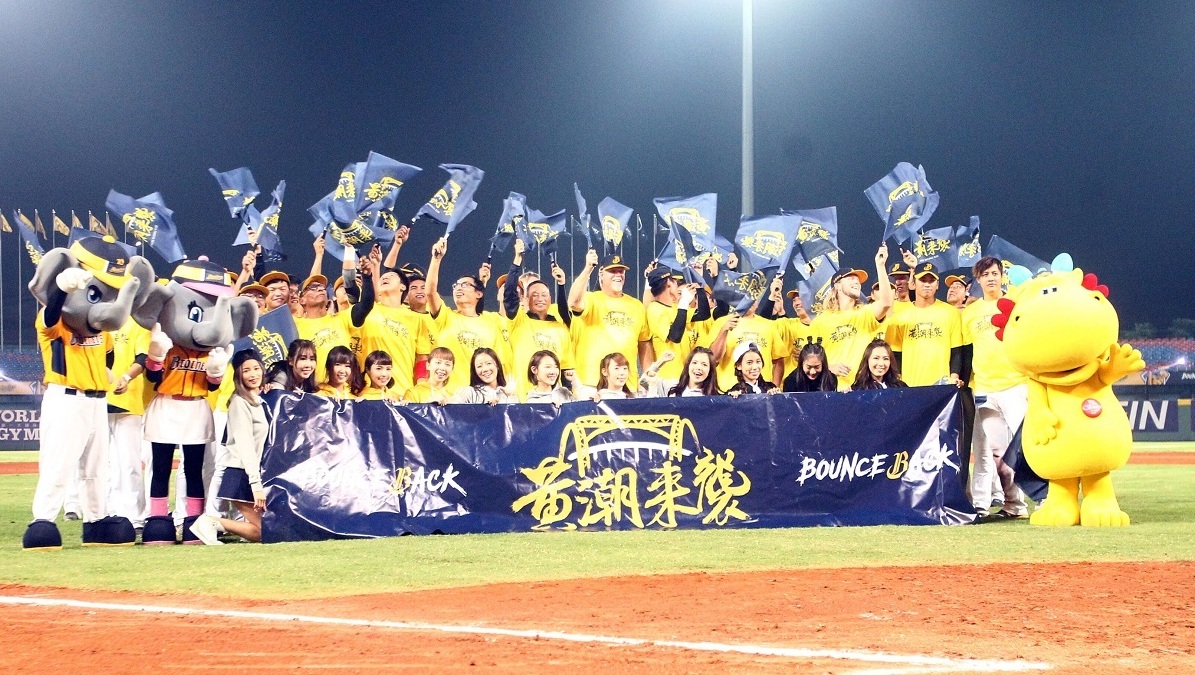 The Brothers are going to the 2017 Taiwan Series! Against all odds, this young Chinatrust Brothers team have defeated Uni-Lions 11-7 in Game 4 of Playoff Series.  With veteran 張志豪 (Chang Chih-Hao) leading the charge going 3-for-4 with 5 RBI, while being perfect hitting 5-for-5 when runners in scoring position this entire Playoff Series.

“As the only few veterans on the team, I’ve been thinking about how to motivate this group of young kids.  And I’ve come to a conclusion that I just need to lead by example, that’s the best way to lead and motivate them” Said the G4 MVP Chang Chih-Hao.

“The key factor in winning this Playoff Series is our pitching staff, they really stepped up and did a great job for us. It doesn’t matter we start the Taiwan Series with 1 game disadvantage, we’ll win the Taiwan Series for the fans”  – Brothers skipper Cory Snyder

However, Lions starting pitchers 施子謙 (Shih Tzu-Chien) was unable to keep the Brothers batters under control, gave up 5 earned runs in only 2 innings of work.  With 張志豪 (Chang Chih-Hao) 2 RBI double and 林明杰 (Lin Ming-Chieh) 3-run shot.  Brothers fought back ferociously with 5-1 lead over Lions.

With Brothers starting pitcher Rick Teasely having some command issues in the top of 3rd.  Lions was able to reduced the gap to 4-5, first scoring a run on fielder’s choice and Pan Wu-Hsiung followed up with a 2-run homer, his 2nd homers of the night against Rick Teasley.

The nightmare did not end for the Lions, as their pitching staff continues to struggle.  With a few defensive errors along with a string of hits, which includes 張志豪 (Chang Chih-Hao)’s 3-run blast.  Brothers further extended their lead 11-4 after the bottom of 4th inning.

#CTBros 張志豪 (Chang Chih-Hao) pounds the final nail in Lions coffin with this 3-run shot. He's 5-for-5 when RISP in this playoff series #CPBL pic.twitter.com/JlPkms25Qs

Despite Lions’ effort to make a late comeback, which they managed to reduced the gap to 7-11, but what’s done is done, it’s too late for the Lions.  Brothers have won game 4 of the Playoff Series and will face Lamigo Monkeys in the Taiwan Series (Best-of-Seven) on the 28th of October.