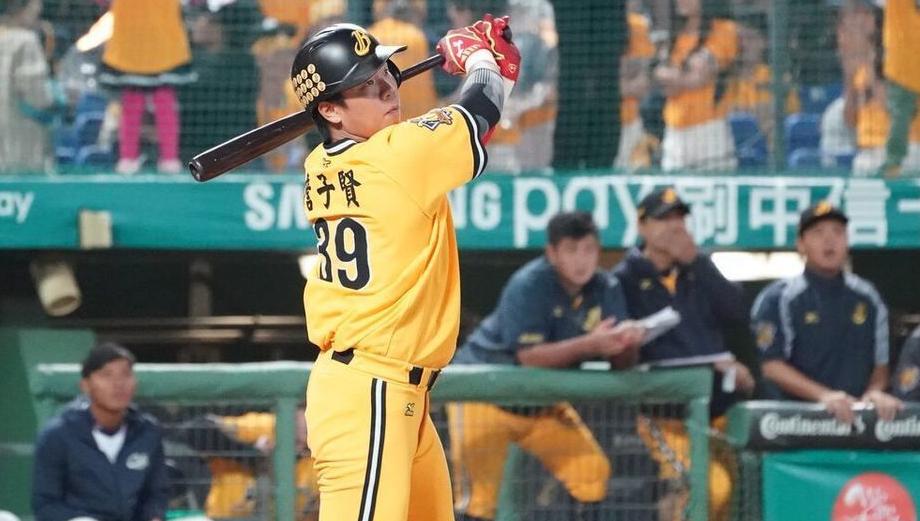 With 詹子賢 (Chan Tzu-Hsien) game-winning go-ahead 2-run blast in the 5th inning.  Chinatrust Brothers is now 1 win away from clinching the 2017 CPBL Taiwan Series berth, as Brothers defeated Uni-Lions 4-3 in G3 of the Playoff Series.

“I was under a lot of stress due to my poor performance in G1 and G2.  I want to thank the coaching team for helping me out and giving me directions on how to approach G3 before the game.”  Said the hero of the game 3 Chan Tzu-Hsien.

“Our bullpen did a great job today, they came in and get the job done.  It’s a good win for the team.  We (management) have been telling the young kids to believe in themselves, just keep playing hard and enjoy the Playoff atmosphere.” Said Brothers skipper Cory Snyder.

Uni-Lions started their offense early with 3-run blast from catcher 林祐樂 (Lin Yu-Le) in the 2nd inning.  With Lions starter Michael Nix struggled finding the strikezone throughout the game, where he walked 5 in 4 innings.  Nix was pulled early after 76 pitches after giving up a single and walk in the start of bottom of 5th inning.

Brothers lineup took the opportunity to strike back.  First with a sacrifice fly from 周思齊 (Chou Szu-Chi), followed by 詹子賢 (Chan Tzu-Hsien) go-ahead 2-run homer which put Brothers ahead of Lions 4-3.

Lions was able to put pressures on Brothers bullpen by having runners in scoring positions in 6th, 7th and 8th.  However, they seems missing that 1 crucial hit to bring the game-tying run home.  Chinatrust Brothers bullpen struggled as always, but miraculously managed to hold the slim lead and get out of the jam safely.

In the top of the 9th, Lions’ 郭阜林 (Kuo Fu-Lin) started the inning with a leadoff double.  But perhaps being a little too aggressive on the base running, Kuo was thrown out by Brothers 周思齊 (Chou Szu-Chi) while trying to tagging from 2nd on a flyball.  Lions’ late inning offense was quickly snuffed by that double play.

Brothers secured their 2nd win in the best-of-five Playoff Series.  This young Brothers team is now just 1 win away from making the 2017 Taiwan Series.

#CTBros 周思齊 (Chou Szu-Chi) not known for his arm. But not last night, Chou nabs the runner tagging from 2nd for a crucial out in 9th #CPBL 💪 pic.twitter.com/9Eu8J8EcxD

Taiwanese MLB pitcher 胡智為 (Hu Chih-Wei) of the Tampa Bay Rays was invited throw out the ceremonial first pitch before the game.  23 years old Hu made his MLB debut this season with 2.70 ERA, 0.90 WHIP over 10 innings of work.