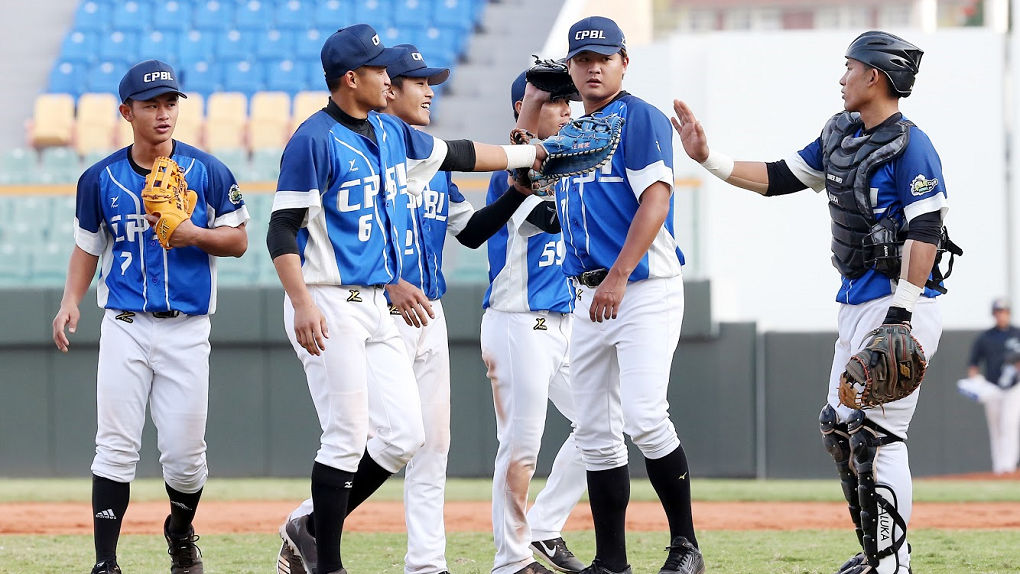 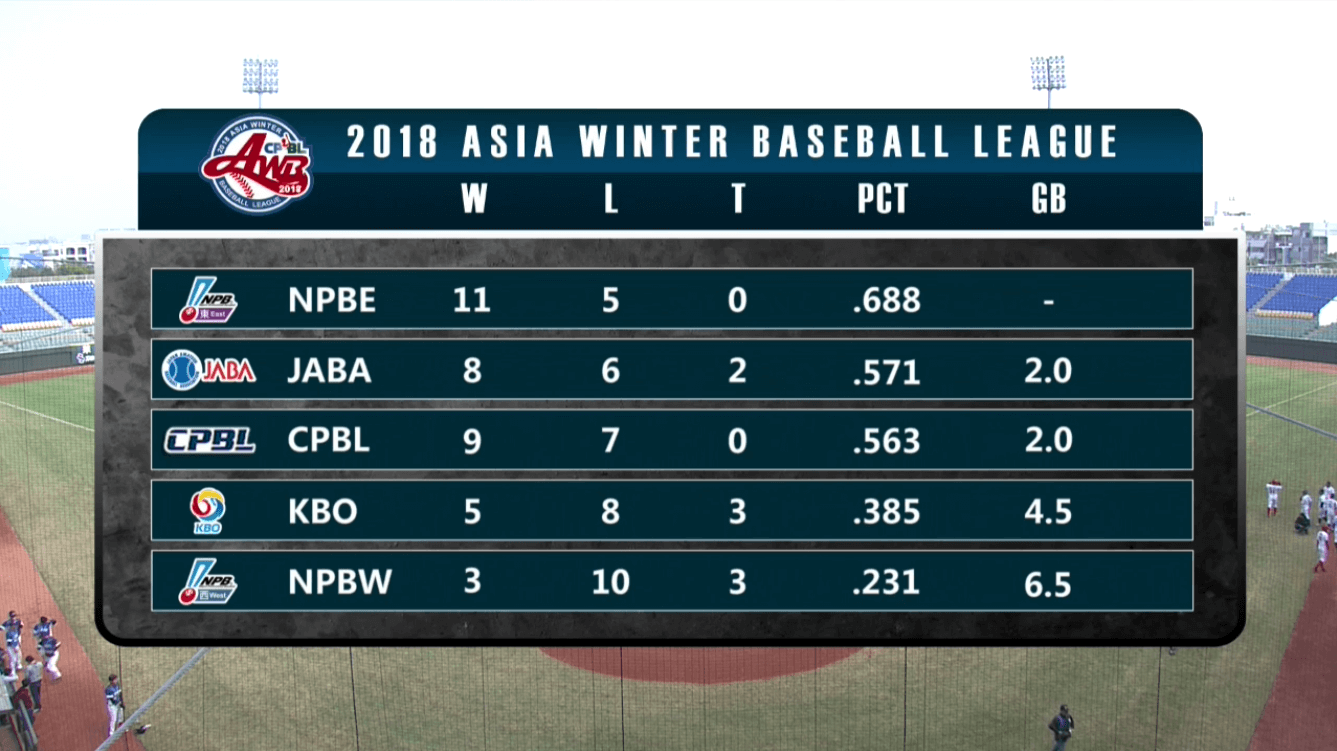 The Chinatrust Brothers’ 2017 first-round draft pick 岳東華 (Yueh Tung-Hua) showed off his defensive ability with three nice plays in a single game. It is also worth mentioning Yueh drove in the go-ahead run for Team CPBL in the top of the eighth.

There are many ways to interrupt a baseball game, streakers, out of control water sprinkler and my personal favourite, animals on the field. But what about some unschedule celebratory firework?

On December 8, the NPB-KBO game was halted for almost five minutes due to some random firework outside of the stadium. As it turns out, it was from an event next door, the Bank of Taichung was celebrating their 65th anniversary.

Here is something you don’t see every day. The Lamigo Monkeys’ 翁瑋均 (Weng Wei-Chun) picked off the same player twice in a single game. Tough look for the DeNA BayStars’ 宮本秀明 (Miyamoto Shumei).

In his third start at the Winter League, the Lamigo Monkeys’ 21-year-old 葉家淇 (Yeh Chia-Chi) allowed two earned runs while struck out six over 5.1 innings.

The Uni-Lions’ 劉軒荅 (Liu Hsuan-Ta) was hit in the ankle by a comebacker in his final starting appearing. After further examination, there’s no damage to the bone and Liu was listed as day-to-day.

Despite getting into a no-out bases-loading jam in the bottom of fourth, Arata had enough confidence in his breaking ball and struck out two using his forkball.

Another player injured by the comebacker in this year’s winter league, the Hanwha Eagles’ Kim Beom-Su left the game after being stuck in the arm by a comebacker.

The Chinatrust Brothers’ sidearmer 王鴻程 (Wang Hung-Cheng) threw one of his hardest pitch in the Winter League at 152kph (95mph) and struck out the final batter with the help of the questionable strike zone.

The Fubon Guardians’ 李宗賢 (Lee Tsung-Hsien) showed off his defensive ability playing at shortstop against the NPB East team. Lee made a sliding stop on the edge of the outfield grass and fired a strong throw to first in time for the out.

The Infectious Thumbs Up

Before the 2018 Asia Winter Baseball League Championship Game, the CPBL commissioner was invited to hand out outstanding players awards to Yeh Chia-Chi and Yasutaka Shiomi.

As they were posing for photos, we noticed this gem, the most uncoordinated group thumbs up.