On January 15, 2019, Baseball Australia confirmed they are not able to compete in the 2019 CPBL minor league season due to a number of operational reasons. The Australian team, however, have its eyes set for 2020 and 2021 to re-join the CPBL.

“Baseball Australia after careful review has determined that we are unable to take up this offer for 2019,” said Baseball Australia’s CEO Cam Vale via the press release. “It does not mean we won’t continue to work with the CPBL and the CPBL teams to achieve this goal in a future year.”

Although joining the CPBL minor league will not happen this year. Baseball Australia remains committed to working with the CPBL on the following:

According to an article on Sports Vision by Uncle Vincent, the author released some interesting information regarding the CPBL’s terms to Baseball Australia.

The figures mentioned above does not cover meals, accommodations, travel cost and other Australian Team day-to-day operational expenses.

Baseball Australia Unable to Join Due to Funding?

Many people speculate the lack of funding was the main reason behind this, upon doing some research on the Australian Institute of Sport website. We found Baseball Australia received a funding of $562,500 AUD for 2018-19. (Roughly $403,000 USD)

Assuming this funding is for covering the operational expenses of the Australian Baseball League (ABL), Australian National Teams, domestic tournaments and other overheads.

Having said that, I did not factor in the potential donations and corporate sponsorship from either Australia or Taiwan. Maybe there is enough funding available for Baseball Australia when they compete in the CPBL minor league. 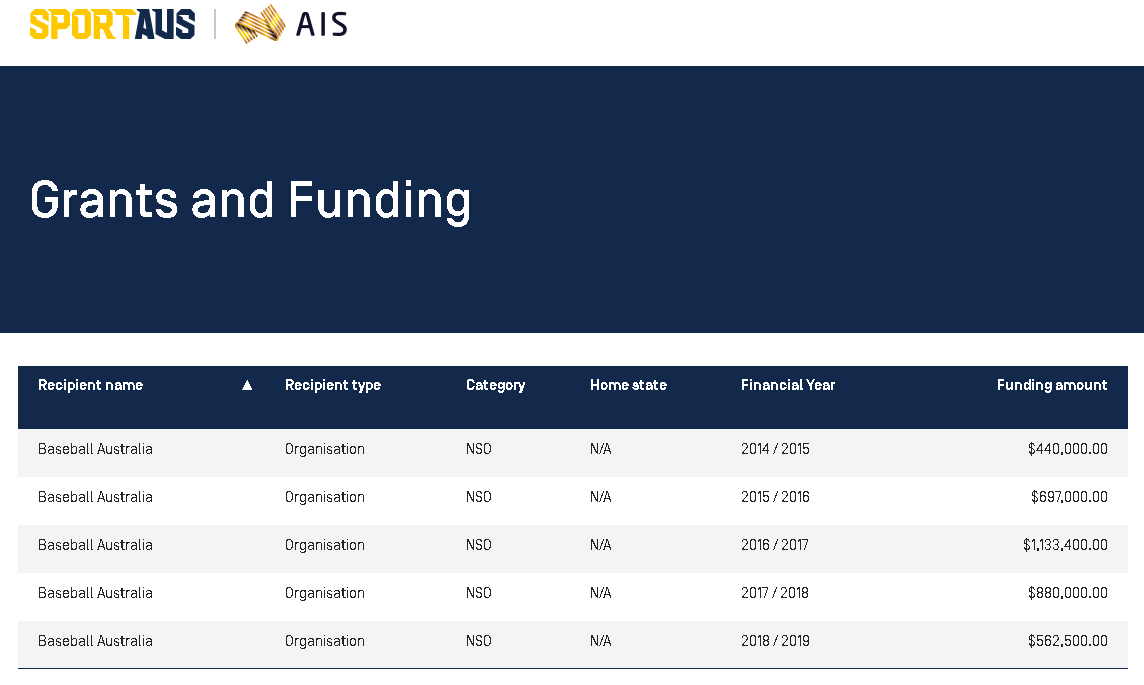 CPBL Not Being Reasonable During Negotiation

Leading up to the January 15 deadline, there were plenty of rumours and speculations on how the CPBL was being unreasonable and not accommodating.

It includes the CPBL on several occasions ignoring Baseball Australia’s request on providing a more precise understanding of how they can move up to the CPBL Major League.

A source close to the bid told the CPBL STATS the following information regarding to this CPBL – Baseball Australia deal.

“We received the information on December 20, 2018, and were told to confirm everything by January 15, 2019. We asked for a one-month extension (February 15, 2019) to respond, but the CPBL denied this request.” (EDIT NOTES: Changed from new terms to information)

“Considering we are in the middle of the ABL season and this period was across Christmas, and New Year holiday, we thought it was poor form displayed by the CPBL.”

“We specifically asked for the proposal from the CPBL to contain a clear path to the CPBL Major League, and it didn’t, nothing was mentioned despite our request.”

“We starting to have some doubts to some senior CPBL figures being supportive of our bid to join the CPBL.”