The CPBL has suspended the Lamigo Monkeys’ Zeke Spruill for one game over his abusive gesture towards the members of the media on August 10, 2018.

Things are not going well for Zeke Spruill in his first game leaving the disabled list. The former Monkeys’ ace completed five innings while giving up five earned runs to the Chinatrust Brothers.

After Spruill exited the game, the camera stayed on him so the broadcasting team could display his pitching stats from the game.

However, Spruill was having none of it with the camera crew. At first, he tried to wave away the camera, telling the camera operator not to film him. His request was ignored and the camera continued to stay on him.

Shortly after, Spruill walked up to the camera and covered it with a towel. As he was walking away, he then gave the middle finger to the VL Sports camera operator from.

On August 11, 2018, under on the CPBL Regulations, Chapter 15, Article 1, the CPBL issued a $660 fine along with a one-game suspension to Zeke Spruill for his behavior towards the members of the media.

Reactions from Monkeys’ Manager and Teammates

According to the Monkeys’ manager 洪一中 (Hong I-Chung), the league’s punishment was too harsh.

“Sure, what he did was wrong, but Spruill did tell the camera not to bother him,” said Monkeys’ manager Hong I-Chung. “The middle finger was not even part of the live broadcast, it was shown 30 seconds later as a replay highlight. If it was so offensive, the broadcasting team could have chosen not to air the footage.”

Teammates Bruce Kern and 陳禹勳 (Chen Yu-Hsun) have decided to show their support for Spruill in their own way. Kern could be seen having a little fun with the camera crew by trying to cover the camera with a towel.

Monkeys’ closer Chen Yu-Hsun posted this photo on his Facebook page, asking if this was the hand gesture for an airplane. With the hashtags “Will I receive a suspension for this?” and “VL Sports, do you need slow-motion replay for this?” 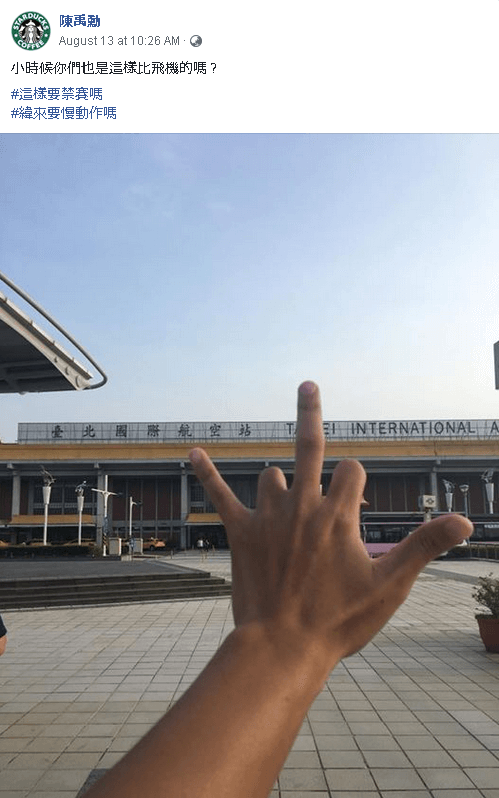