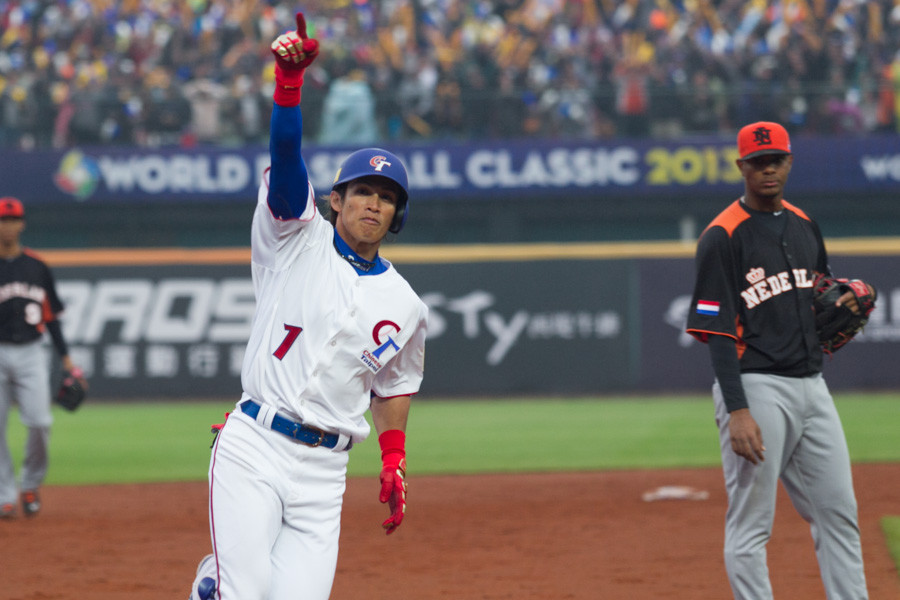 “I am really excited that we have signed Dai-Kang Yang! To have a guy with sixteen years experience in the NPB is pretty special for the DockHounds and the American Association,” said the DockHounds manager Jim Bennett.

The DockHounds are thrilled to welcome our newest addition to the team, Dai-Kang Yang! 🐶

A Center Fielder born in Taitung, Taiwan, Dai-Kang Yang is making the move to Oconomowoc for the team’s opening season 🎉

“Leaving the familiar NPB system and challenging myself with unfamiliarity is a bold decision, but I believe this is a good plan for the future, and I look forward to that,” said Yoh Daikan via his agency.

The independent league signing is a surprise, but it is also not a surprise to many fans in Taiwan. As per Yoh Daikan’s interview with Liberty Sports back in January, he hinted he is likely to go to the USA.

“I still have a lot of things I want to do and to learn in my professional career, and I want to do that while I still can at 35,” Yoh Daikan told Liberty Sports.

Since Yoh Daikan elected free agency and chose not to re-sign with the Yomiuri Giants, his next movement has been on all the Taiwanese baseball fans’ minds. Is he going to enter the 2022 CPBL draft? If so, when?

According to Yoh’s agent, he signed a one-year deal with the Lake Country DockHounds. While it seems Yoh Daikan entering the 2022 CPBL draft is unlikely to happen this year, but there were plenty of cases in the past where CPBL teams purchased contracts from independent leagues.

A potential scenario is Yoh will play a few months with the Lake Country DockHounds and return to Taiwan around July to enter the 2022 CPBL draft.

A player with Yoh Daikan’s experience is highly likely to get selected in the first round and receive an annual contract starting from 260,000 USD.

No CPBL Draft Due to Family Drama in Taiwan?

Of course, there is also the scenario where Yoh Daikan probably just wants to be happy playing baseball without the family drama with his relatives in Taiwan.

According to Mirror Media from 2017, Yoh Daikan doesn’t get along with his four brothers and sisters over money issues. It was reported his siblings always asked Yoh Daikan for money and treated him like an ATM.

After playing at the highest level in the Asian league for 15 years and signing several huge contracts, Yoh is not exactly short on cash where he needs the CPBL money.

At the end of the day, the CPBL is not going anywhere and will always be there for him as a safety net.