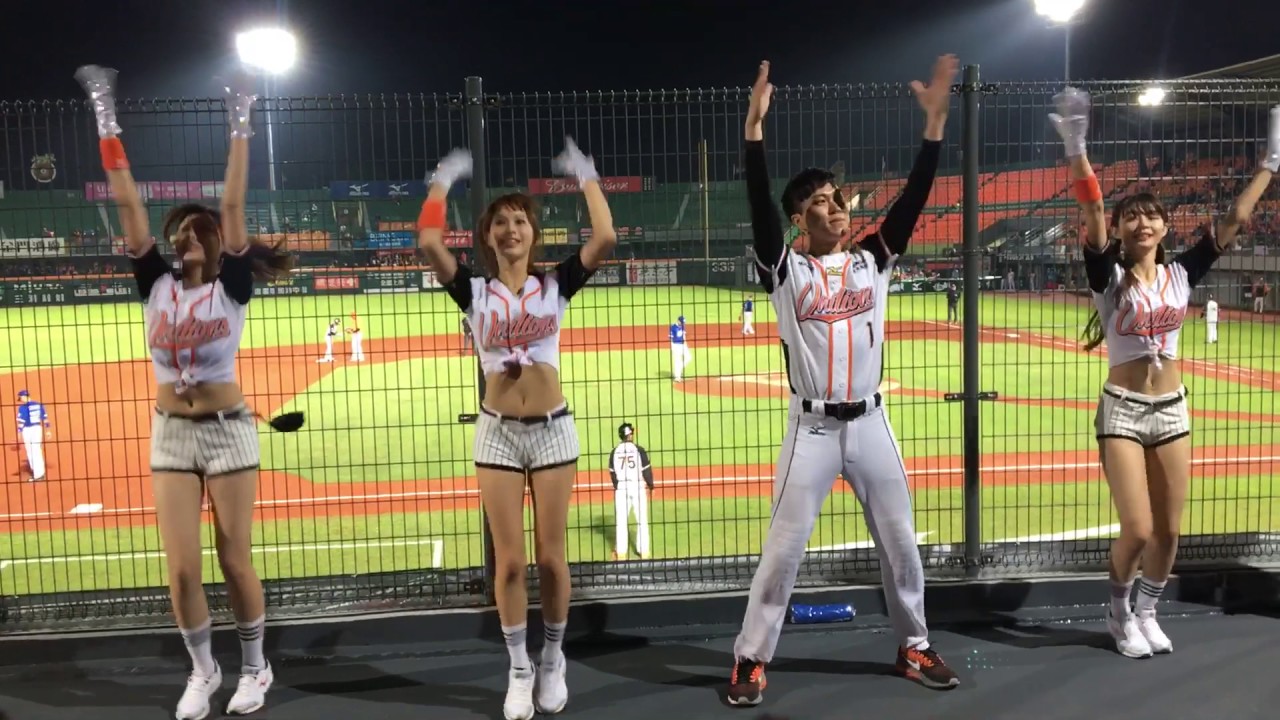 Deep Dive Into the Origin of Xin Lian Xin

Of course we all love our teams and “our own” cheer songs, but even if orange isn’t our color, fans of other teams have to admit that the Uni-Lions have something special going on: their high energy, rock and Eurobeat-infused cheering is catchy, and even when you’re five runs down to them it’s hard not to tap your feet. Show me a CPBL fan who says they don’t end up humming some Lions songs after each game, and I’ll show you a liar.

One of their catchiest is “Xin Lian Xin” (or “心連心”, loosely translated as “Heart to Heart”), and if you’ve heard it before you’ve almost certainly had it stuck in your head. On a loop. For days. Even a Lions-favoring YouTube channel calls it “brainwashing”:

(Listen to it on repeat and you’ll see why.)

From Manchester to Japan…

So where does this unlikely disco vs. baseball crossover hit come from? It’s most obvious predecessor seems to come from Oginome Yoko’s 1986 award-winning Japanese smash, “Dancing Hero”: (Here is the non region locked version)

(Check out that synth—and that dress. Who needs Lady Gaga or Kyary PamyuPamyu?)

But wait: that’s not the whole story—Oginome’s version was a cover. The original was a relatively little-known mid-80s synthpop anthem called “Eat You Up” by British singer, Angie Gold:

(The producers really went to town on the panning here.)

In fact, the Japanese cover was just the beginning of something much, much bigger. Hong Kong also had it’s own versions, too. Immediately after Oginome’s hit came out in ’86, Priscilla Chan released her own Cantonese version of “Dancing Hero” (so, a cover of a cover), titled “Dancing Street”:

(It was a #1, which might have something to do with the quality slap bass on this version.)

(Tweet at me if you can explain the video, though.)

…and on to Taiwan

So how did this get to Tainan? Of course, it’s entirely possible—likely even—that the Lions’ music directors have a hidden stash of 80s Japanese and Cantopop vinyl, but we think we’ve got it solved: they simply couldn’t escape it. Within a few months, the song made the leap to Mandarin, and therefore Taiwan.

(Is that guitar in tune?)

…and Taiwanese pop duo “City Girls” took a more accomplished swing too. (Click here to see it: sadly it requires a log in. This is also probably the closest version to “Xin Lian Xin”—at least in terms of vocal rhythm.)

Before long, there was a another Mandarin version of “Dancing Street” released by Liu Qiuyi in Malaysia…

(Check out the disco strings in the last verse.)

…but not satisfied, Priscilla Chan’s label had her release yet another version of the same song—this time in Mandarin—to the Taiwanese market in 1988:

So, this song was everywhere[1]. It had pretty much the entirety of Asia hooked in the late 80s, and that’s probably why it lives on today at Uni-Lions games: it got (and still gets) into your brain and will not go away.

But hey, next time you finish watching a game and you find yourself with “Xin Lian Xin” on a loop in your head, enjoy it: you’re just producing the latest cover version. After all, by this point, it’s practically a tradition.

If you haven’t heard enough versions of “Eat You Up”/”Dancing Hero”/”Xin Lian Xin” yet, there have also been Korean versions including Yang Hye-Sung’s Early 2000s version “Splendid Single” and this by Lee Eun-ha. There are almost definitely more, too.