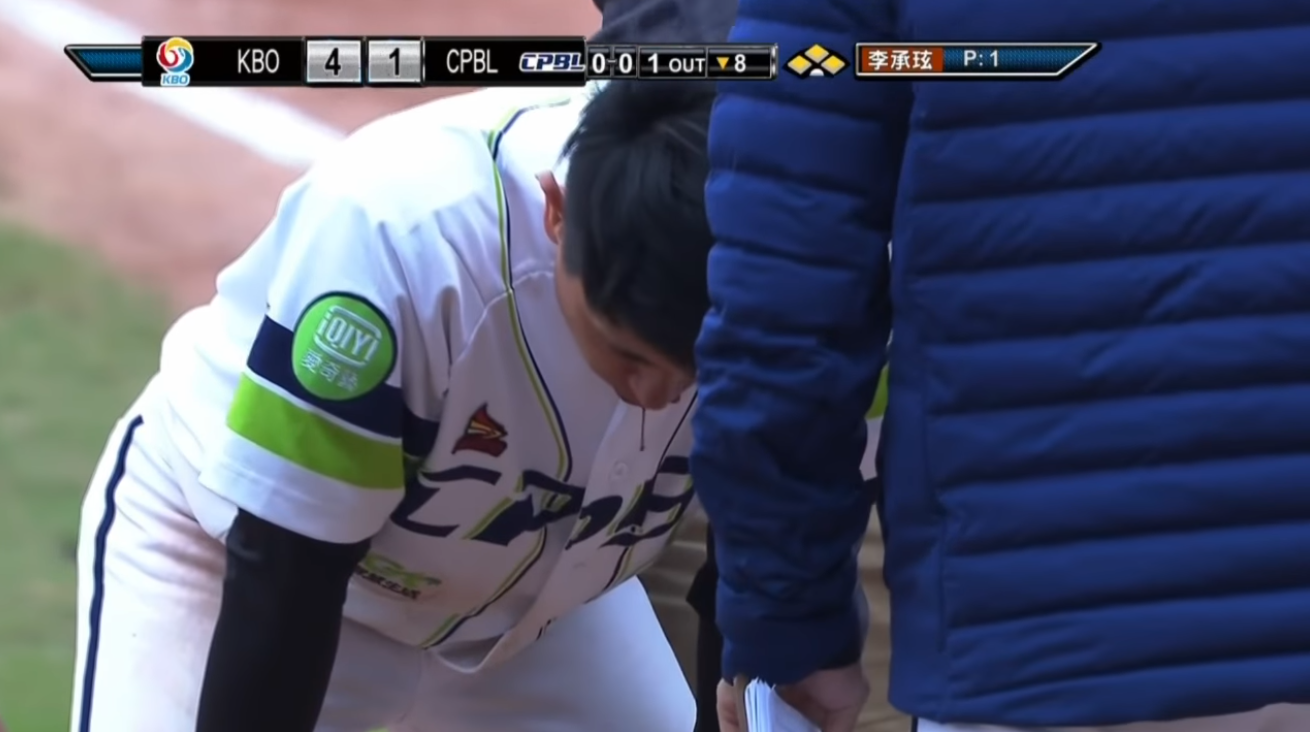 Chinatrust Brothers prospect 吳東融 (Wu Tung-Jung) exits the game early after being plunked in the face by a 143kph (89mph) fastball at the Asia Winter Baseball League.

[Asia Winter Baseball League] #CTBros prospect 吳東融 (Wu Tung-Jung) gets plunked in the face and has to leave the game in the bottom of the 8th. 😱😱#CPBL #2017AWB pic.twitter.com/KjRJ8ADejd

Wu was immediately rushed to the hospital after the horrific hit-by-pitch incident.  According to CPBL spokesperson, Wu required 10 stitches and have a minor fracture to his upper jaw.  He is expect to be sidelined for 2 months, and will be on liquid diet until further notice.

#CPBL play of the day – 吳東融 (Wu Tung-Jung) makes a terrific diving stop, then fires to first for the out #CTBros pic.twitter.com/QnPCTpIsni