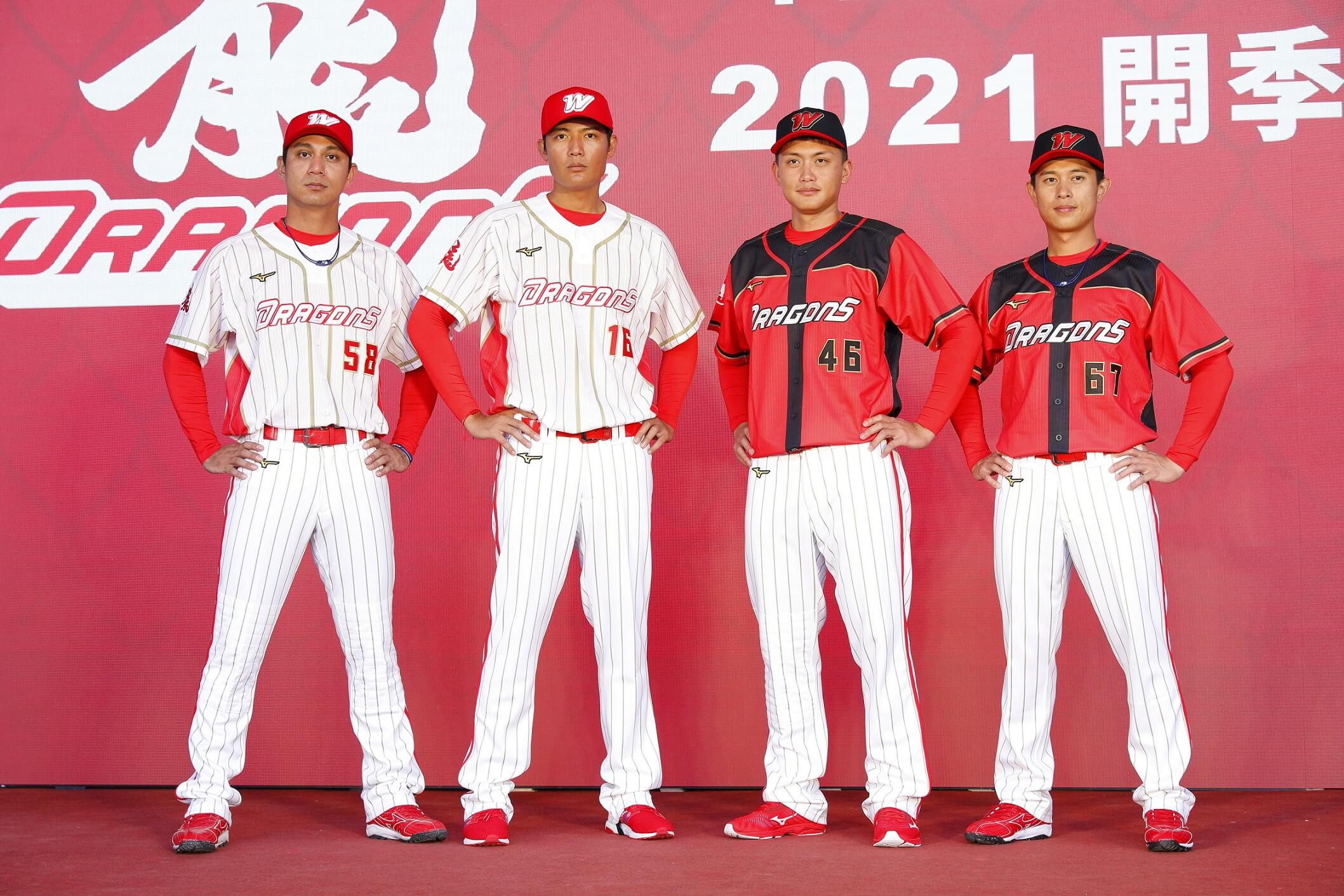 On March 11, the Wei Chuan Dragons held a media day at Tiamu stadium and unveiled their uniforms and logo. After spending last year in the CPBL minor league, this resurrected Dragons team will make their CPBL debut in 2021.

Instead of using the classic baby dragons as their team logo, the team decided to go another direction with the design. No more animal drawing, just a Chinese character of “Dragons” done in ink brush calligraphy style.

To have more Dragons elements on the logo, the design studio Daikido embedded a subtle dragon’s head at the top of the logo and a dragon’s tail at the character’s final stoke.

For the home uniform, the Dragons use white as their primary colour with gold pinstripes and pipping. The newly designed team logo will serve as the right arm patch.

The away uniform, the Dragons went with a design that feels like something came out of Star Trek: The Next Generation. It uses red as the foundation, with black extending from the shoulders to the entire back.