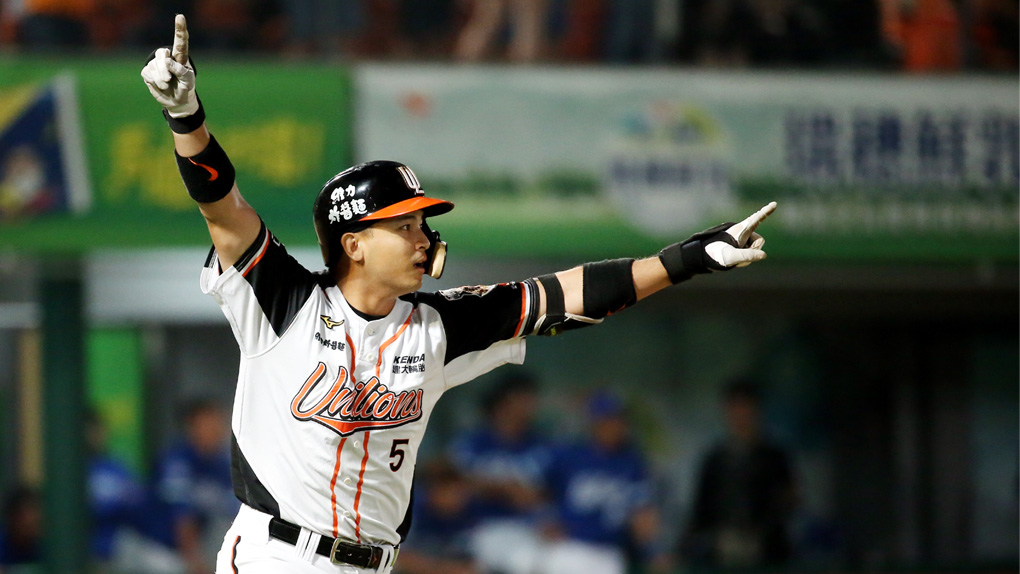 Tie game in the bottom of the ninth? Leave it with 郭阜林 (Kuo Fu-Lin)! The Uni-Lions third baseman belted a three-run walk-off home run to help the Uni-Lions win over the Fubon Guardians 4-1 in Game One of the 2018 CPBL Playoff Series.

“I was not patient enough for the first three at-bats tonight, but I told myself I need to read the pitch more and drive that pitch as far a possible,” said Kuo Fu-Lin in the post-game interview.

WALK OFF HOME RUN! #UniLions' 郭阜林 (Kuo Fu-Lin) has done it again as he drills a walk-off 3-run shot to centre. The Uni-Lions takes Game 1 of the 2018 #CPBL #PlayoffSeries 4-1. pic.twitter.com/OG0YryWohQ

The 2018 Playoff Series started with a rare pitching duel last night at the Tainan Stadium. The Uni-Lions sent out the 2018 ERA leader Josh Roenicke, while the Guardians have the CPBL Wins leader Bryan Woodall on the mound.

Both starting pitchers limited their opponents to only one run over a few scatter hits. Roenicke went six innings, allowed two hits and struck out five. Woodall, on the other hand, only gave up three hits over seven strong innings.

Knowing the importance of scoring first to build up that momentum in the playoff, the Guardians quickly jumped on board in the first inning. Chen Ping-Chieh started with a leadoff triple and scored on a sacrifice fly. It was textbook execution and efficiency.

The Uni-Lions fought back in the bottom of the third. Catcher 林祐樂 (Lin Yu-Le) ripped a double to the centrefield warning track and scored on a single by Chen Chieh-Hsien. 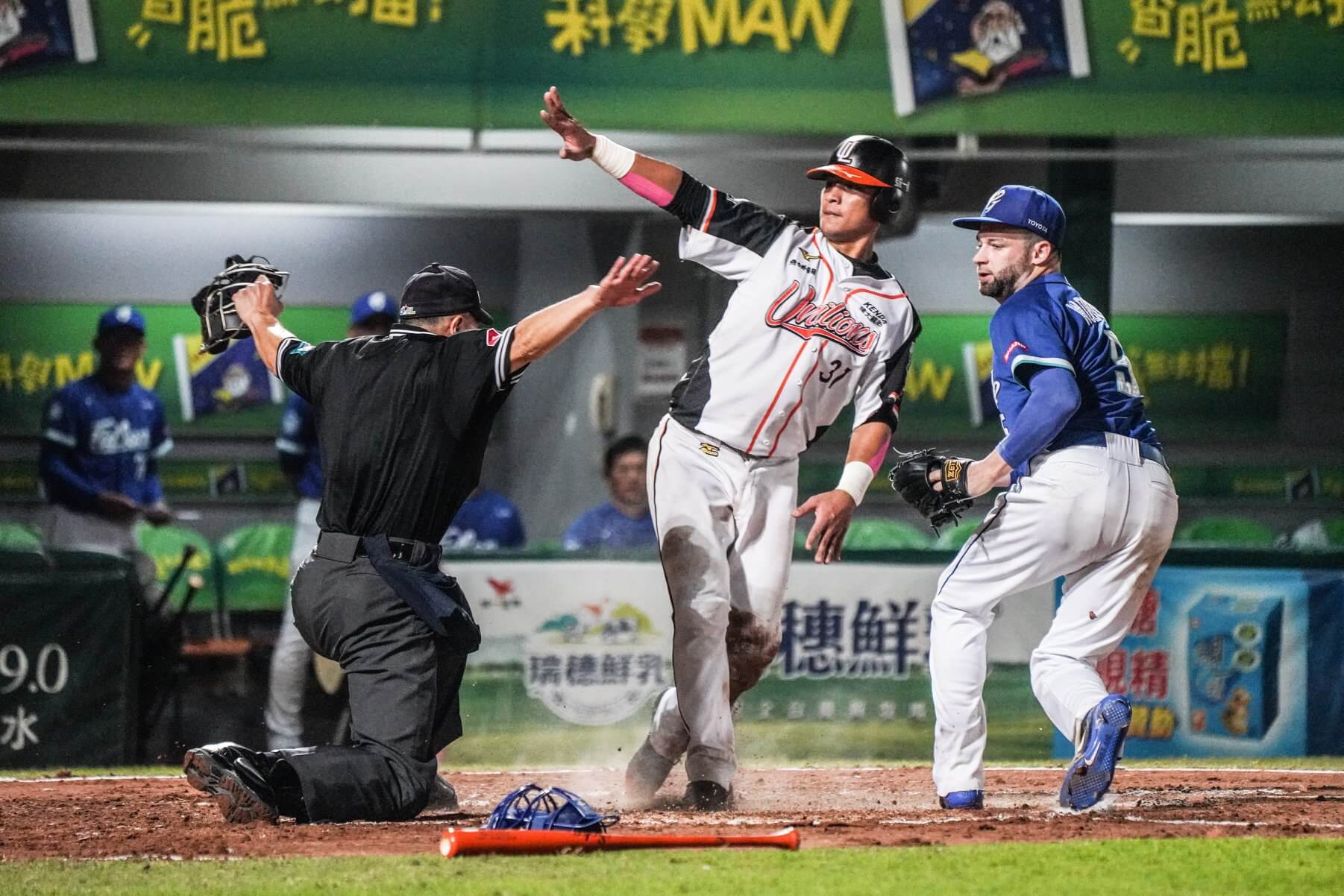 After drove in the game-tying run, Chen, however, rolled his right ankle rounding the first base and was replaced by Su Chih-Chieh later in the fifth inning.

“After examinations, there is no sign of fracture, the initial diagnostic is inflammation in his right ankle,” said manager Huang Kan-Lin. “We will evaluate his condition tomorrow and decide whether or not to start him Game Two.”

The score remained 1-1 until the bottom of the ninth. Leadoff batter Pan Wu-Hsiung drew a walk, and Kao Kuo-Ching followed up with a single. All of a sudden, the Uni-Lions found themselves in a favourable situation with runners on first and third with no outs, thanks to the veteran duo.

With Kuo Fu-Lin batting next, the Guardians sent out their left-handed reliever Kuo Hong-Chih hoping to stop the bleeding.

Facing the former MLB All-Star, Kuo Fu-Lin quickly falls behind on the count 1-2, but he remained calm and worked the count back to 3-2. On the sixth pitch he saw, Kuo drilled that hang breaking-ball to right-centre for a three-run walk-off shot.

“The count was 3-2, I know it is not Kuo Hong-Chih’s style to pitch around me, and I was ready for it,” said the Game One MVP Kuo Fu-Lin in the post-game interview.

With the 4-1 victory over the Guardians, the Uni-Lions is now leading the best-of-five Series 1-0. Just need two more wins to secure a spot in the 2018 Taiwan Series against the Monkeys.

Historically speaking, the team that won Game One of the Playoff Series will have a 71% chance to make it to the Taiwan Series. 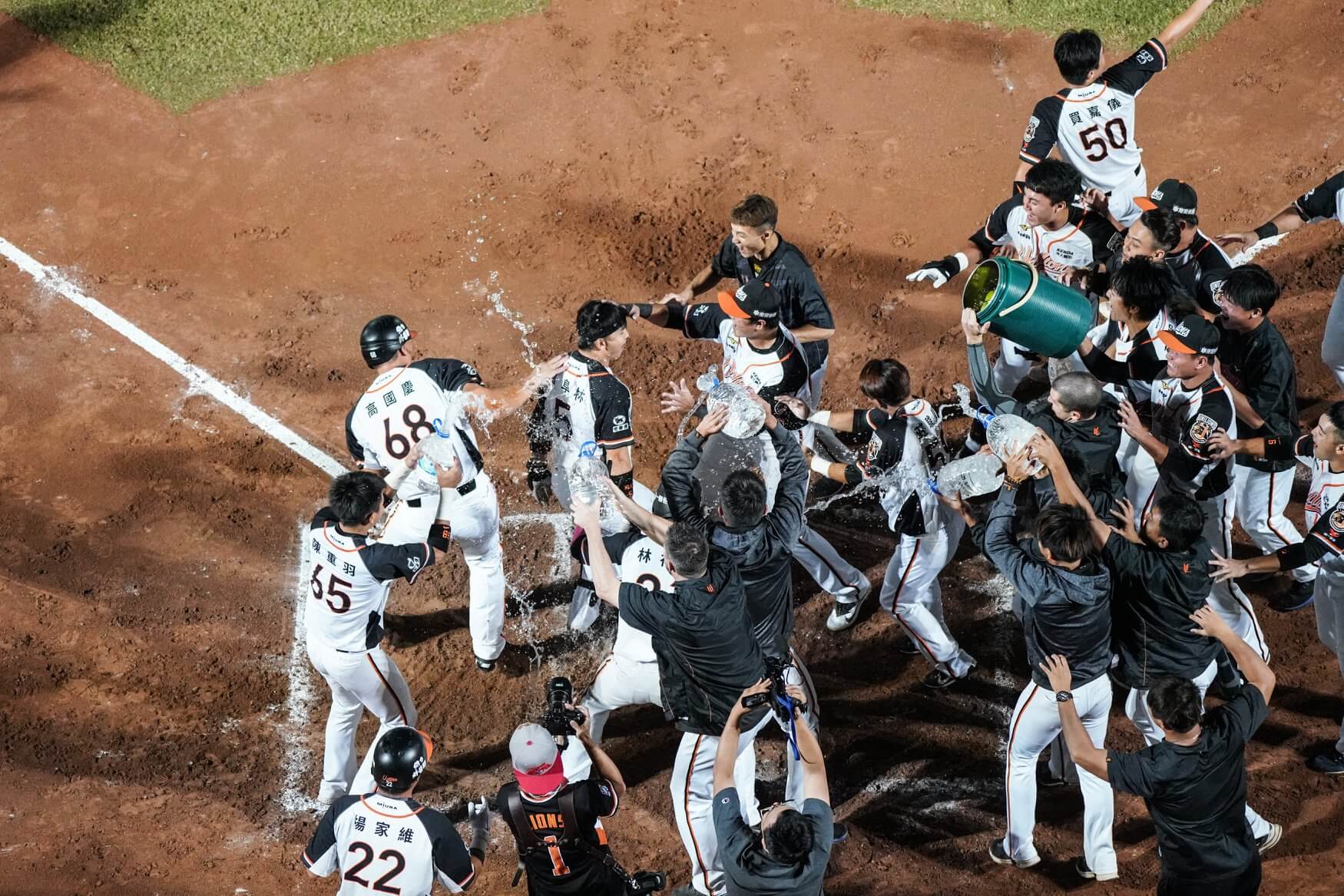 Other Moments from G1 of 2018 Playoff Series

Here are some collections of the fun moments, nice plays from last night’s game. Instead of doing a proper write up, it is easier for me to dump everything in this section. So, enjoy!

We have our first Playoff Series on base celebration, #Fubon Guardians' 林哲瑄 (Lin Che-Hsuan) with his shakes and hat tip to the camera. #CPBL #PlayoffSeries pic.twitter.com/GMGVfvwZtF