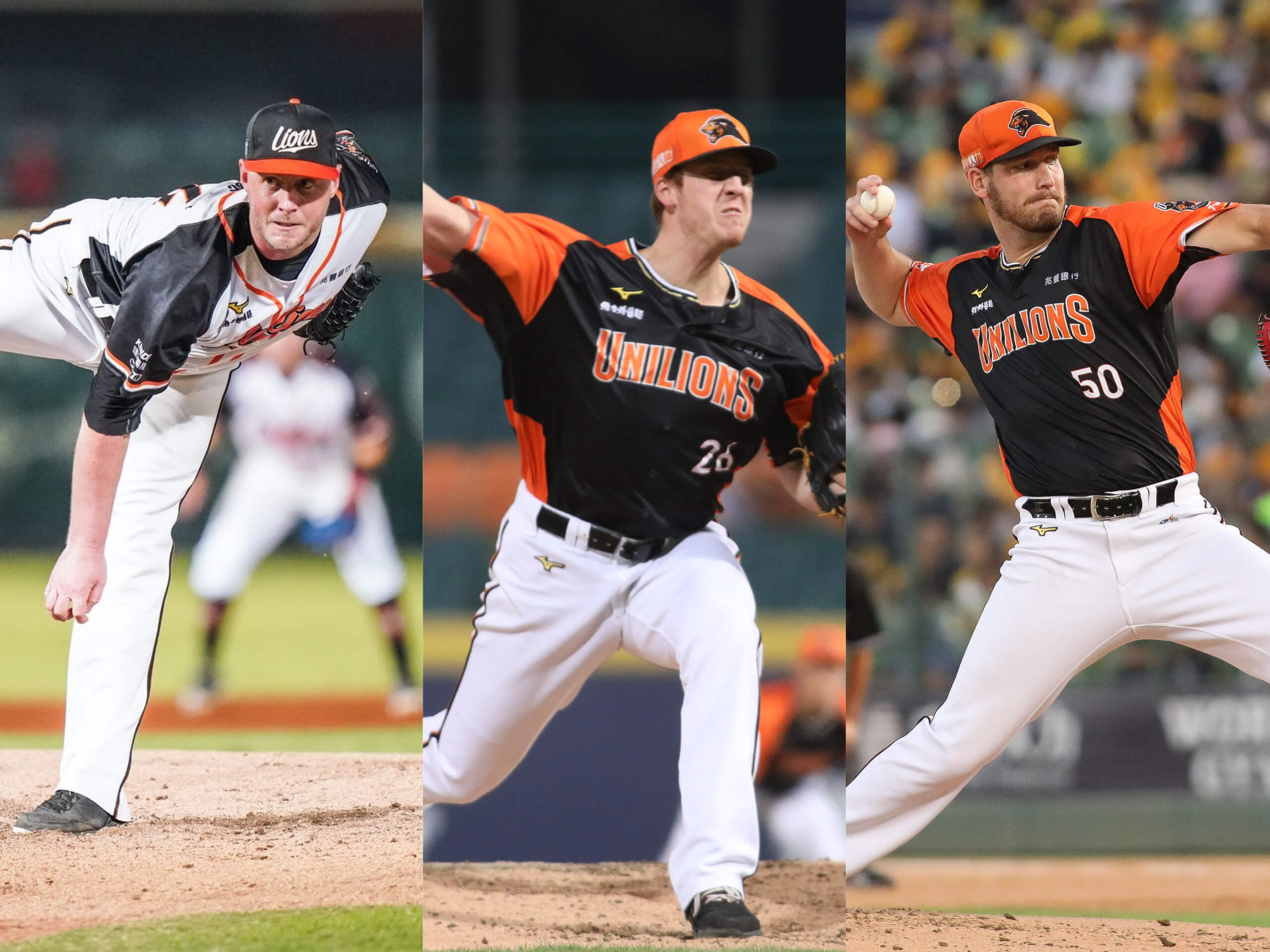 The Uni-Lions are bringing back their top-performing foreign pitchers from the 2020 season. On December 21, the Uni-Lions announced the re-signing of Brock Dykxhoorn, Tim Melville and Teddy Stankiewicz.

According to the Uni-Lions’ GM, before Dykxhoorn, Melville and Stankiewicz left Taiwan, the team already offered them the contracts for the 2021 season.

“The trios are expected to arrive in Taiwan in mid-January,” said the Uni-Lions GM. “Once they completed their mandatory quarantine, they will report to the team at the end of January or beginning of February.”

After the messy 2020 first-half with their foreign pitchers, the Uni-Lions got their acts together in the second-half by signing the three musketeers and managed to turn everything around.

The trios were the pillars for the Uni-Lions in the Taiwan Series. They combined a total of 37.2 innings and only allowed ten earned runs across seven games in the postseason.

[2020 Taiwan Series G5] Uni-Lions' Brock Dykxhoorn struck out 9 en route to his 1st #CPBL shutout to lead the Uni-Lions to a 6-0 victory! 🔥 pic.twitter.com/kAx83jqjKy

26-year-old Canadian Brock Dykxhoorn joined the Uni-Lions on June 19 as a mid-season signing. The former KBO and Team Canada righty finished the 2020 season with a shaky 5.68 ERA and 1.39 WHIP over 69.2 innings.

31-year-old American Tim Melville signed with the Uni-Lions on July 12 as a mid-season signing. The former MLB right-hander completed the 2020 season with a strong 2.93 ERA and 1.32 WHIP over 61.1 innings.

27-year-old American Teddy Stankiewicz was the last foreign pitcher signed by the Uni-Lions on July 30. The former Red Sox prospect wound up posting a respectable 3.81 ERA and 1.38 WHIP across 54.1 innings in the 2020 season.

Uni-Lions' Teddy Stankiewicz tossed 6 scoreless innings with 7 strikeouts and picked up his 2nd win in the #CPBL. pic.twitter.com/kopwpwmfBo

As for the fourth foreign pitcher? According to ETtoday, the Uni-Lions are targeting 33-year-old left-hander Félix Doubront. The Uni-Lions were going to sign Doubront in 2019, but they couldn’t reach an agreement with Doubront’s Mexican League team to buyout Doubront’s contract.