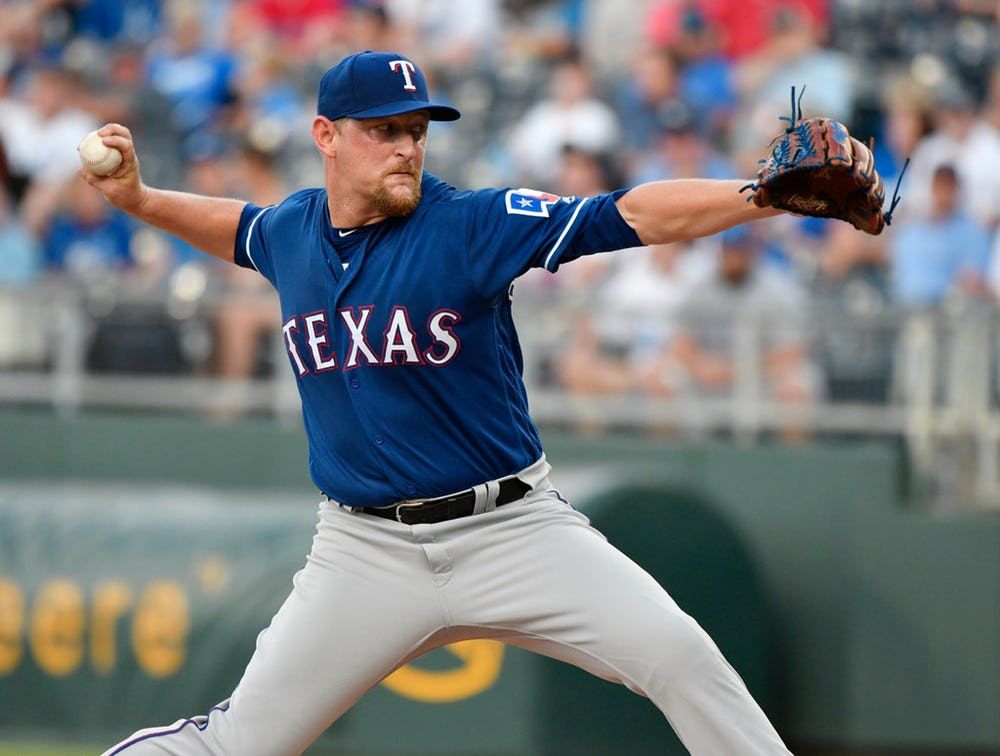 According to NOWNews, the Uni-Lions have signed the former Texas Rangers’ right-hander Austin Bibens-Dirkx for the 2019 CPBL season. When asked by the media, the Uni-Lions has declined to comment, but they hinted the new pitcher is someone who pitched in the MLB last year.

*Update, January 13: The Uni-Lions’ general manager Su Tai-An confirmed the signing of Bibens-Dirkx on the first day of the Spring Training.

Below are some of Austin Bibens-Dirkx’s pitching clips. Pitcher List has done an amazing job breaking down all his pitches in the MLB.

Had a Chance to Play in Taiwan Last Year

Although this is Austin Bibens-Dirkx’s first time to pitch in Taiwan, it is not the first time we hear his name came up as a potential CPBL foreign player.

On February 17, 2018, Bibens-Dirkx told The Athletic that he received a pretty good offer to play in Taiwan from an unnamed CPBL team. Many people speculated it was either the Fubon Guardians or the Uni-Lions made the offer to Bibens-Dirkx. 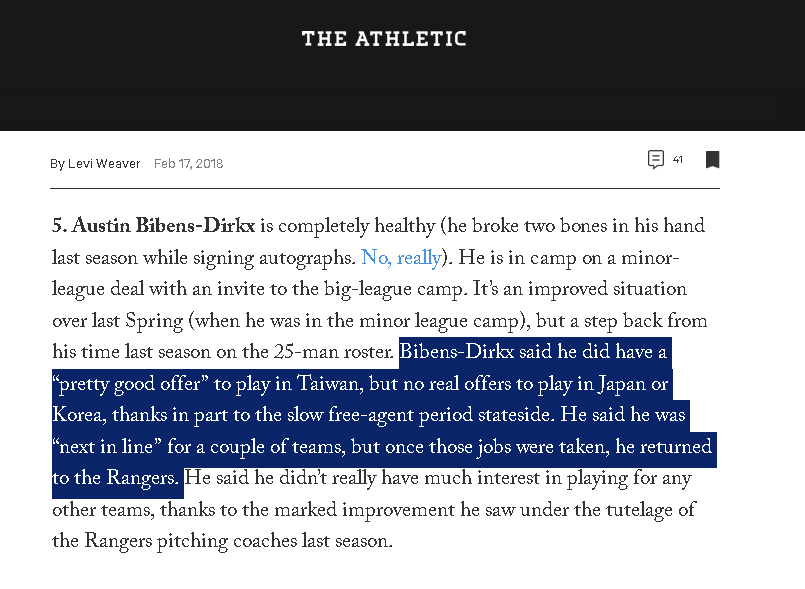