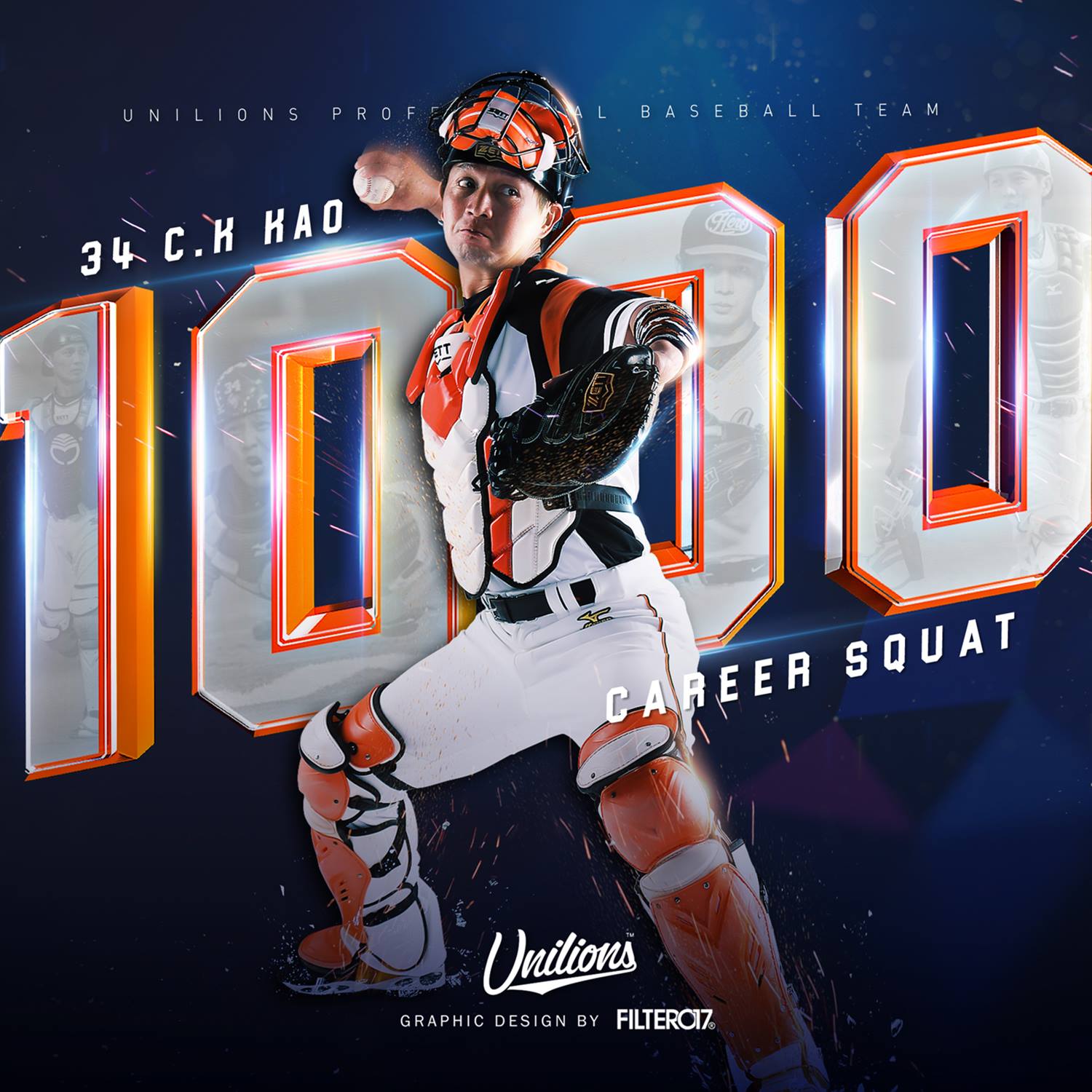 Congratulated by the Iron Catcher.

After the game, Kao received standing ovation from both teams and also personally congratulated by Lamigo Monkeys skipper 洪一中 (Hong I-Chung).  Who is known as the “Iron Catcher” back in the day, who did not miss a game between 1993-1996.

“Life is short, so I just take it one step at the time.  Seize the moment is the most important thing”  Said 高志綱 (Kao Chih-Kang) after game.

CPBL all time games as catcher