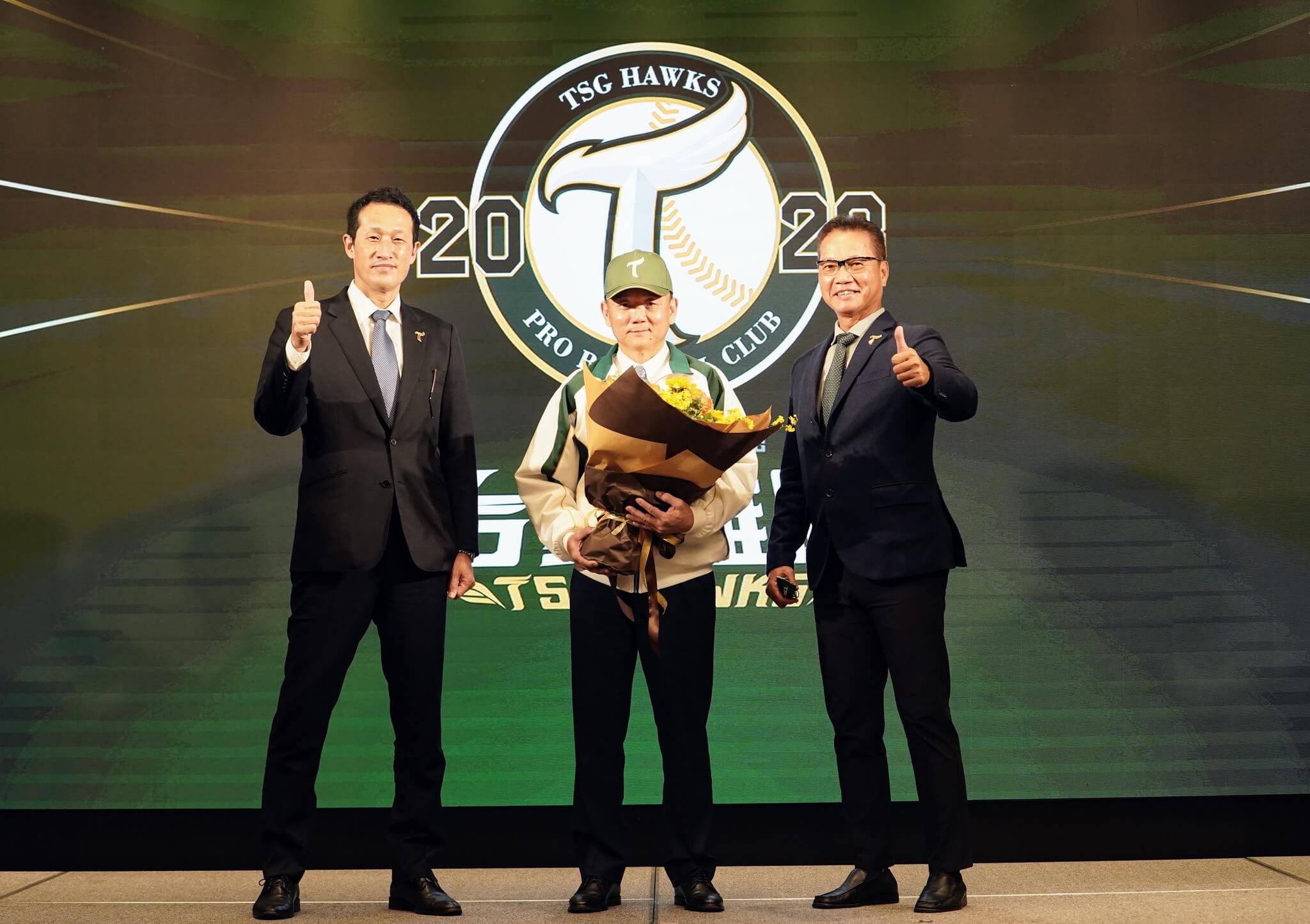 The TSG Hawks began their press conference with plenty of artistic flairs. There was cinematic music blasting in the background, on the projector screen, we saw a sand painting artist working profusely to draw a soaring hawk. Then as the artist’s hands swirled through layers and layers of sand, a caricature of the mysterious TSG Hawks manager slowly emerged.

TSG Hawks' press conference began with sand painting of a soaring hawk and the caricature of their manager 洪一中 (Hong I-Chung). #CPBL pic.twitter.com/GNUoGOhg9D

On January 16, the TSG Hawks unveiled 洪一中 (Hong I-Chung) as their inaugural manager following months of speculation that he would lead the new CPBL expansion team. According to the TSG Hawks’ general manager, they signed Hong I-Chung to a three-year deal.

“We want a long-term manager, and we look forward to establishing a new baseball culture under the leadership of Hong I-Chung,” the TSG Hawks chairman told TSNA. “We hope to reach the Playoff in three years and win the Taiwan Series championship in five years.”

TSG Hawks have finally unveiled 洪一中 (Hong I-Chung) as their inaugural manager following months of speculation that he would lead the new #CPBL expansion team. 🦅 pic.twitter.com/AAq59IqkLk

From Guardians to Hawks: Not a Surprise Hiring

The hiring is hardly a surprise to Taiwanese baseball fans, as Hong I-Chung, the legendary CPBL manager, recently finished his nightmarish three-year contract with the Fubon Guardians at the end of December last year.

Due to friction with veteran players, coaches, and front office staff and without the full support from the team owners, Hong I-Chung only served two seasons as the Guardians manager and was “demoted” to the role of “consultant” for the entire 2022 season.

Although the idea of a manager clashing with players and the front office seems like a serious issue. But to many CPBL fans, this is just a typical day within the Guardians organisation, as the team has a long history of infighting and driving away good managers.

This is not the 1st time #CPBL fans see drama within the Fubon Guardians clubhouse (From 2017-2021).

Welcome Back to Kaohsiung, Hong I-Chung

“It is good to return to my hometown, Kaohsiung,” said the TSG Hawks manager Hong I-Chung to ETtoday. “This could be my last contract as a CPBL manager, but I give the Hawks my best effort to lead the team.”

Hong I-Chung told the media that both he and the Hawks are starting from zero. In the past, he used to have to do things that must be done, and he had to do them without questioning the order from above. But now, with the Hawks, he needs to think about what he can do for this young team.

“This is a new beginning, and it is a different kind of pressure, a happy pressure,” said Hong I-Chung. “After a year of rest, I have a lot of things on my mind and a lot of things I want to do.” 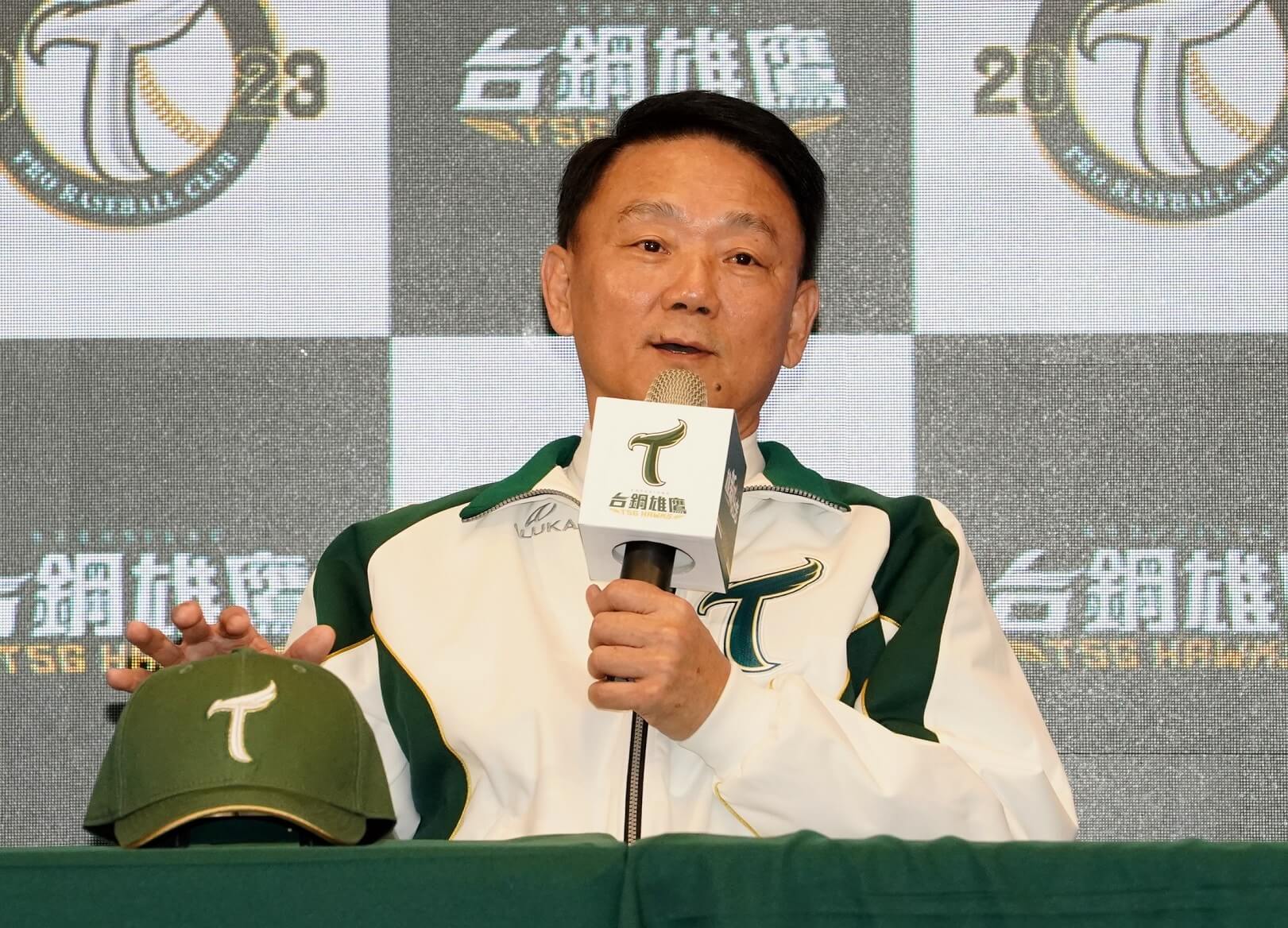 As for any ideas for running the TSG Hawks, Hong I-Chung said he wants to build a disciplined team and make TSG Hawks the pride of Kaohsiung.

“Everyone knows I am a thorough and strict manager. On-field discipline and attitude are very important to me,” said Hong I-Chung to Liberty Sports. “The Hawks is a very team, with younger players, they tend to have less bad habits.”

TSG Hawks unveiled their slogan "AMBITIOUS" for the 2023 season.

The Hawks, being the expansion team, will spend their first year in the #CPBL minor league. pic.twitter.com/IfVNHKHyi2

At the press conference, Hong I-Chung revealed the idea of signing young foreign pitchers from Japan and America as development players for the 2023 CPBL minor league season.

As for the foreign player signing plan for the 2024 CPBL season? Hong I-Chung told Liberty Sports they are likely to bring in some candidates for tryout around July.

With the World Baseball Classic just a few months away, the TSG Hawks also revealed that they will be playing warm-up games against the Cuban and Italian WBC teams in March.

“It would be a good training and experience for the Hawks young players,” said Hong I-Chung.

Legendary CPBL Manager: 9 Away From 1000 Wins

Over Hong I-Chung’s 17-season managerial career, he compiled a record of 991 wins, 844 losses and 34 draws. He currently holds the CPBL record for the most managerial wins.

Between 2004 to 2021, he made nine Taiwan Series appearances and the championship seven times.

The Hawks team owners have set the team expectations to reach the Playoff in three years and win the Taiwan Series championship in five years. Can Hong, the legendary CPBL manager, able to get the job done? Only time will tell.

The Hawks' organisation goal is to reach the Playoff in 3 years and win the Taiwan Series championship in 5 years. #CPBL pic.twitter.com/IqljcJ61em