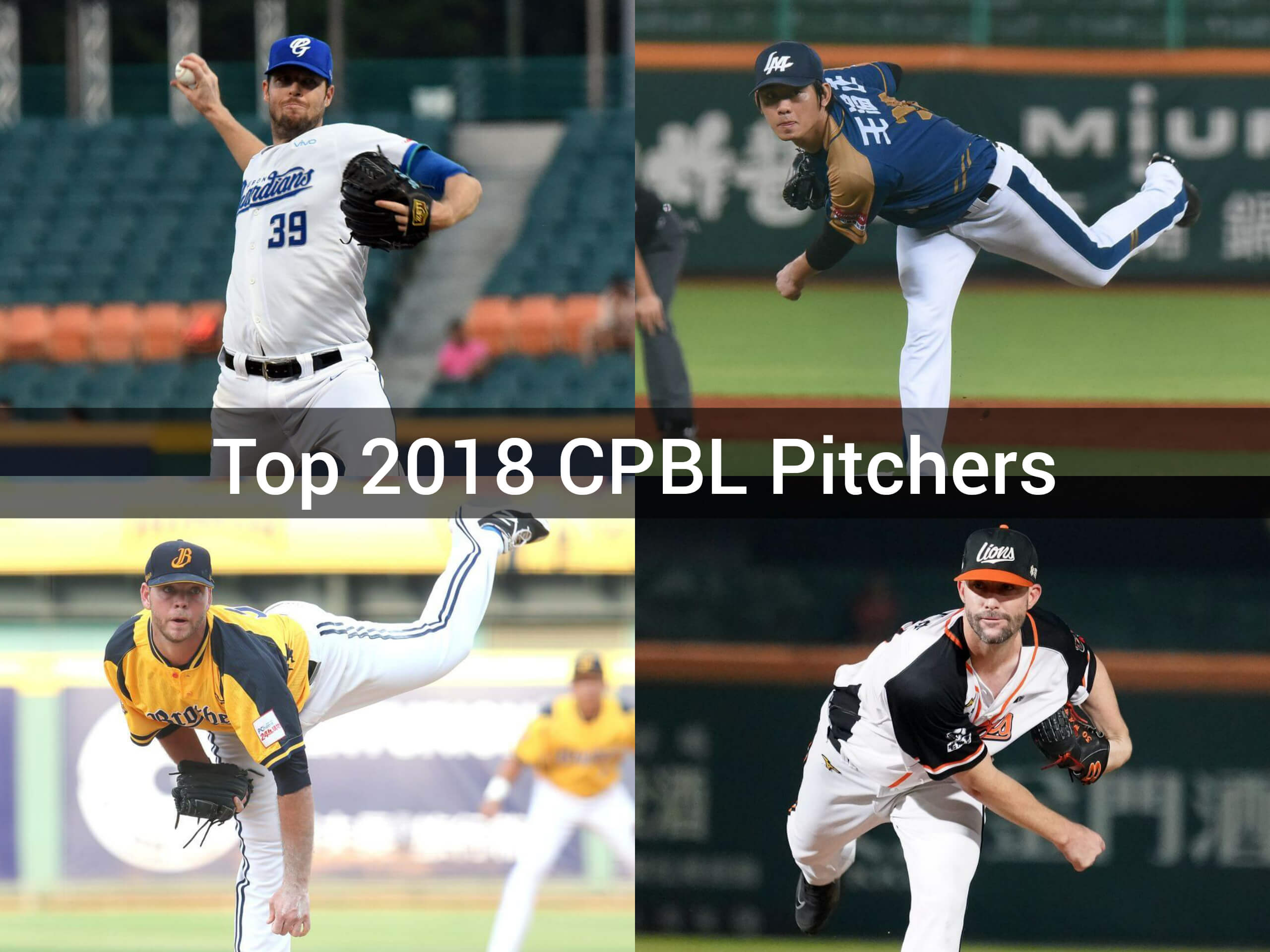 As the time goes by with the playoff just around the corner, which means the regular season will soon come to an end. With the last make-up game scheduled on October 14, the individual annual pitching and hitting awards are about to begin.

This is the perfect opportunity for us to review some of the best pitchers the league has to offer in the 2018 season. We will start off with the top starting pitchers from each team. (Top five in WAR)

Returning for his sixth CPBL season, Mike Loree, the ace of the Fubon Guardians once again posted a dominating season. Although he missed a few starts in mid-July and late-August due back injury, Loree returned stronger than ever, posted a 2.51 ERA in September.

Another ace in the CPBL is the Uni-Lion’s Josh Roenicke, who is the current CPBL ERA leader (3.18 ERA). He had an impressive 2.10 ERA in the first half season where he had 13 quality starts in his 14 outings.

Unfortunately, Taiwan’s humid climate and temperature lead to his demise in the second half. In September, he gave up more than three runs per game since August 18, and only have one quality start in his last six starts.

With the Monkeys’ Michael Nix (3.26 ERA) just a few steps back in the ERA ranking, Josh Roenicke will have to tread carefully final two or so starts should he want to win the ERA title.

Bryan Woodall, the teammate of Mike Loree, has also done well in the 2018 season. On September 26, He threw a one-run ballgame over six innings and secured his league-leading 13th win of the season.

As of October 1, Woodall posted a record of a 3.33 ERA and 1.24 WHIP over 159.2 innings. He is currently in the third place in league ERA, fifth in strikeouts and leads the league in the number of innings pitched.

Nick Additon, a crafty lefty after the initial struggle at the beginning of the season has become much better in the second half season. Currently with the record of a 3.43 ERA and 1.34 WHIP over 152 innings of work.

What sets Additon apart from the above three pitchers is he is more relying on his craft instead of trying to overpower the hitters with his fastball. With his average fastball speed sits around 137kph, his curveball and changeup are his best weapons.

Aside from the foreign pitchers, the homegrown representative is the Lamigo Monkeys’ 王溢正 (Wang Yi-Cheng). This season, Wang decreased his home run rate from 2.68% to 0.86%, in doing so, making his FIP (3.80) much lower than last season.

After discussing the starting pitchers, let us talk about the critical relievers from each team. There is a saying in the CPBL, the “real fun” begins after the sixth inning when teams activated their bullpen. 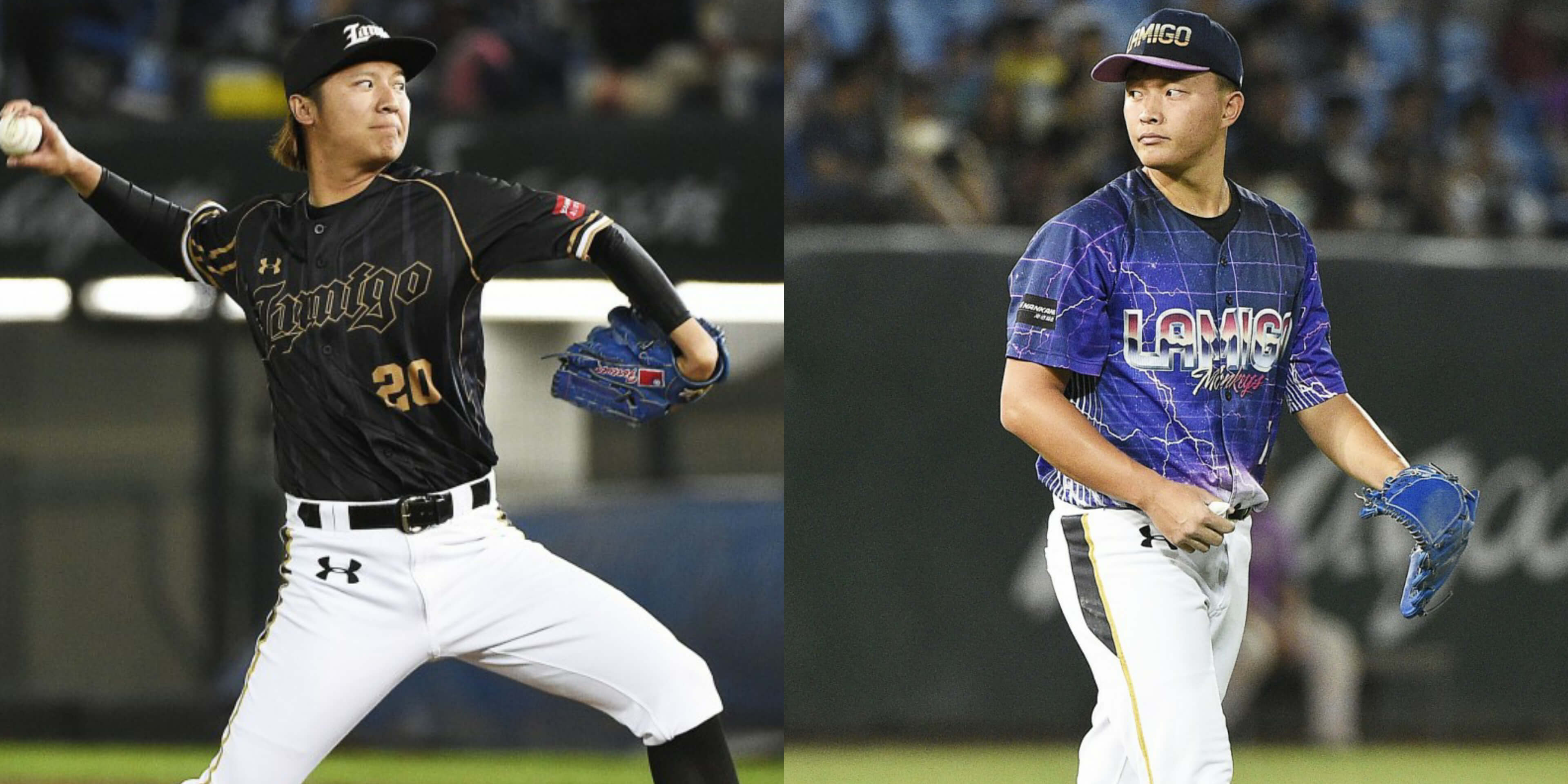 The most effective closer this year is 陳禹勳 (Chen Yu-Hsun), whose nickname is “Township Mayor”. His LOB% (75.1) and FIP (3.38) are ranked second among all the relievers in the league.

One thing that hurts Chen this year is his WHIP, at 1.49, which is higher than his career average. Nevertheless, it does not diminish his contribution to the team, as he is currently lead the league in saves (27).

Despite being a rookie, 吳丞哲 (Wu Cheng-Che) quickly earned his trust of the management team and found himself being the go-to reliever.

As of October 1, Wu had pitched 57 innings over 61 games and with 17 holds. Due to his frequent usage by the team, this earned him the nickname “Everyday Che”. 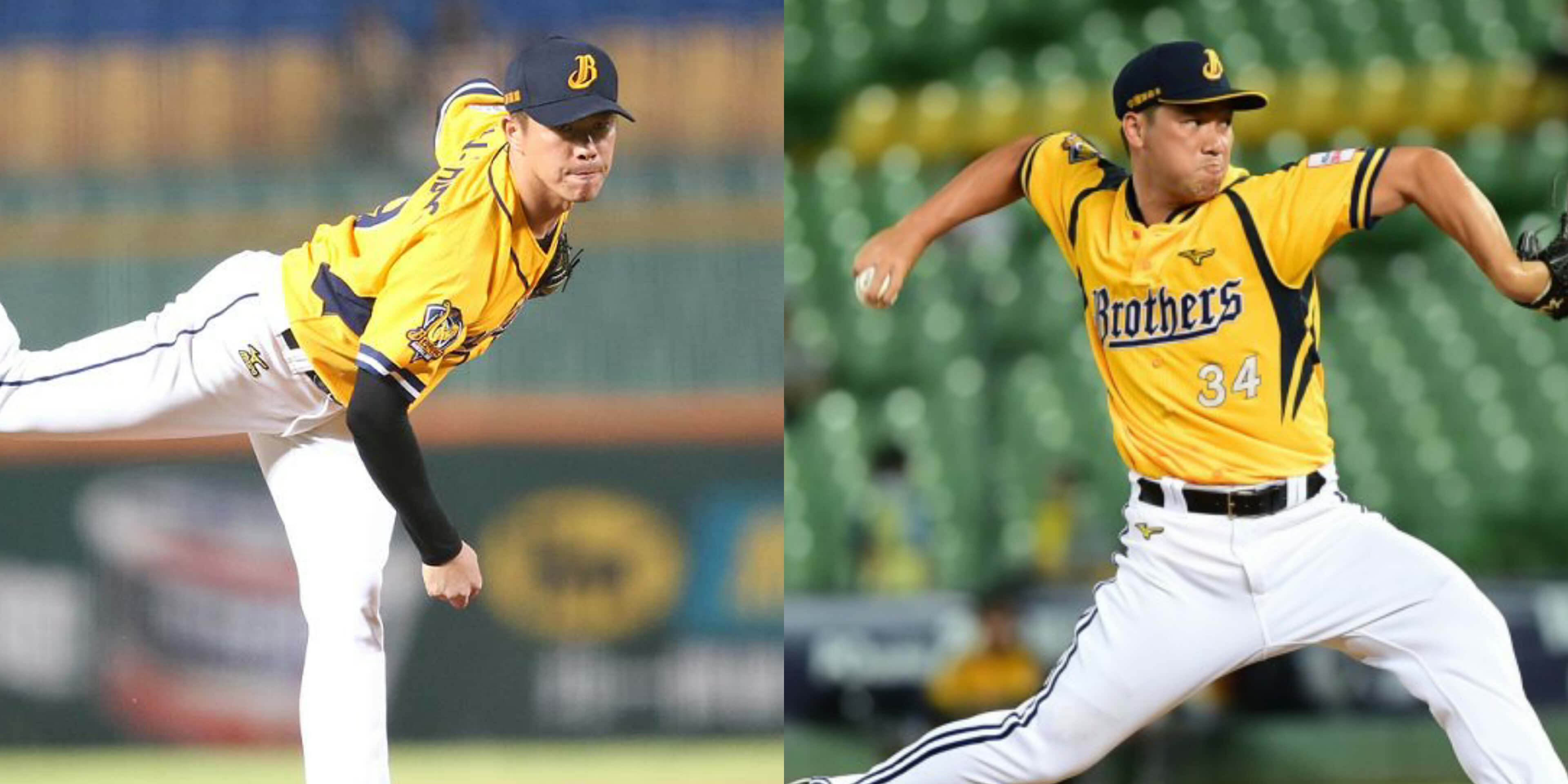 The former Chinatrust Brothers’ starting pitcher 鄭凱文 (Cheng Kai-Wen) has moved on to the setup man role this season. His 15 holds ranks him fifth in the league. In addition, his WAR (0.68) placed him fourth in the league among relievers.

李振昌 (C.C. Lee), who had spent a significant amount of time in the MLB system was drafted by the Brothers in the first round this year. Upon joining the Brothers in August, he quickly takes over the closer role.

Two months since his signing with the Brothers, Lee already picked up 12 saves. He’s got a deceptive sidearm delivery with a fastball that sits around 150kph and a 135kph slider with a late movement which limit the hitters to 0.246 average. 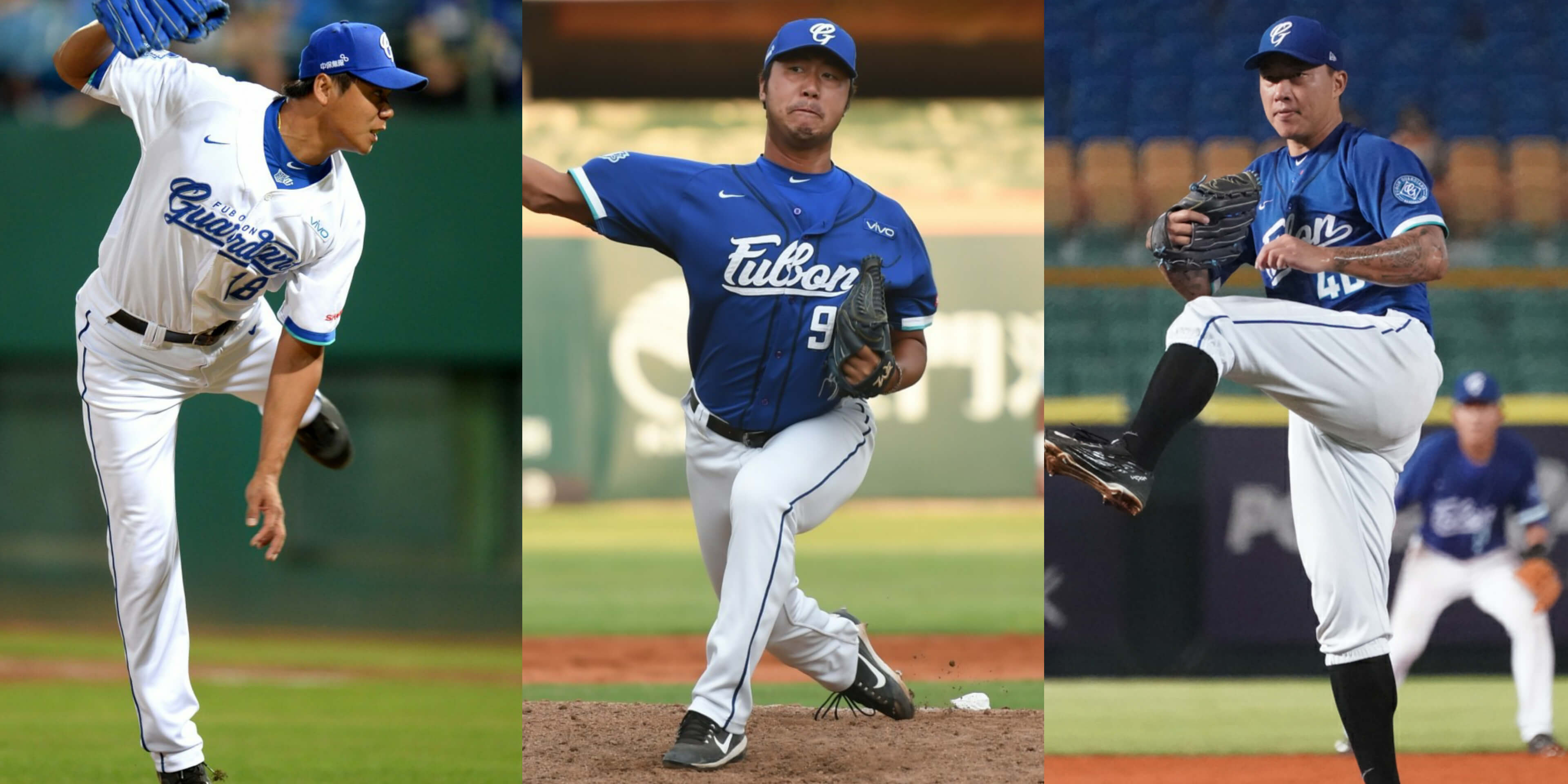 On August 23, Ni was struck in the elbow by a comebacker and has been put on the disabled list. Ni started his rehab assignment in the farm league on September 22. Currently, there is no timeline when he will return to the first team.

Another Guardians reliever that is also worth mentioning is the retiring 郭泓志 (Kuo Hong-Chih). The former MLB All-Star has been perfect in September, he struck out 13 in 8.2 innings of work and without giving up a run. 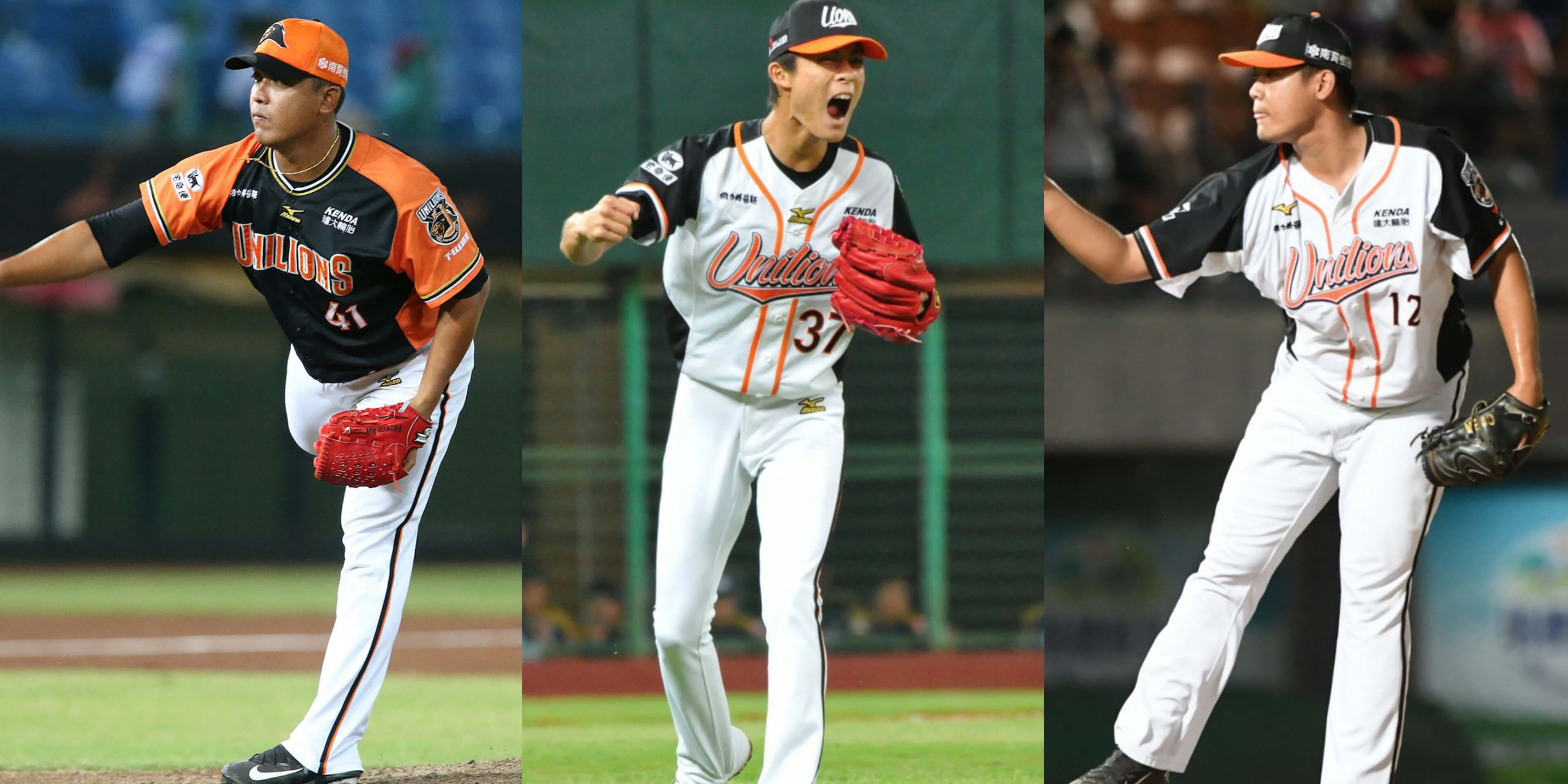 The trios each have their different strength, Chiu is good at solving problems when runners are scoring position. Wang relies on his experience, and Chen depends on his high strikeout rate (31%).

An example would be the game on September 30, where the trios went into the game and shut down the opponent to help the Uni-Lions stop their three-game losing streak.

16 Games Left in the Season

Due to all the typhoon-related rainouts, the 16 make up games will start from October 2. Each team will have their chance to secure the final spot in the 2018 Taiwan Series.

Since the Monkeys have won the first half championship, should the Monkeys win the second half season, they will be given a one-game win advantage in the Taiwan Series.

Teams with second and third overall win percentage will play a best-of-five series to determine which team will advance to the Taiwan Series.