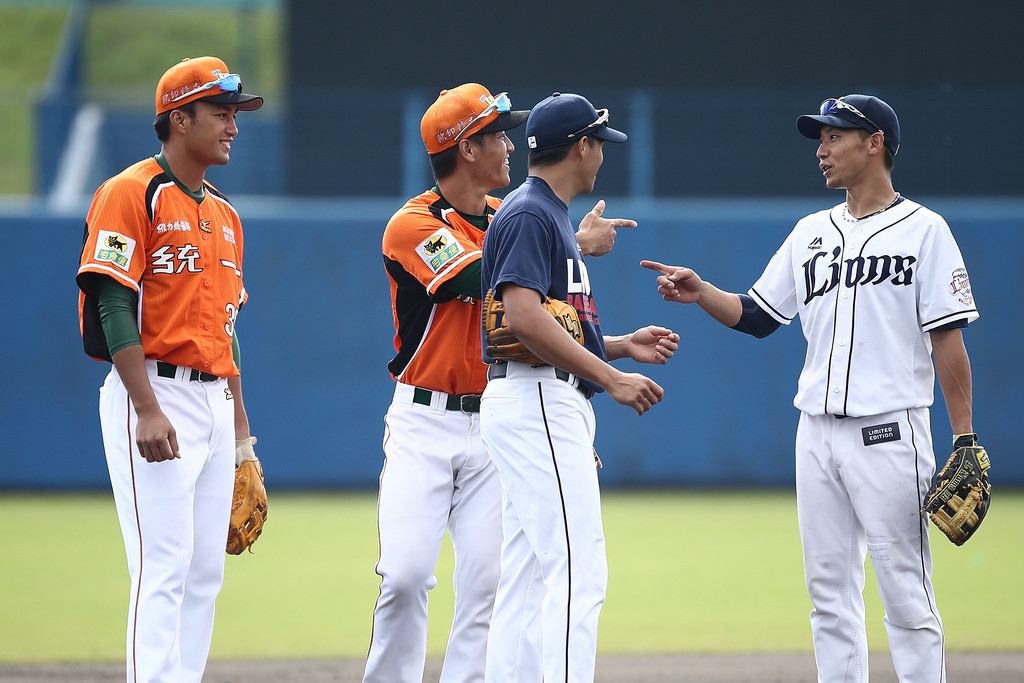 As we all know, CPBL is a lot of fun: plenty of hits, nice long games, and bags of personality from the players, coaches–and even the umpires. However, if you don’t speak Mandarin, following a broadcast or talking with friends at a game can occasionally be a challenge. With this in mind, we’ll be presenting a short series on useful phrases to help you learn all the key phrases you’ll need to follow the game a little more closely.

As with any learning process, it’s best to try these phrases while watching a game, but we’ll also be supporting you with Quizzes (via Quizlet). We’ll be providing the English term, the pinyin, and the hanzi (Chinese characters) as follows:

You’ll notice the diacritics, or marks above the letters. These show the tones used in Mandarin. For listening, you probably don’t need to worry about them, but if you’re keen to practice speaking, see if you can follow them. Below is a handy guide on tones.

When watching baseball “bàng qiú” / 棒球 (literally, “bat ball”) you’re likely to hear the same phrases over and over again. When watching a game, or “bǐsài” / 比賽, a lot of these phrases will, as you might expect, be based around numbers, so although they’re not the most exciting words to learn, they’re certainly very important. Master these, and your foundation will be strong.

Counting 0 to 10 in Mandarin

Despite many games in CPBL going much higher, let’s start with 1-10. Here, even though you probably won’t see the characters for numbers too much during a game, they are worth knowing. Here’s the list:

Watch out for “two”, however: when it’s used to count things like runs and balls, it has a different character, (兩) and is pronounced “liǎng”. This shouldn’t be confused with the word for zero, which is “líng” / 零.

Okay, so have you got the numbers? If not, here’s a video. This is also helpful for those keen to learn and practice the tones.

Let’s now put them to some use.

The words for bases in Mandarin are really easy, as they simply combine the numbers above with the word “lěi” / 壘 (think of the base lying down if that helps). So “yī lěi” / 一壘 is first base, and “èr lěi” / 二壘 is second base, meaning that third base is…(look at the numbers if you need to…) Right! It’s “sān lěi” / 三壘.

This means that the top of the fourth inning is “sì jú shàng” / 四局上, and the bottom of the third is “sān jú xià” / 三局下 (plus any other combination you can think of).

Memorized all of that? Okay, then here’s a test: using the above, what do you think the following means? “shàng lěi” / 上壘 (Tip: Don’t think too hard, and just take it literally)

Right! It’s “on base”. As you can see, as with a lot of words in Mandarin, once you know the parts, it’s all pretty straightforward.

Finally, we have the scores. These are, of course, really easy to follow, but as we’re looking at numbers we’ll cover them anyway. The key here is the word “bǐ” / 比 , which we saw earlier in the word for “game”, “bǐsài” / 比賽, and is often used in comparisons. All you need to do is put it between the numbers, and you have a typical score: 3比2 (sān bǐ èr) is 3 to 2, 7比0 (“qī bǐ líng”) is 7 to 0, and so on. For those of you who like tests, keep track of the scores in these highlights:

Here are some words that might come up in future lessons, but which you’ll also hear all the time. Try to learn these, too!

Notes on Pronunciation and Spelling

About the Author: Joe-Joe

Joe-Joe is our Japan-based contributor and the resident music expert. Apart from supporting the Tokyo Yakult Swallows, he is also a fan of the CPBL. You can follow Joe-Joe on Twitter @homerunbunt.