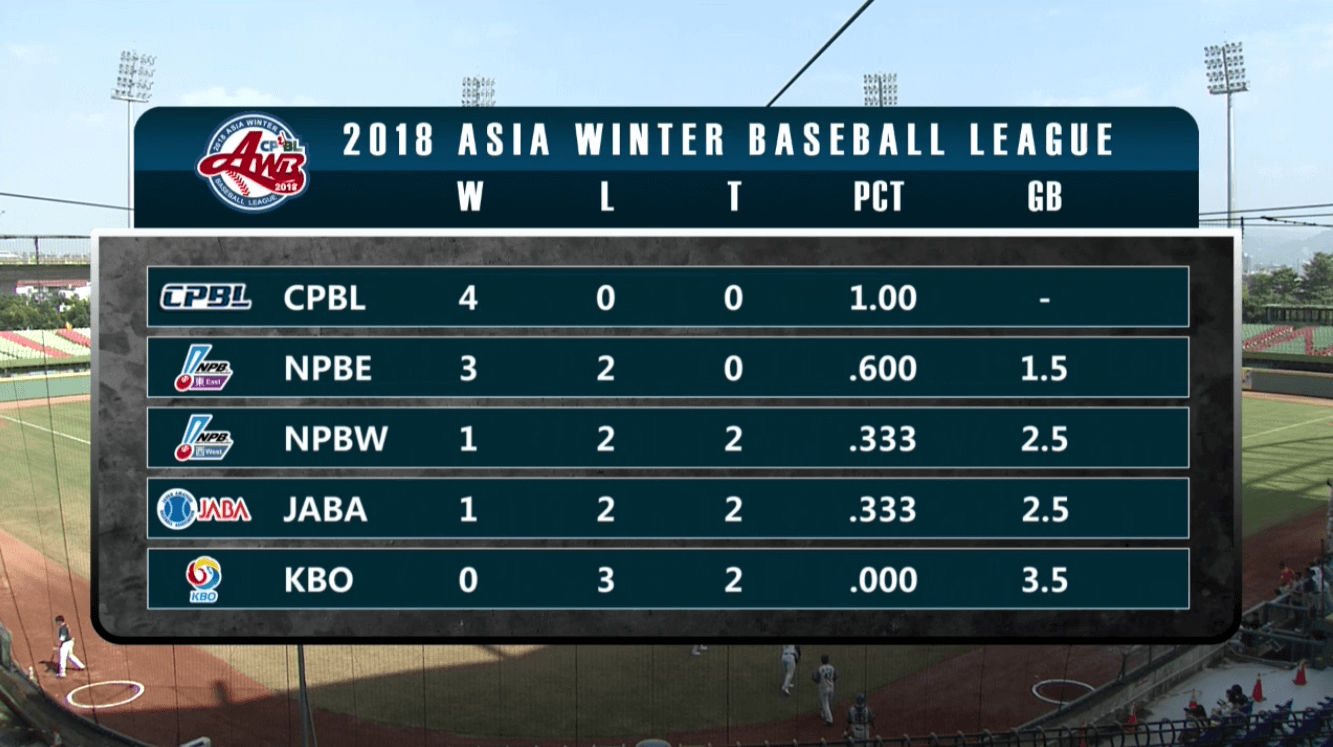 On November 27, the Lamigo Monkeys’ 21-year-old 葉家淇 (Yeh Chia-Chi) struck out 11 against Team NPB East. The hard-throwing LHP’s fastball sat around 145-149kph throughout his outing and topping out at 151kph.

Yeh was the Monkeys’ 2015 third round draft pick with the plan of developing him into a first-team starting pitcher. The current projection Yeh will most likely make it to the Monkeys’ first-team rotation around 2021.

Is the Lamigo Monkeys going to convert catcher Chang Min-Husun into a full-time outfielder? As we noticed the 2015 first round draft pick started playing outfield during the 2018 minor league season and is registered as an outfielder on the 2018 Winter League roster.

Which makes you wonder maybe Change never recovered from the case of a yips dated back in June 2017. During a minor league game, fans noticed how Chang was unable to return the ball to the pitcher properly.

Chang is currently hitting .346/.333/.577 in the winter league. Should Chang able to maintain his hot bats and work on his outfield defence. He might be able to crack the 2019 opening day roster as a fourth or fifth outfielder.

During the day, he works for Japan’s Kirayaka Bank, at night, he becomes a strikeout machine! That is the life for most of the semi-pro players from Japan and Taiwan’s industrial league.

On November 26, Team JABA’s 小島康明 (Ojima Yasuaki) set the Winter League record with a total of 17 strikeouts over nine innings of work against Team KBO.

Apart from Ojima’s 17 strikeouts complete-game, what’s even more impressive was him struck out nine batters in a row from fourth to the seventh inning.

On November 24, Kim went six innings, gave up four earned runs and stuck out nine against the NPB East Team.

According to Team KBO’s manager, with Kim able to hit 150kph with his fastball, the Eagles are planning to convert him into a starter in the 2019 season.

In this year’s winter league, Kim will have roughly five starting opportunities and a chance to work on his changeup in preparation for the 2019 KBO season.

Bulao (which mean not old in Mandarin) Baseball League is an age 65+ senior league set up by the Hondao Senior Citizen’s Welfare Foundation. Their goals are to provide the opportunity for senior citizens to socialise and exercise.

After six years of running the senior league, in 2018, there are over 15 teams and around 300 players with an average age of 68 years old.

“I’d rather fall down while playing baseball than laying in bed watching the sunset,” said a player from the Bulao Baseball League.

Painful Flashback: The Horror… the Horror…

On November 25, umpire 楊崇輝 (Yang Chung-Hui) was hit in the belly by a foul ball. Seems innocent enough at first glance, but that brief thousand-yard stare suggested it probably triggered some painful memory for Yang Chung-Hui.

About two years ago, Yang took a direct hit in his private region and had to leave the game early due to the pain. According to an article on UDN at that time, even though he was wearing a cup, the doctor had to “pull out” his genital because the impact was so hard.

The Asia Winter Baseball League tend to be the place where the CPBL teams sent their top round draftees to get their first taste of “professional baseball”.

On November 24, we saw the Fubon Guardians’ 2018 first round draft pick, Tai Pei-Feng getting his first hit since signing with the Guardians.

The 18-year-old catcher is considered to be one of the most balanced high school catchers that entered the 2018 CPBL Draft. Based on the scouting reports, defensively speaking, Tai is good enough to start in the CPBL first team, but still required some minor league seasoning batting-wise.

That is until he started to pitch anyway, the Japanese RHP quickly made baseball fans remember his name by throwing some nasty slider and curveball in his first Winter League outing.

范國宸 (Fan Kuo-Chen), the Fubon Guardians 2017 fifth-round draft pick is currently in the second place in the home runs leaderboard with two homers.

On November 24, the Seibu Lions’ 武田愛斗 (Aito Otaki) made a rather interesting play in the right field. The 2015 fourth-round draft pick slipped while racing back to the warning track. Although Aito lost his footing, he still managed to recover and caught the ball.

Remember Taiwan’s amateur RHP 吳昇峰 (Wu Sheng-Feng) from Taiwan Cooperative Bank? He was the guy who shut down the KBO All-Star lineup in the 2018 Asian Games.