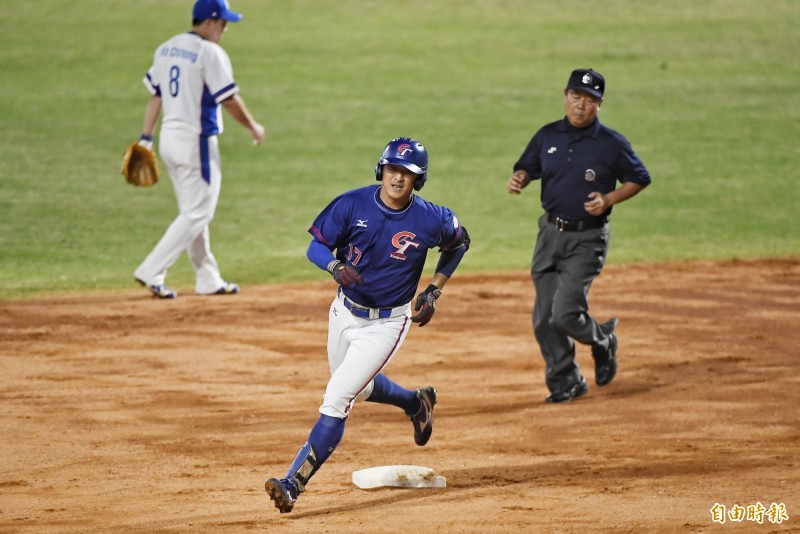 This was an underdog story that no one saw coming. Team Taiwan defeated the star-studded Team Korea 2-1 in the Asian Games opener last night.

The three Taiwanese amateur pitchers only allowed the all-professional Korean lineup to one run and six hits to secure the final victory.

“Our pitching staff tonight were perfect in my book,” said Team Taiwan’s manager. “I also want to thank Team Taiwan’s support and logistics team for providing us valuable analysis and scouting reports on the Korean team.”

Due to injuries and existing team obligations, the Taiwanese 2018 Asian Games squad is made up of CPBL players and 17 amateurs from Taiwan’s industrial league.

Despite coming into the tournament with less talent than the Korean team, this Taiwanese squad has shown resilience and has played an exceptional ball game against the tougher opponent, who have several former MLB players in their lineup. 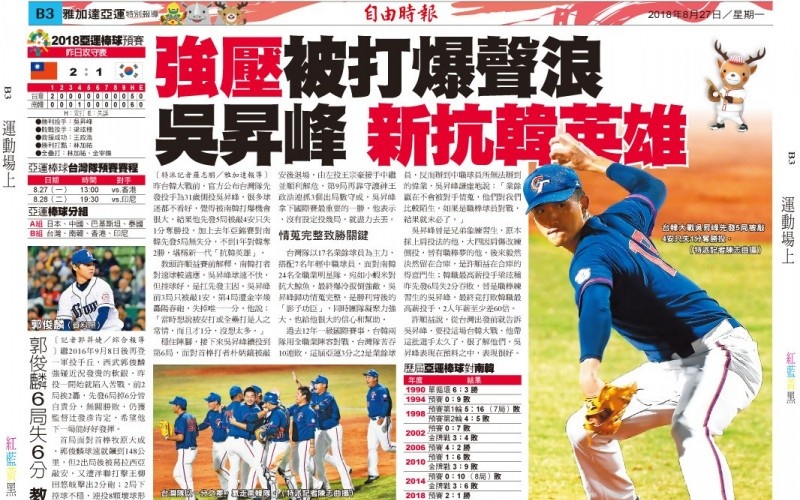 Facing the Korean ace Yang Hyun-Jong, Team Taiwan got a head start in the top of the first inning. 姜建銘 (Chiang Chien-Ming) started the Taiwanese rally with a triple and immediately followed by a 2-run home run from 林加祐 (Lin Chia-Yu).

“I was having a little bit of a problem keeping up with Yang Hyun-Jong’s fastball during the first two pitches, but I told myself if he threw another fastball, I will have to find a way to get my timing right,” said Lin Chia-Yu.

“Of course I felt a bit scared when looking at the Korean lineup. But this actually motivated me to pitch better against them,” said Team Taiwan’s starting pitcher Wu Sheng-Feng.

From the sixth to the eighth inning, 王宗豪 (Wang Tsung-Hao) continued to shut down the Korean lineup, limiting them to just two hits. In the bottom of the ninth inning, after giving up a lead off single to Kim Jae-Hwan, Team Taiwan management decided to bring in the closer finish the job.

Team Taiwan's 王宗豪 (Wang Tsung-Hao) flashes the leather on a comebacker and throws to first to start a double play. #AsianGames2018 pic.twitter.com/vN2WLUb7hm

With the tying run on first base, Team Taiwan’s closer 王政浩 (Wang Cheng-Hao) was able to keep his cool and issued back-to-back strikeouts to Lee Jae-Won and Son Ah-Seop. He then induced Hwang Jae-Gyun to a pop fly and successfully slammed the door on Korea’s final rally.

Heroes of the Game 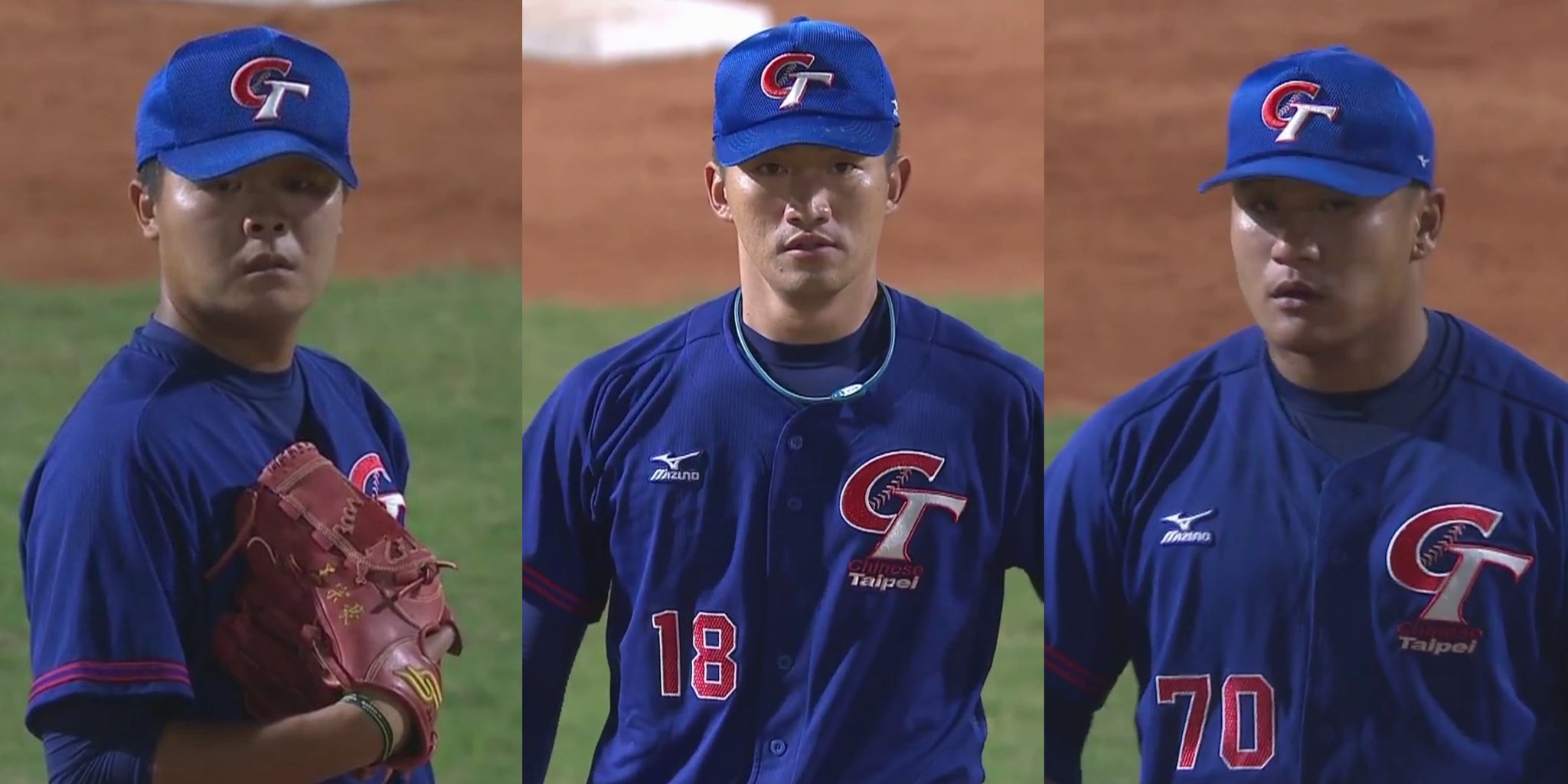 Stuff You Missed From the Game

Here at the CPBL STATS, we have an unhealthy obsession with unique umpire strikeout calls. We secretly believe that all umpires are actually part-time kung fu masters. Here is the Japanese umpire doing the Buddhist symbol strikeout call from the Asian Games last night.

Here's some 卐 strikeout call from the 2018 Asian Games. (From Taiwan vs Korea Game) #UmpGifs pic.twitter.com/yeG6OeHaNX