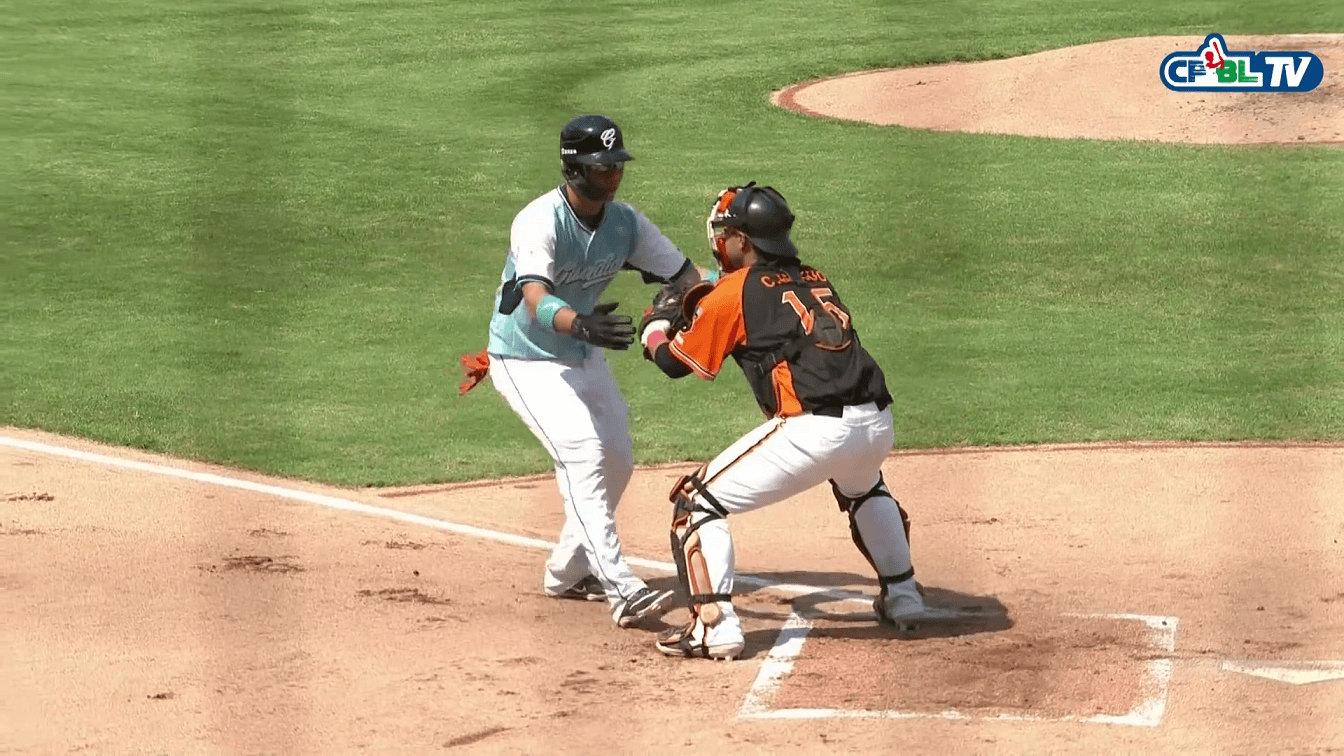 Heartwarming Way to End Tag Out

There is no railroading on Mother’s Day. On May 12, Fubon Guardians’ 林益全 (Lin Yi-Chuan) shared a heartwarming hug with the catcher at home plate after realising there is no way to avoid the tag.

It was two outs in the bottom of the first, and Guardians had a 2-0 lead over the Uni-Lions with Lin Yi-Chuan on second. Lin’s teammate ripped a fastball down the middle and sent it to the left field.

Lin, who is not exactly known for his speed around the bases decided to take his chance and went for it. However, he was unable to beat the throw from left field and was cut down by at least four steps.

Knowing there are no other ways to escape the imminent tag by the catcher. Lin accepted the fate, slowed down and gave the Uni-Lions’ catcher a huge hug to end the inning.

Lin Yi-Chuan, you are a kind-hearted gentleman. I’m sure the catcher’s mother will also appreciate what you did on this special day.

Note: The CPBL amended the home-plate collusion rule in 2016. Catchers can no longer block the pathway unless he has the ball. Also the runners can not initiate contact with the catcher.