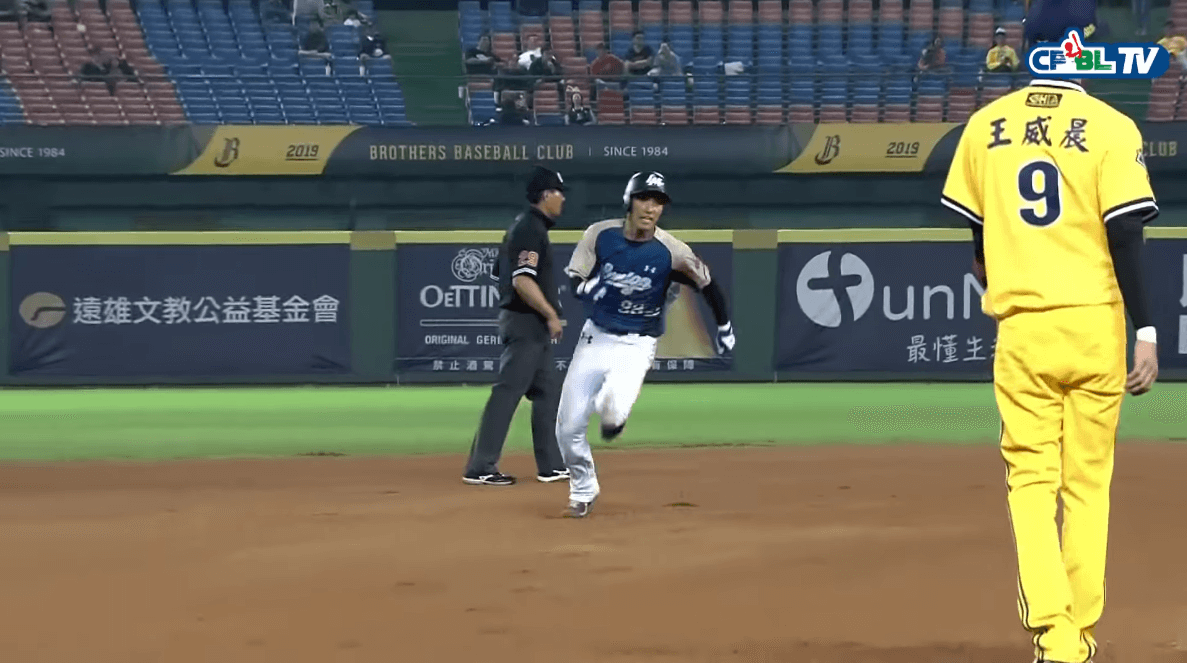 Since the beginning of the 2019 season, 陳晨威 (Chen Chen-Wei) has become an everyday starter for the Lamigo Monkeys. The 21-year-old who bats at the top of the lineup can play middle infield and part-time outfield which creates flexibility in the Monkeys’ depth chart.

Chen stands around 180 cm, 72 kg, with a relatively slim built. He might not hit for power like his teammate Chu Yu-Hsien, who currently hits for 221 in the wRC+ ranking. As of April 15. Chen, however, is considered an above average hitter with a 0.386 OBP and 0.349 wOBA.

We know speed is Chen’s best weapon, which he utilised to beat the infielders and turning routine ground balls into infield hits. With that in mind, this brings us to the next question, just exactly how fast is Chen?

What Is Home-to-First Time?

The three common statistics that Statcast shows to track a player’s speed are Sprint Speed, Home-to-First and 90-foot Running Splits. Due to the limitations of measurement facilities at the CPBL stadiums, we only researched by measuring the “Home-to-First” figures.

NOTE: There are TrackMan and other tracking systems in most of the CPBL stadiums, however, those data are not available to the public.

According to MLB.com, Home-to-First is defined as “the time elapsed from the point of bat-on-ball contact to the moment the batter reaches first base”. As a left-handed hitter, Chen is closer to first than the right-handed hitters.

To clarify, we do not calculate all the batted balls, as hitters generally don’t dash to first on a line drive. We took numbers based on the “weak grounder” by Chen, and in April, the average is 3.95 seconds!

In 2018, Dee Gordon also dashed a 3.95 sec in 298 competitive runs with a 29.0 (ft/sec) in the sprint speed category. If we only consider figures from Home-to-First, Chen Chen-Wei is as fast as Dee Gordon!

Major League scouts often use the 20-80 scale to define young talents’ physical tools. When it comes to running speed, simple criteria for Home-to-First is shown below for left-handed batters. According to the chart, the speedy rookie will obtain 75-80 on this scale based on his April results. 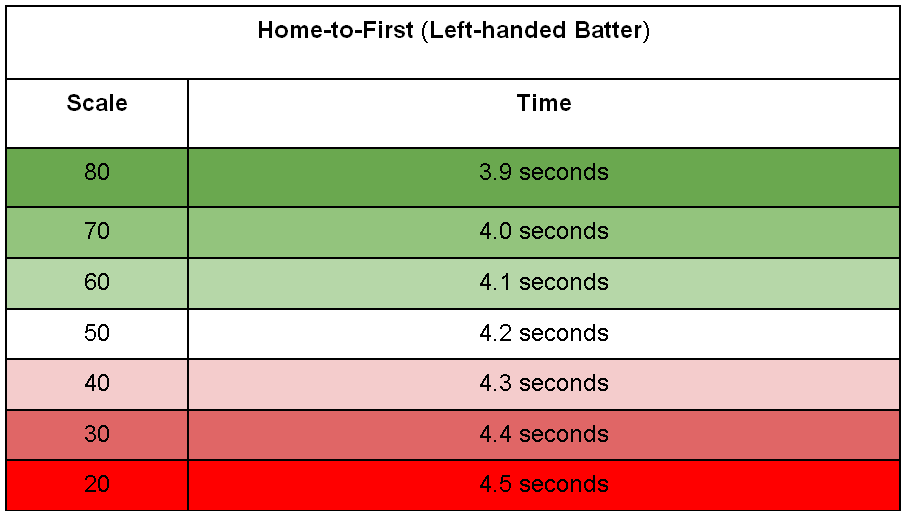 So far this season, Chen is 5-for-6 in steal attempts (83%) which is on par with the 2018 Stolen Bases Leader Wang Wei-Chen. Monkeys’ manager Hong I-Chung told the media that Chen still has room for improvement, he can be better at the timing when he takes off from first and also needs some improvement on his initial speed.

We believe after some seasoning in the first team and with the right training. Chen might be able to do even more damages with his speed on the field.

Below is a short clip of Chen Chen-Wei beats out a throw and pressured infielder for an error. The Home-to-First timing was an outstanding 3.73 seconds!