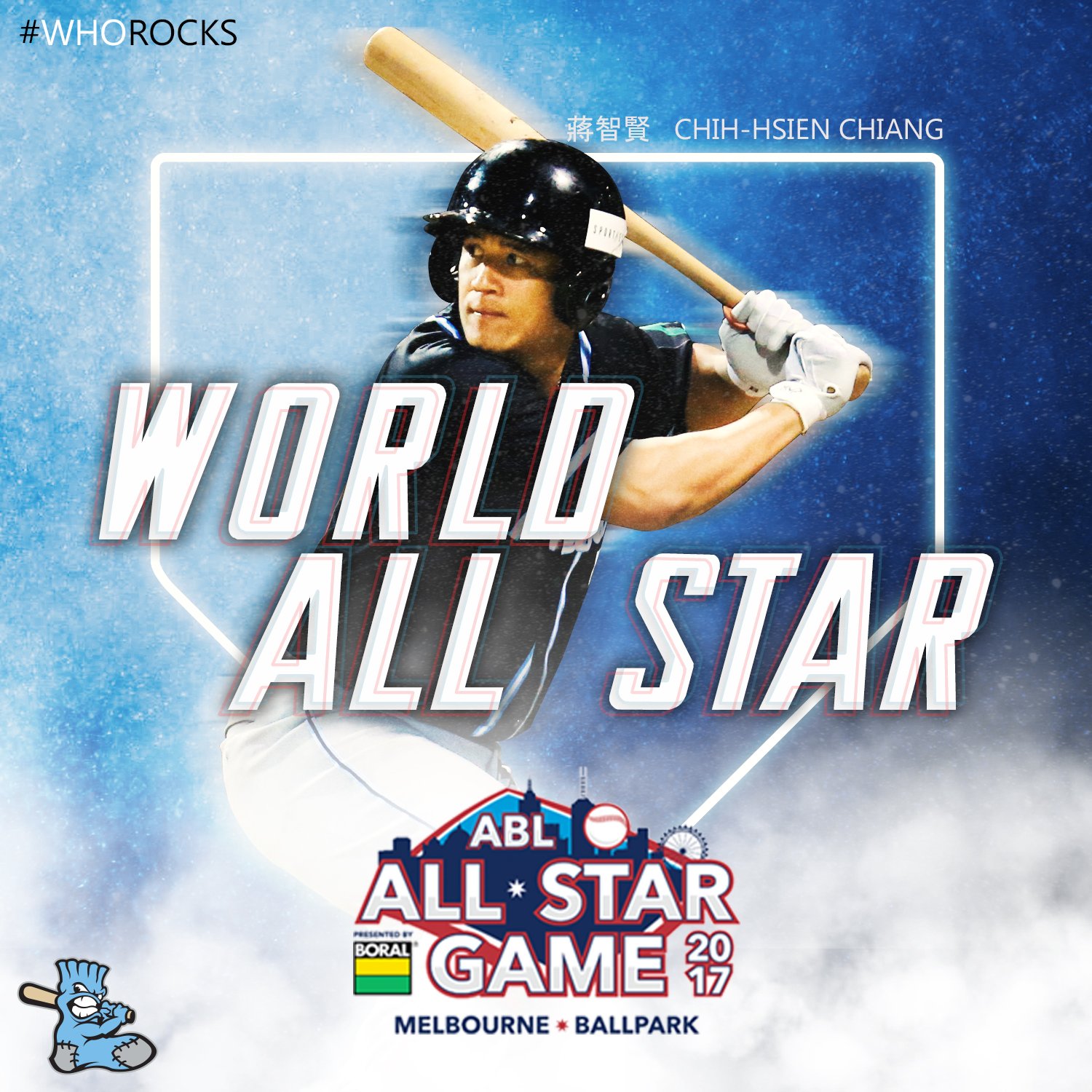 The Australian Baseball League (ABL) have announced the 2017 All-Star Game rosters.  The teams will be based on players nationality, and it is going to be a showdown between Team Australia vs Team World All-Star.

Several Taiwanese players (Chiang Chih-Hsien, Lin Chih-Sheng and Jhang Jin-De) have been named to represent the World team in the upcoming ABL All-Star Game on the 21st December in Melbourne.

Veteran Chang Tai-Shan is on the ballot trying to make the remaining 2 open spots on the All-Star roster.  It will be up to the fans to decide who’s going to make the final cut.

Chiang has been the heart of the Blue Sox offense this season.  Currently slashing .414/.435/.759 while leading the league in home runs (5).

The power is back! After a few weeks of drought in the extra base hit department, Lin had a monster round 4.  Hitting 3 home runs in 4 games last week against the Blue Sox.

LINSANITY! Lin Chih-Sheng (Ake) nails his second home run of the ballgame for the @BrisbaneBandits! That's four in two games for the Taiwanese legend! #ABLSoxBandits pic.twitter.com/d8hbPQCPJz

Jhang’s value is really behind the plate, the Taiwanese catcher has been throwing out base-stealer all over the place.  In 12 games, Jhang successfully caught 12 runners in 15 base stealing attempt.

Jhang Jin-De guns out TJ Bennett for the @SydneyBlueSox! Great arm from the Taiwanese catcher! pic.twitter.com/vWj2wjimMu

Update (15-DEC) Chang will be in the All-Star Game

The ABL have confirmed that Chang Tai-Shan has secured a spot on the World Team roster, receiving over 10,000 votes from fans.

Over 12k votes were cast, and going to the ASG thanks to your votes are Tai-Shan Chang (@AdelaideBite) and Michael Suchy (@SydneyBlueSox)