Ah yes, rookie, we love them because they always go the extra mile when on the field and sometimes they go a bit too far and make hilarious errors that bring a smile to your face.

On October 22, the Lamigo Monkeys’ super rookie 王柏融 (Wang Po-Jung) made a costly mistake in the right field which led to an inside-the-park home run.

Recap of the Incident

It was bottom of the sixth during Game Five of the 2015 Taiwan Series, the Brothers’ veteran Peng Cheng-Min ripped an inside pitch and sent it deep down the line.

The Monkeys’ outfielder Wang Po-Jung tracked the fly ball to the edge of the right field and dived for the ball. Unfortunately, he missed it by about two steps, and the ball was inside the line.

Instead of chasing after the ball, Wang Po-Jung pulled perhaps one of the all-time rookie moments in the CPBL history. He stood up and started tidying up his uniform thinking the ball landed in the foul territory.

It was not until when he caught a glimpse of the line umpire and realised the ball is in the play. However, but the time he picked up the ball, it was already too late. Peng Cheng-Min already crossed the home plate and became the first player to hit an inside-the-park home run in Taiwan Series.

“After I dived for the ball, I saw no reactions from the Brothers’ bullpen, and I honestly thought it was a foul ball,” said the Monkeys’ rookie Wang Po-Jung in an interview with VL Sports. “They were so calm and just sitting there. They tricked me!” 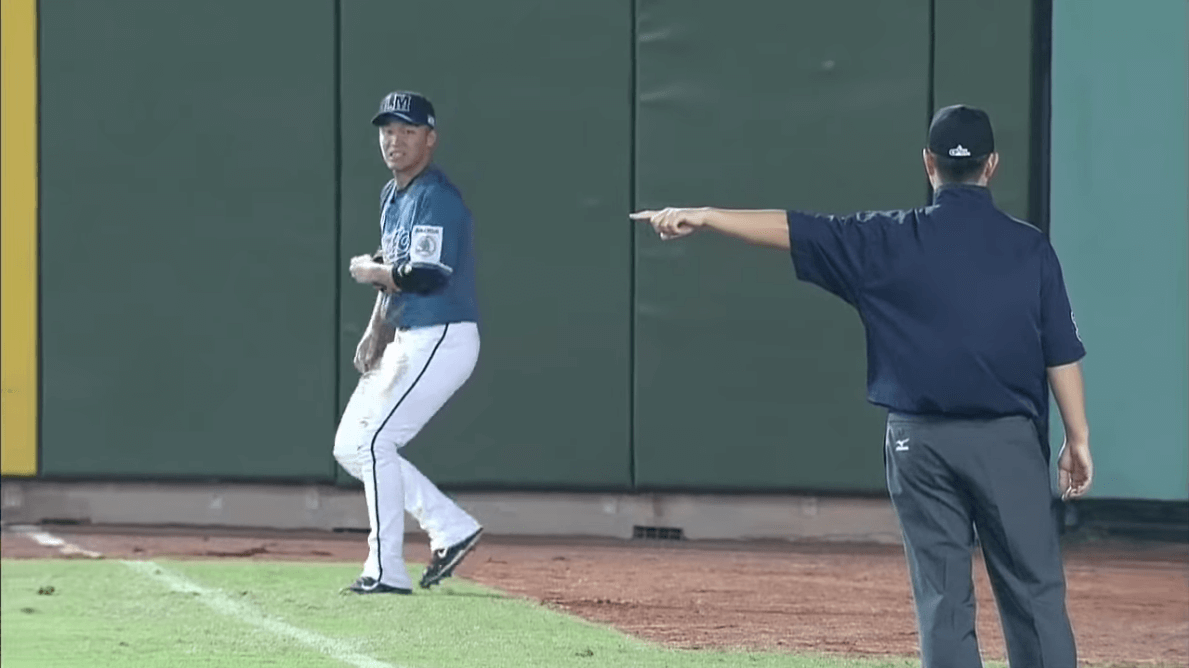