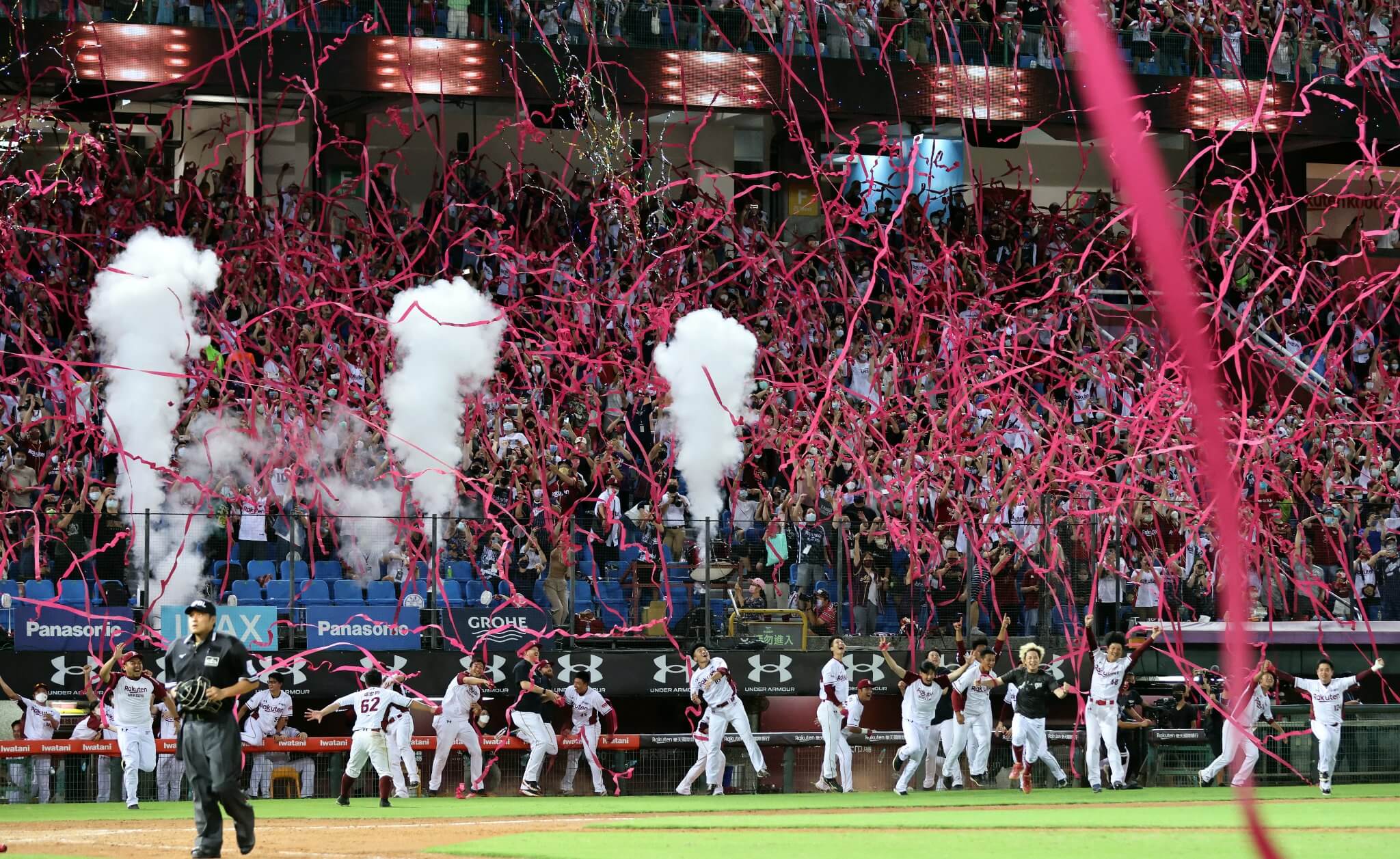 On July 10, in front of 12,529 fans, the Rakuten Monkeys won the 2022 CPBL first-half season title by defeating the Dragons 10-2. For those tracking it at home, this is the Monkeys’ 14th half-season championship in their franchise history.

“After two long years, we finally did it and won the half-season championship,” said the Monkeys manager 曾豪駒 (Tseng Hao-Ju). “Although I told myself that I would not cry, but once I saw the streamers coming down, I couldn’t stop the tears.”

“I want to tell the other teams in the CPBL that we want the 2022 Taiwan Series Championship!” said the Monkeys’ general manager 浦韋青 (Pu Wei-Ching).

“We will continue to use our resources to bolster the team, and I hope the front office can do an even better job in the second half-season,” said the Monkeys’ Vice-Chairman 川田喜則 (Kawada Yoshinori).

Rakuten Monkeys are your 2022 #CPBL 1st-half season Champions! This is the 14th half-season title in the Monkeys franchise history. pic.twitter.com/7eCCVUAa4z

Since this is an important game, as per Monkeys’ tradition, the team gave the starting job to Wang I-Cheng, who is widely known by CPBL fans as “Big Game Pitcher or Lady Luck”.

Wang I-Cheng did not disappoint the team and delivered five solid innings of work where he gave up two unearned runs on 70 pitches.

“To be honest, my condition was not great tonight. I almost threw up mid-game due to the hot and humid weather,” said Wang I-Cheng after the game.

“The management team didn’t set a pitch count or inning limit for Wang tonight,” said the Monkeys pitching coach Hsu Ming-Chieh. “I told him before the game to just go out there and do your best.”

Wang was followed up by relievers Chu Chun-Hsiang and Chen Yu-Hsun, who took care of the next three innings with ease.

Chu Chun-Hsiang pitched two scoreless innings and struck out two. And Chen Yu-Hsun threw one scoreless inning with one strikeout to pick up his 100th career hold and became the first CPBL pitcher to have 100 saves and 100 holds.

“Those career milestones don’t mean much to me,” said the Monkeys reliever Chen Yu-Hsun. “I care more about our team winning the half-season championship.”

Before entering the bottom of the eighth inning, the Monkeys were only leading the Dragons with a narrow 3-2 lead. However, with three walks, one error, one hit-by-pitch and three timely hits, the Monkeys put up another seven runs on the scoreboard.

In the ninth inning, despite having a massive 10-2 lead, the Monkeys did not want to give the Dragons any room to breathe and sent out their closer Bradin Hagens. And he did precisely that and sealed the Monkeys’ victory with just seven pitches. 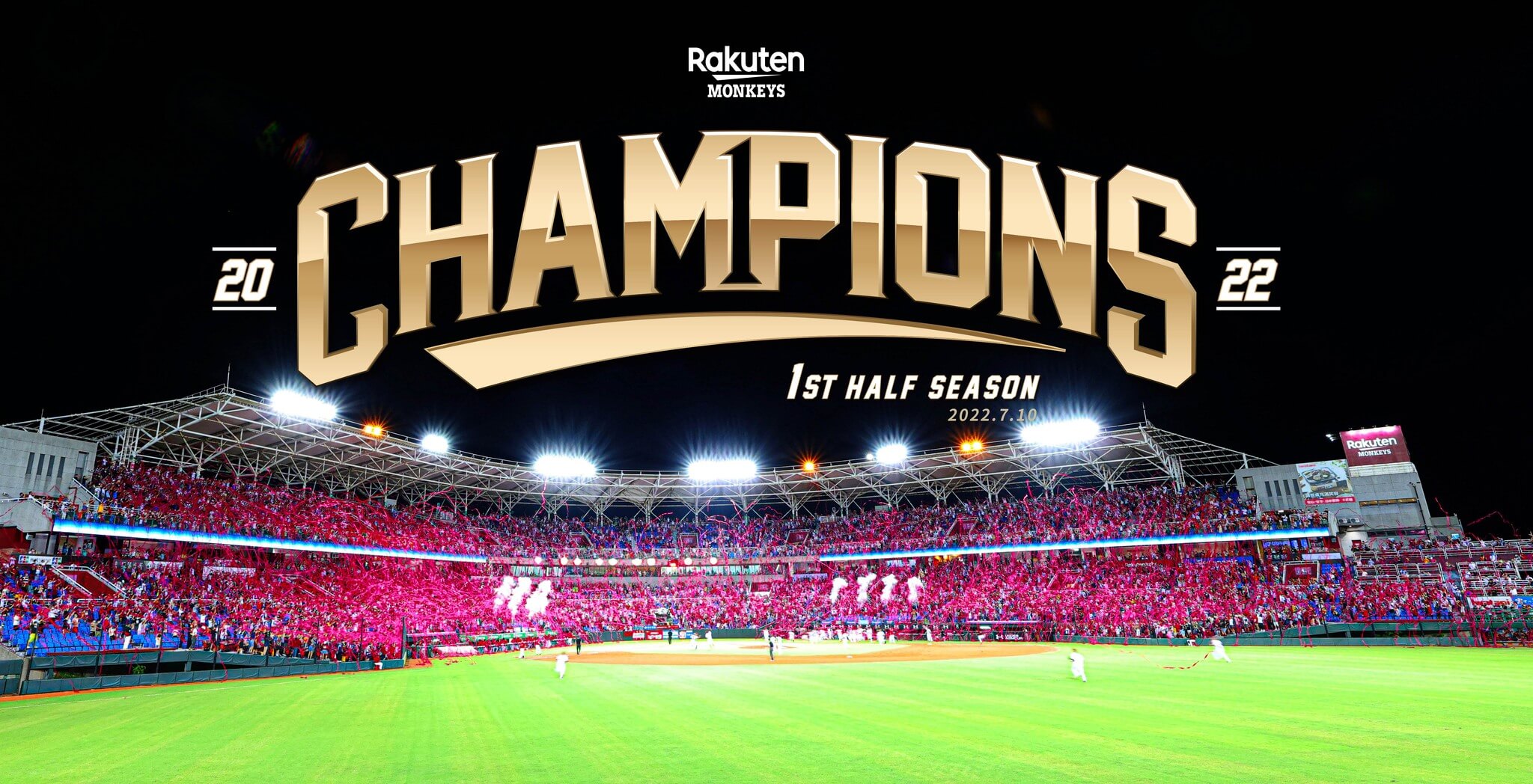 After clinching the first-half season title, the Rakuten Monkeys now have a guaranteed placement in the 2022 CPBL Postseason. Whether they will be in the five-game Playoff Series or go straight to the seven-game Taiwan Series is still yet to be determined.