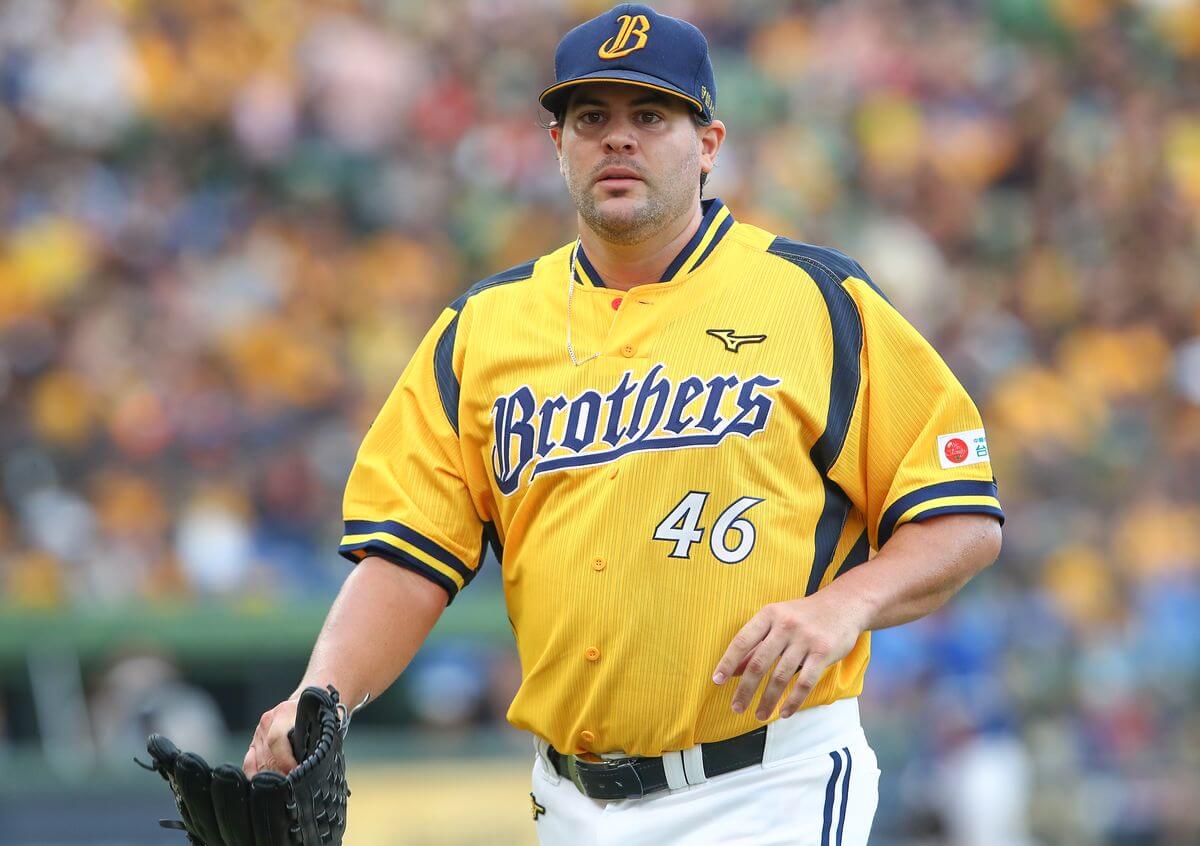 At the end of January, rumours began to circulate that the Monkeys had secured the negotiation rights of Elih Villanueva from the Chinatrust Brothers. On February 8, the Rakuten Monkeys made it official by announcing the signing of right-hander Elih Villanueva for the 2020 season.

33-year-old Elih Villanueva had previously pitched two seasons for the Chinatrust Brothers from 2018 to 2019. On both seasons, he started as the fourth backup player and received his first-team call-up during the mid-season.

Another brilliant outing by #CTBros' Elih Villanueva to lower the Brothers' magic number to 1. The 33-year-old right-hander gave up 2 earned runs across 8 innings. The Brothers now have a chance to clinch the 2nd-half season title tonight either with a win or a draw. #CPBL pic.twitter.com/crg2CatMFg

In 2018, Elih Villanueva was a bit shaky on the mound, but whenever his job is on the line, he always managed to get a passable performance to avoid the axe. He made it to the end of the season with a 5.11 ERA, 1.54 WHIP over 61.2 innings. It is also worth mentioning during that time, he pitched a no-hitter against the Lamigo Monkeys.

The following year, Elih Villanueva once again returned to the Brothers’ organisation as their fourth backup player. He started his 2019 CPBL season in the farm team and eventually received his call-up in June.

Villanueva struggled during his first month on the first-team and was considered to be the next in line for the chopping board. However, he found his grove and started to perform. He lowered his ERA from 6.11 to 2.92 over the next three months.

At the end of the 2019 CPBL season, Elih Villanueva wound up posting a solid 2.92 ERA, 1.21 WHIP over 117 innings. Should he pitched enough innings, he could have a shot at ERA title.

Notes: The Brothers originally signed Elih Villanueva back in 2016. However, he sustained an injury during spring training and was released before the opening day.