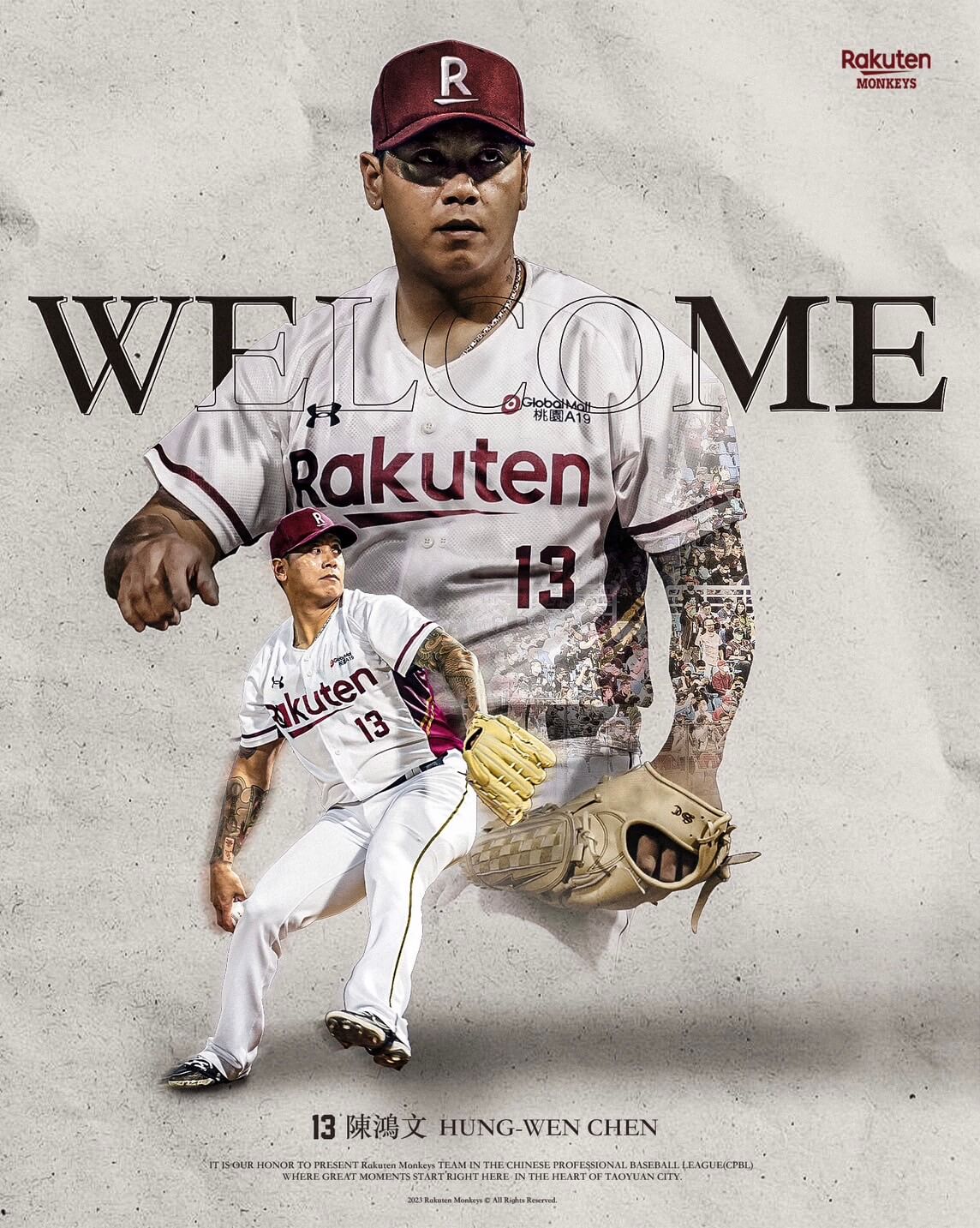 First business day of 2023, and we have our first meaningful free agent signing in the offseason.

On January 3, the Rakuten Monkeys announced the signing of free agent 陳鴻文 (Chen Hung-Wen) and further bolstered their pitching depth with a highly versatile veteran pitcher.

According to the Monkeys general manager, Chen Hung-Wen is set to report to the second stage of the Monkeys spring camp on January 26.

“At the second half of the 2022 season, we noticed that we need to improve our pitching depth,” said the Monkeys GM. “By signing Chen Hung-Wen, we should be able to solve that problem.”

“It’s a new year, and it’s a new beginning. I hope all my fans can continue to support me. See you guys on the mound!” said Chen Hung-Wen on his Facebook.

Chen Hung-Wen, the 36-year-old right-hander, is about to enter his 11th season in the CPBL. He began his professional career in 2007 with the Chicago Cubs organisation and reached Triple-A in 2010.

After five seasons in the MLB system, Chen decided to return home and entered the 2012 CPBL draft. The Brothers Elephants drafted him in the first round and purchased his contract from the Cubs for 50,000 USD.

Chen Hung-Wen was mostly used as a starting pitcher in his first two seasons in the CPBL. But since 2015, he took on the reliever role with the occasional spot starts here and there. As of today, he compiled a career record of 3.60 ERA and 1.29 WHIP across 737.2 innings.

In the 2022 season with the Fubon Guardians, Chen Hung-Wen posted a 3.86 ERA and 1.32 WHIP over 63 innings. Out of his 21 appearances, he started 9 of those games. At the end of the season, the Guardians non-tendered Chen Hung-Wen and effectively made him a free agent.

According to the Guardians general manager, they wanted to re-sign Chen Hung-Wen, but Chen told them he wished to seek opportunity elsewhere.

As per CPBL regulation, teams can not reduce players’ annual salary by more than 30% if they are on their 60-man protection list. The only way to do so is to non-tender them and re-sign them back.

Chen Hung-Wen’s 2022 annual salary with the Fubon Guardians was 264,000 USD. The Monkeys have not publically announced Chen’s 2023 salary as of today.