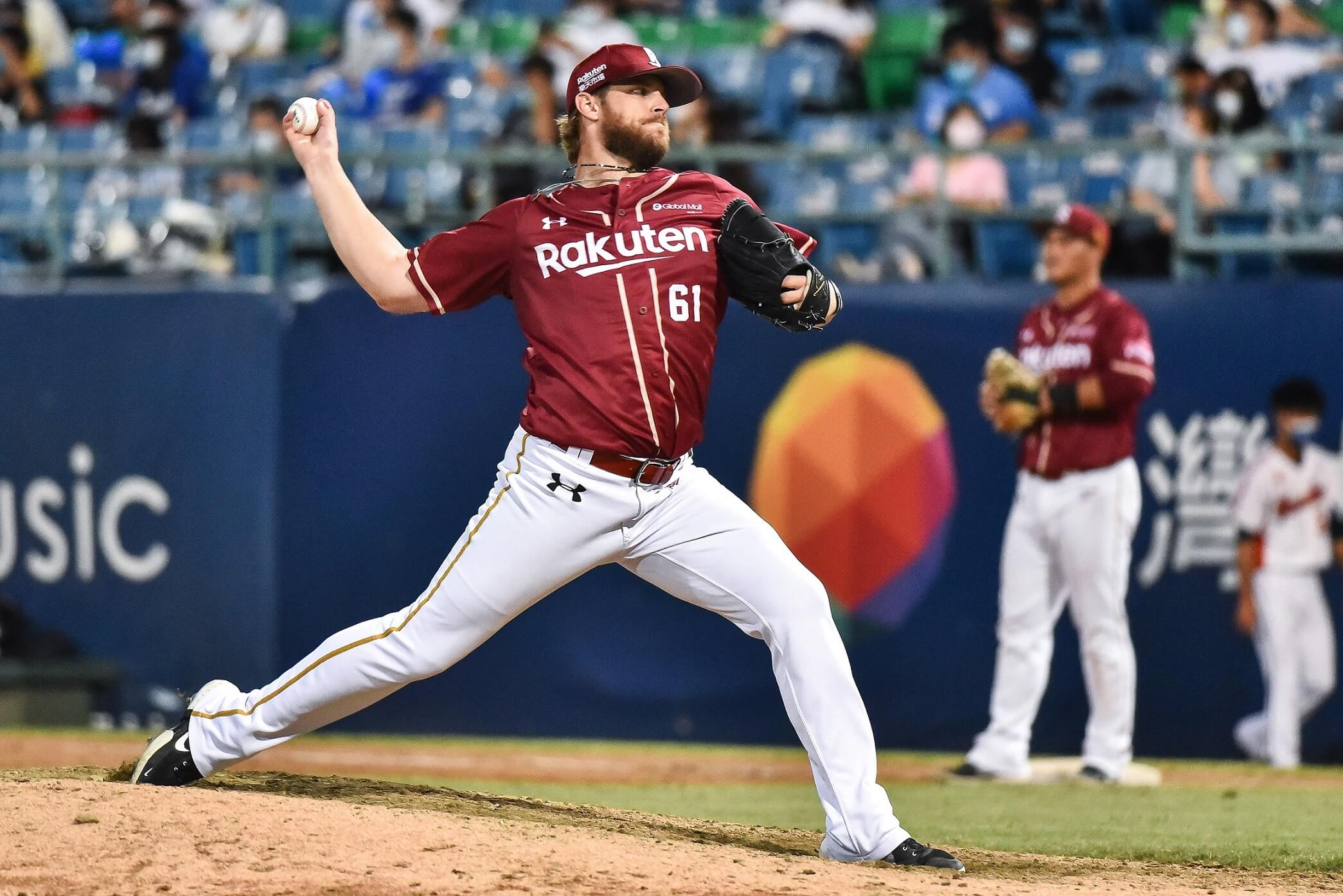 On January 8, the Rakuten Monkeys have re-signed Bradin Hagens for the 2022 CPBL season. The 32-year-old American right-hander will return to Taiwan for his second season in the CPBL.

Okay, technically, the Monkeys have not officially announced the re-signing, but the league has already filed the special entry permit visa for Bradin Hagens.

This is the case that the team will need to have a contract before filing for a work permit and visa. Therefore, one can safely assume the Monkeys have re-signed Bradin Hagens.

Due to the coronavirus pandemic, Taiwan has imposed a strict border restriction, which is why the CPBL is applying for foreign players’ visas in bulk. The first “soft cut-off date” was on January 8. According to Liberty Sports, it will take roughly 3-4 weeks for CDC to approve the application.

Bradin Hagens began his 2021 season as a starting pitcher. However, he found his true calling as a reliever and eventually became one of the foundations of the Monkeys bullpen.

In over 53 outings, Hagens posted a solid 2.79 ERA and 1.29 WHIP across 80.2 innings of work. During his time in Taiwan last year, he set the new CPBL record by making 25 consecutive appearances without allowing a run.

Congratulations to the Rakuten Monkeys Bradin Hagens to go 25 consecutive appearances without allowing a run.