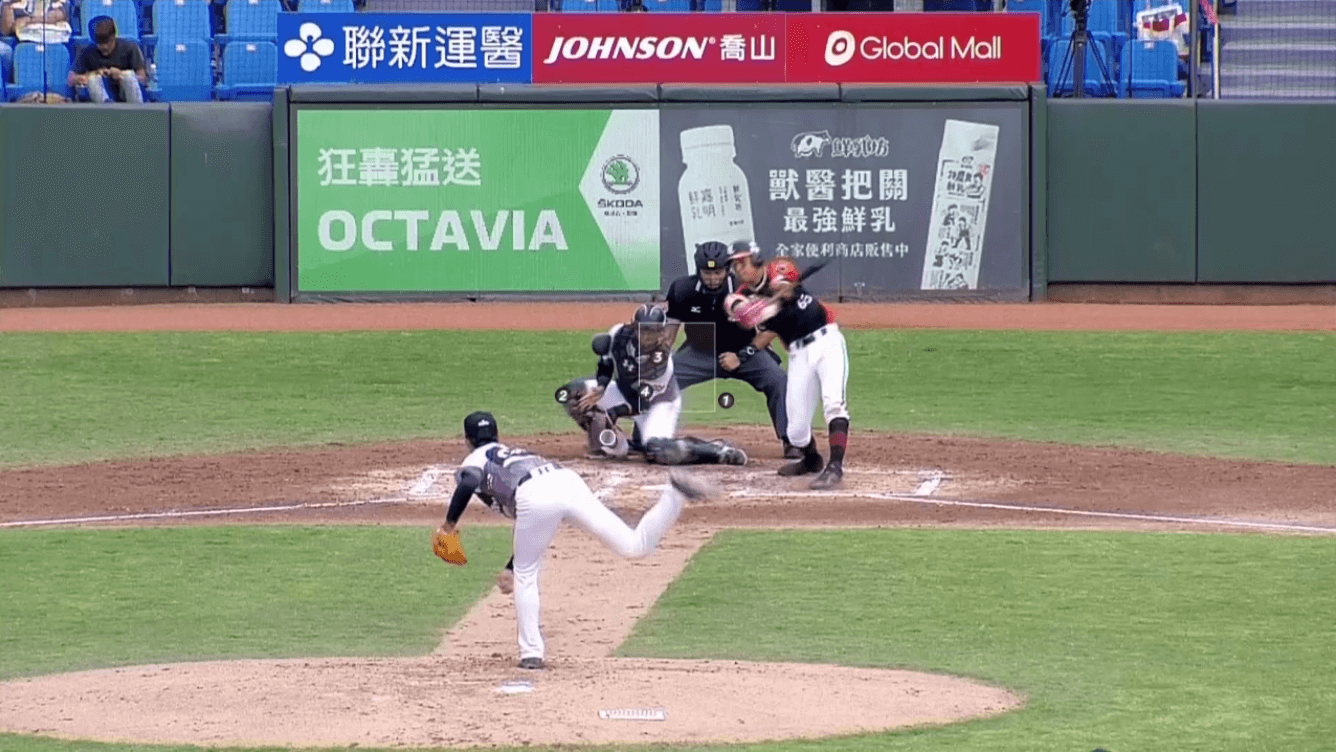 Frankly speaking, the Lions are not doing well on the offensive end, while players are suffering from injuries. We tend to look at the plate discipline statistics to find out how are they swinging the bat and protecting the strike zone.

Although strikeout rate does not always have a strong relationship with offensive production, we will walk you through the plate discipline stats for the Uni-Lions.

Most CPBL advanced statistics are not available to the public, but thanks to the broadcasting team of Taoyuan Stadium, we were able to archive the K-Zone (Virtual Strike Zone) at the Monkeys’ home games.

We went through two series (April 9-10, 26-28) and obtained the statistics. Here are the plate discipline stats for Uni-Lion’s team throughout the five games. Of course, it is impossible to generalize the performance throughout the season, but the extremely low Swing% is worth taking a close look.

The 21.2% O-Swing% means the Uni-Lions only swung at 21% of balls seen outside the zone. In other words, they are patient.

Furthermore, 63%, 87% and 81% Contact numbers are not bad, but why are they recording tons of punch outs? Patience could be one of the major factors here. The Uni-Lions have had stared and swung at balls carefully, but CPBL umpires tend to call on corner pitches.

The case below is a great example, on a 1-2 count, a fastball off the plate was called a strike against Chen Chieh-Hsien, who only struck out 95 times in 1262 plate appearances throughout his young career.

Uni-Lions have handed their destiny to the umpire on two strikes counts, while they believe their “patience” might keep them alive at the plate.

Now, let’s go through the players who had at least ten plate appearances in the two series.

Leadoff man 陳傑憲 (Chen Chieh-Hsien) had always been excellent at protecting his strike zone. The 5.3% O-Swing% mirrors his patience at the plate, and 71.4% Z-Swing tells his aggressiveness on strikes. Unfortunately, the Uni-Lions are still struggling to find out someone to replace Chen after his hit-by-pitch injury.

Similar stats had shown on 高國慶 (Kao Kuo-Ching) as well. Although the 41-year-old veteran can distinguish balls outside the zone well, he recorded an awful 83.3% Z-Contact%, which had missed opportunities to crash the baseball. Even though he had missed tons of strikes, we do not blame him due to his .321 OBP and 10.26 BB%.

郭阜林 (Kuo Fu-Lin) is aggressive, he swung at nearly 80% of balls seen inside the plate and made contact with 90% of them. As for why Kuo has been struggling since the opening day, we might find a piece of evidence in his 42.9 O-Contact%. Although he only attempted to hit at 23% of balls, he missed over half of them, which dragged his Contact% down to 79%.

It is a somewhat similar case for 陳重羽 (Chen Chung-Yu), who has a 50% O-Contact% and an 81% Contact%. Now here is a breaking ball from Monkey’s rising star 翁瑋均 (Weng Wei-Chun), which Chen chased and missed.

With the team having the highest strikeout rate in the league, the Uni-Lions currently have a .245 AVG and .310 OBP, which are in the bottom of the league. We hope the Lions will do a better job in the second half of the season with players returning from the disabled list. [Team stats from May 14, 2019] 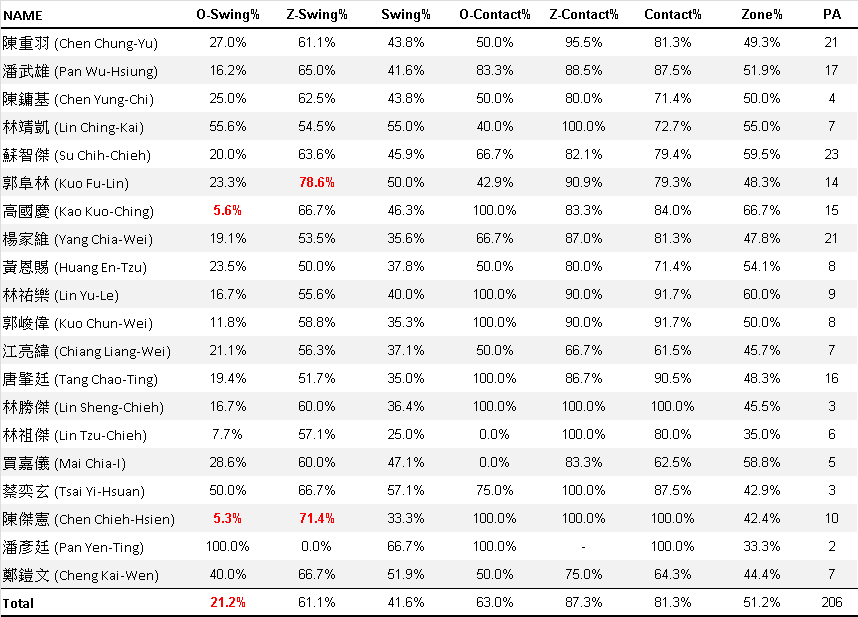