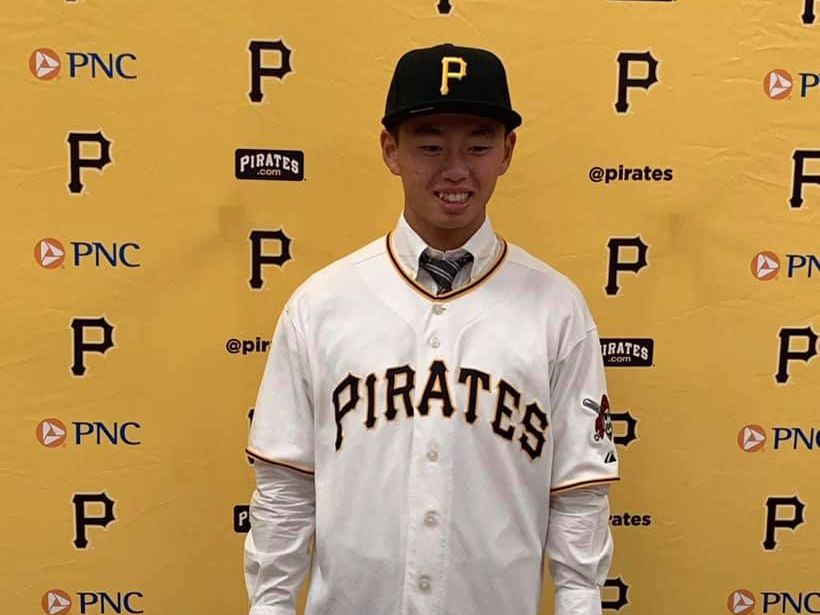 A few weeks ago we reported that the Pittsburgh Pirates were close to signing 鄭宗哲 (Cheng Tsung-Che / ). On July 10, the Pirates have officially signed the 17-year-old high school shortstop for $380,000 USD with $60,000 in educational expenses.

Notes: In our previous blog post, we used the name “Zheng Zong-Zhe” as per his Facebook page. There are four different ways to romanised Taiwanese name. Cheng Tsung-Che is using the Wade Giles system.

It turns out the Pirates were not the only teams pursuing Cheng Tsung-Che. There were at least two other MLB organisation offered a contract to Cheng. The amount said to be around $300,000 USD.

“The Pirates has shown the most initiative during the signing process”, said Cheng Tsung-Che. “They told me the organisation would do their best to develop me as a player.”

“It is a dream come true to play professional baseball in the United States. I look forward to competing and learning with players from all over the world.”

With Cheng Tsung-Che signing with the Pittsburgh Pirates, he will be the tenth Taiwanese that join the Pirates’ organisation since 2009.