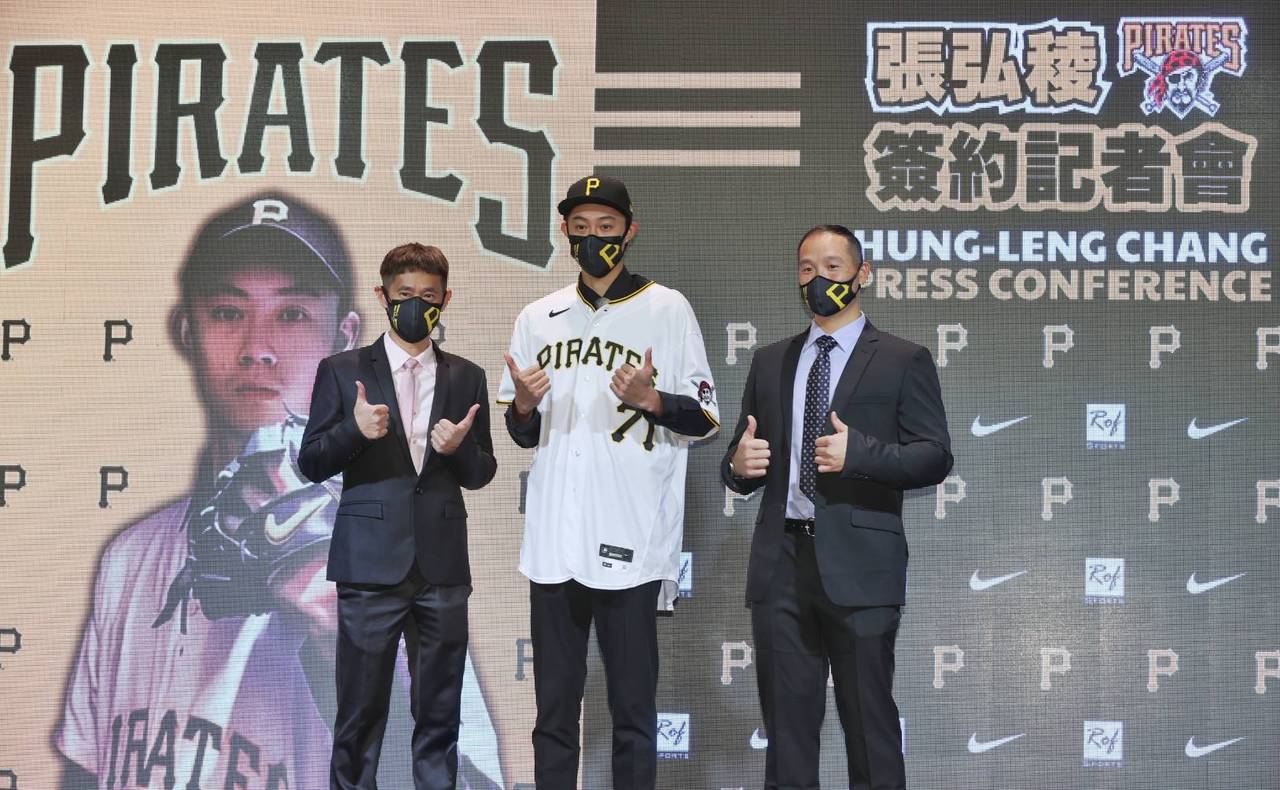 On January 12, Libert Sports jumped the gun and reported that the Pittsburgh Pirates had signed 20-year-old Taiwanese right-hander 張弘稜 (Chang Hung-Leng) as an international free agent.

“I am honoured to be signed by the Pittsburgh Pirates,” Chang Hung-Leng told ETtoday. “I will work hard and do my best to work my way up the Pirates system.”

“Hung-Leng has a lot of potentials, and the team has high hopes for him,” said Max Kwan, the Pirates’ Assistant Director of Player Personnel.

It seems the Pittsburg Pirates was not the only team targeting Chang Hung-Leng. As per ETtoday, the Toronto Blue Jays, San Francisco Giants, Detroit Tigers, and the New York Yankees were also looking at him.

Chang Hung-Leng has a lanky build with long arms and legs. He stands 190 cm and weighs 76 kg. On multiple occasions, Chang mentioned to the media that he wants to bulk up in order to be more competitive.

He has six pitches in his pitching repertoire: 4-seam fastball, slider, changeup, curveball, splitter and cutter. According to Chang, he added the cutter back in 2020 for him to mix it with his 4-seam fastball.

Chang’s fastball sits typically around 145 kph and can touch 151 kph (93.9 mph). His best breaking pitches are probably his changeup (132 kph), slider and curveball (121 kph). But just like any young amateur pitcher, he needs refinement on his command.

Chang Hung-Leng was one of those players everyone thought he would go overseas after graduating from high school. Perhaps it is pandemic related, but he stayed in Taiwan and spent the second half of 2020 playing for Taiwan Power Company in the industrial league (semi-pro).

In 2021, he started working out with the CTBC Brothers farm team, which many people suspected could be a sign that he might enter the 2021 CPBL draft. But after discussing with his family, Chang decided not to enter the CPBL draft and will still chase his MLB dream.

With this signing, Chang Hung-Leng became the third active Taiwanese player within the Pittsburgh Pirates system. He will join Chen Po-Yu (RHP) and Cheng Tsung-Che (SS).

With this signing, Chang Hung-Leng will join Chen Po-Yu (RHP) and Cheng Tsung-Che (SS) as the third active Taiwanese player in the Pittsburg Pirates system. Since 2009, the Pirates had signed 12 Taiwanese players, with Wang Wei-Chung (LHP) being the only player that made it to MLB.

On January 18, the Pittsburgh Pirates and ROF Agency held a signing press conference for Chang Hung-Leng. At the press conference were Chang’s parents, scout and minor league coach from the Pirates organisation.

“Hung-Leng is a very talented young man and has the ability to be a MLB pitcher, and a great professional, we can’t wait to get started working with him,” said the Pittsburgh Pirates general manager Ben Cherington. “We are very confident that we have the environment needed to support his development on the field and off the field.”

“My goal is to make my MLB debut after four years,” said Chang Hung-Leng. “I would love to face Shohei Ohtani and Vladimir Guerrero Jr. in MLB.”

Chang Hung-Leng also revealed that he already started working with the Pirates’ minor league strength coach on gaining weight. At the moment, Chang is sitting on about 76 kg, but the Pirates organisation want him to increase it to 95 kg.