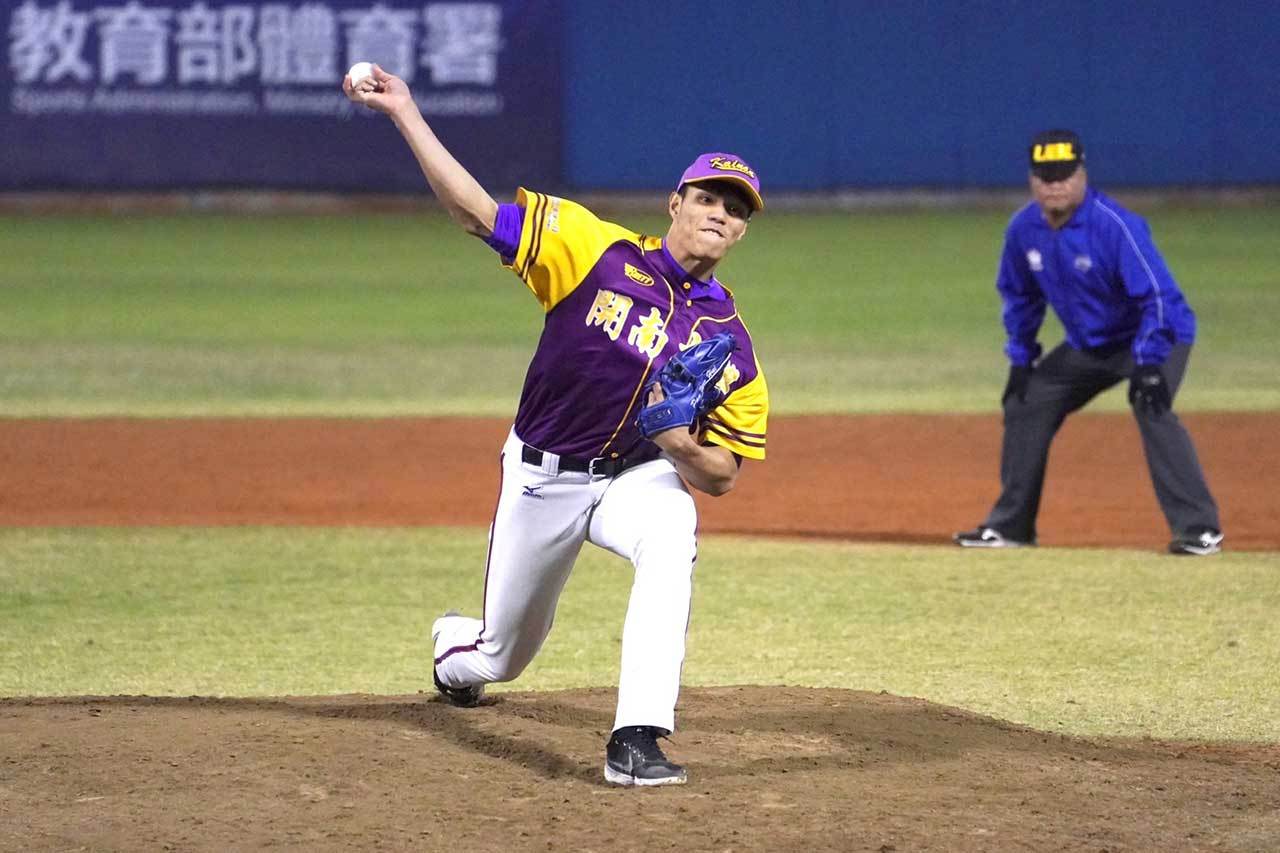 On January 14, the Philadelphia Phillies signed 20-year-old Taiwanese fireballer 潘文輝 (Pan Wen-Hui) as an international free agent. According to the media, a signing press conference is scheduled on January 16.

At the signing press conference, the Phillies’ scout told UDN that Pan Wen-Hui is set to depart for the Phillies training facility in the Dominican Republic on January 21. After that, he will report to Florida.

20-year-old 潘文輝 (Pan Wen-Hui) is officially a member of the Philadelphia Phillies family! (📷 via Vamos Sports).

At the press conference, Pan revealed that he hopes to reach MLB within 5 years.

Pan Wen-Hui stands 188 cm (6’2) and throws an overpowering fastball that tops out at 158 kph (98.2 mph). As for the breaking pitches, he has a slider, curveball, changeup and an above-average splitter in his repertoire. But like a lot of young amateur pitchers, he has some command issues.

The young Taiwanese fireballer came under the media spotlight in 2019 when he threw 155 kph (96.4 mph) in a high school tournament at the age of 16. Since then, whenever Pan Wen-Hui is on the mound, the stands would be packed with scouts from MLB, NPB and CPBL.

Over the years, Pan Wen-Hui represented Taiwan as a member of the U-18 and U-23 national teams.

His most recent international outing was the 2021 U-23 World Cup, where he struck out five over four scoreless innings of relief work against the batters from Mexico, Venezuela, Dominican Republic and Colombia. His fastball velocity reached 97 mph in that tournament.